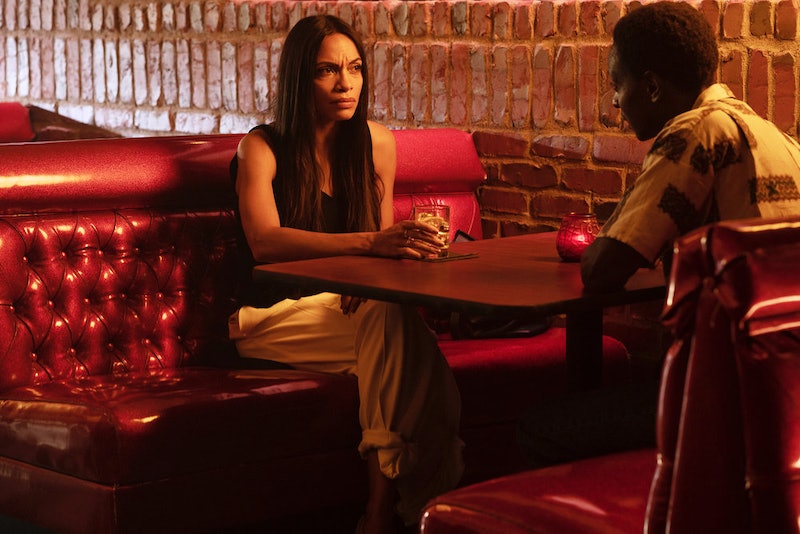 Briarpatch on USA Network is essentially a crime story, but unlike USA's rerun staple Law & Order: SVU, the whodunnit thriller is not "ripped from the headlines." Created by former TV critic Andy Greenwald. Briarpatch is based on a 1984 fiction novel by crime writer Ross Thomas. The book Briarpatch follows Benjamin Dill, a Washington D.C. investigator who returns to his small hometown after his homicide detective sister is murdered in a car bomb explosion. Greenwald, who parlayed his critic career into screenwriter on FX's remarkably wacky show Legion, follows the basic plot of the book for the TV series, but there are some significant changes to the source material.

The official bio for Briarpatch notes the 10-episode first season of the anthology series "celebrates" the genres of crime and pulp fiction in Thomas' book. But the show updated the book "for a new generation." As he explained on The Dave Chang Show podcast, Greenwald wrote the lead character to be female (Benjamin Dill became Allegra Dill) before Dawson was attached to the show. "Someone returning to their bad hometown to deal with sh*t is a very oft-told story and particularly, masculine told story," Greenwald explained. "I was much more interested in a female perspective." Along with making Benjamin Allegra, he added a female police chief (played by Kim Dickens of Fear the Walking Dead) to be "a really unique antagonist to Rosario's character."

Another core change he made was making the setting a fictional Texas town on the U.S.-Mexico border. Texas Monthly wrote that Briarpatch's setting of San Bonifacio is loosely inspired by El Paso and adds to the specifics of the story, unlike Thomas' unnamed town in the novel. "My favorite show of all time is Twin Peaks," Greenwald told Texas Monthly. "And that was as much about creating a fictional place that felt like it could be real as it was about a murder."

The new setting also allowed Greenwald and his writers' to take on a storyline about the border. Texas Monthly reported how the show brought in Francisco Cantú, a Mexican-American border patrol agent who wrote about his experiences in the memoir The Line Becomes a River, as a consultant to add authenticity to a unique-to-the-TV-show border patrol agent character. "I was very mindful of that's not my story to tell," Greenwald said on The Dave Chang Show. Cantú told Texas Monthly he was impressed with how the show was focused on "capturing a sense of place and bringing nuance to the borderland."

Besides new characters and a new setting, Briarpatch also delves more into the surreal (Greenwald did work on Legion after all) than the book did. For instance, Dawson told Entertainment Weekly how all the town's zoo animals being let out before Allegra arrives back home is a Greenwald invention that added a "wild" aspect to the series.

So even if characters and elements of the gritty crime that Allegra is trying to solve in Briarpatch will feel real, the show is far more Twin Peaks than true crime.

More like this
The 'Reasonable Doubt' Cast Includes A 'Save The Last Dance' Reunion
By Grace Wehniainen
'Grey's Anatomy's New Intern Got Advice From Dr. Bailey Herself
By Grace Wehniainen
Paul Mescal, Man Of Mystery
By Samantha Leach and Heather Hazzan
Nicola Coughlan’s Description Of Meeting Olivia Colman Is Just So Nicola Coughlan
By Sam Ramsden
Get Even More From Bustle — Sign Up For The Newsletter