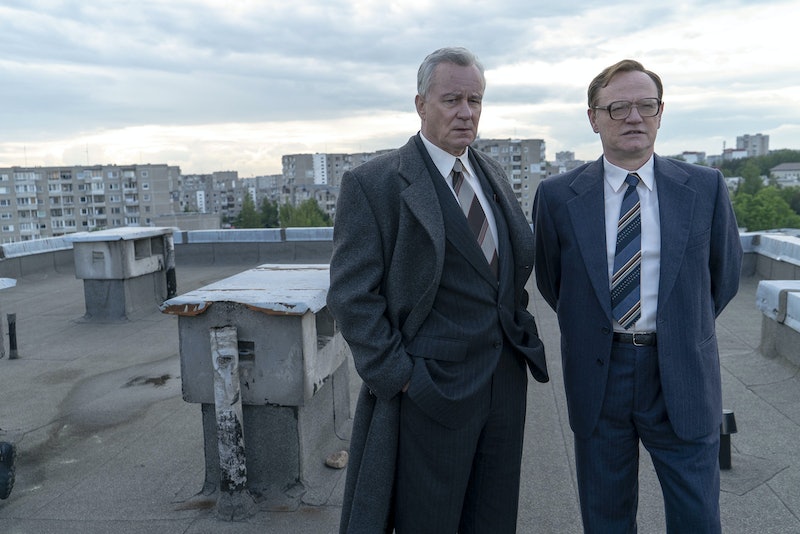 Most people who were alive at the time know something about the events that took place in Chernobyl. But for those born after the disaster happened in 1986, and who didn't see the tragic events occurring in real time on the news, the ins and outs of the world's worst nuclear catastrophe might still be unfamiliar. HBO's thrilling new miniseries, Chernobyl, will dramatises the awful events that took place. But for those outside of America and for those who don't have Sky Atlantic, will Chernobyl be on Now TV?

Well you're in luck, Chernobyl has already launched on Sky Atlantic, meaning it is in fact available on Now TV. And all further episodes will be release on Now TV as the series unfolds. Made by Sky and American channel, HBO, Chernobyl was released on both sides of the pond on May 6.

The new television series, which is five episodes long, breaks down what took place and what went wrong at the Chernobyl Nuclear Power Plant in the Ukrainian SSR. According to the World Nuclear Association, on Apr 25 to 26 1986, a steam explosion took place at the Chernobyl plant causing 5% of the radioactive reactor core to be released into the atmosphere.

Immediately after these events, two workers died and a further 28 people lost their lives over the coming weeks. Because of the harmful radiation that was released into the surrounding area, many people were diagnosed with acute radiation syndrome (ARS) as a result of the Chernobyl accident.

It's still thought to be one of the world's worst human-made disasters, and to this day there is still an exclusion zone in place for the area in which the explosion took place. The surrounding neighbourhood was abandoned because of the contamination. According to the BBC, "the event affected more than 3.5 million people and contaminated nearly 50,000 square kilometres of land." The publication also reports that some 5,000 cases of thyroid cancer were caused by the contamination. Luckily, most cases were treated and cured.

The chilling drama in part follows Valery Legasov, a physicist and chief of commission investigating the disaster, played by Jared Harris. The miniseries illustrates the toll the tragic incident took on the country but also on Legasov himself. Chernobyl also explores the events directly following on from the disaster, and how the seriousness of it was downplayed and, at times, the show suggests even covered up.

Other familiar faces in Chernobyl include Oscar-nominated Emily Watson, Thor and The Avengers star actor Stellan Skarsgård, and Taboo's Jessie Buckley. Directed by Johan Renck, and written by Craig Mazin, Chernobyl perfectly encapsulates the heart-breaking tragedy, and how much it impacted lives all over the globe.

This is by no means an easy watch, but it does bring to light what occurred after the tragic incident three decades ago, a tragedy whose effects are still felt today. For audiences new to the events on that day, Chernobyl is the perfect TV series to watch this May.