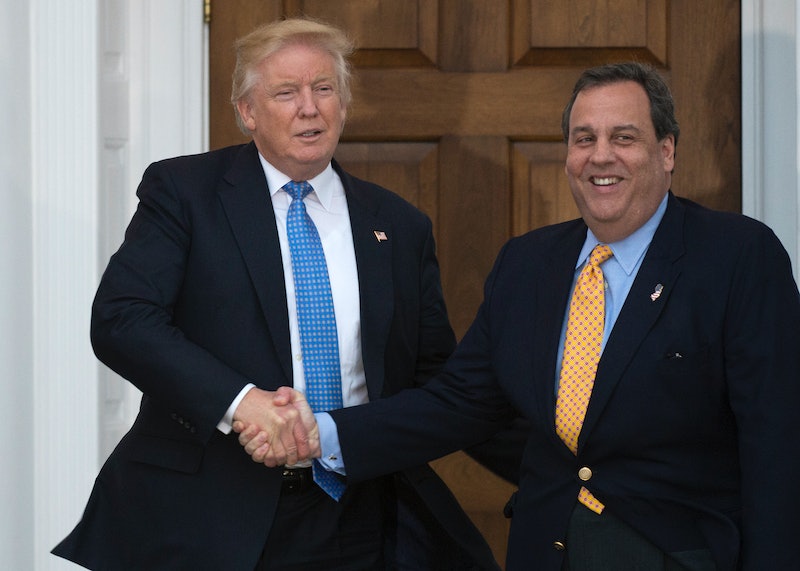 The widely dreaded presidential inauguration is finally here, and although there's nothing to be done about who's being sworn in, there's a lot to be ascertained from who's in attendance. Is Chris Christie at the inauguration? The politically troubled New Jersey governor said he'd absolutely make an appearance at Donald Trump's inauguration.

"I will be there," Christie told sport radio host Mike Francesca, NJ.com reported.

Earlier: Christie's position within the Republican party has been the subject of intense interest since the anticlimactic end of his presidential campaign. He was one of the first former candidates to endorse Trump, and (hilariously) stood by his side when it started to become apparent that Trump would be the Republican presidential nominee. That may have been the beginning of the end for Christie's relationship with Trump, since he pretty much only helped generate bad press for the campaign.

Christie was originally chosen to head the presidential transition team, but Trump decided to put Mike Pence in charge instead once the White House became an eventuality instead of a slim possibility. The infamous Bridgegate scandal also seems to have had an impact on Christie's removal from the transition team — three of his close advisers were also removed from the transition when a federal court convicted two of Christie's former employees. Christie has always denied being involved with the Bridgegate situation.

Since then, Christie's barely made any headlines, causing some high-profile pundits to conclude that his political career is effectively over. According to CNN, he may have shot himself in the foot — he reportedly rejected Trump's offers to lead both the Departments of Homeland Security and Veterans Affairs, as well as the ambassadorship to Italy, holding out for the Attorney General spot. However, that nomination ultimately went to Sen. Jeff Sessions, leaving Christie without much room for growth in the next four years. His governorship ends in January 2018, and without a strong relationship with the de facto leader of his party, he could have trouble finding a niche within the GOP to fill for the remainder of his career.

Christie's appearance at the Trump inauguration could indicate that he may have finally found a place within the administration, even if it's just as a supporter. But without Trump, Christie isn't going to be able to accomplish much in the next four years, particularly once his term as governor ends. He'll need to figure out how to cement that relationship if he wants to continue on in Republican politics, and showing up to the inauguration is a good start.