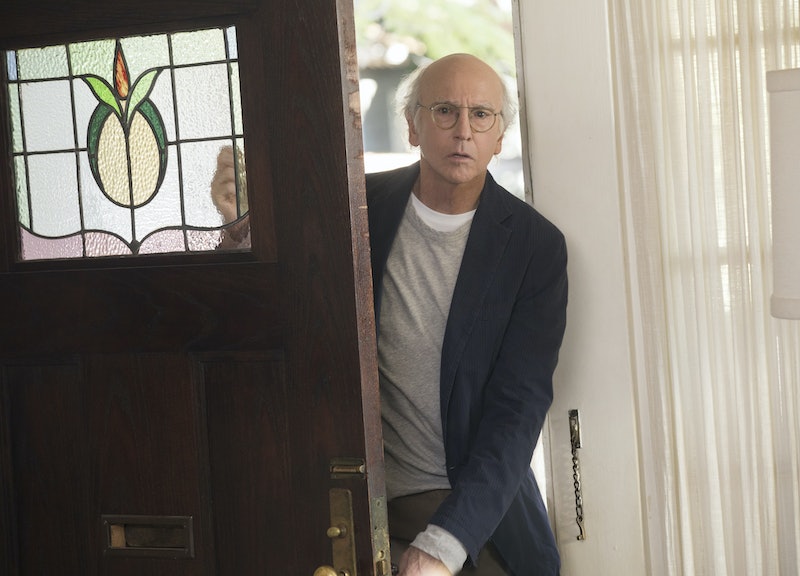 There's lots of new shows premiering, but this fall, comedy fans are excited about the return of long-absent HBO comedy Curb Your Enthusiasm. While the show originally premiered back in 2000, and aired its most recent season in 2011, Curb is bringing its all for 2017. It's the return of a long-absent series, there are reportedly tons of guest stars, and it's a half-hour comedy about the life of a comedian (who doesn't spend much, if any, of his time doing comedy). The only way the show could play into more current TV trends is if Curb Your Enthusiasm was a miniseries. In reality, it isn't a miniseries, just another entry in this show's staggered production history, but Curb has never operated on a normal TV schedule.

Because it's largely improvised, relies heavily on guest performers, and so much of it comes from the mind of Larry David, there are often breaks, gaps, or interruptions when David is busy with other ideas. For example, between the time Curb went off the air and its 2017 return, David wrote and starred in his HBO movie, Clear History in 2013, wrote and starred in A Fish in the Dark, a Broadway play, and recurred on Saturday Night Live as Bernie Sanders, including a sketch directly comparing the former Democratic candidate for president with David's socially inept Curb character.

Usually, a show is deemed a "miniseries" when there's no chance it will return for additional seasons, either because the story naturally comes to an endpoint, or because the network/creatives involved are finished with the project. For example, while Big Little Lies made a huge impression earlier in 2017, and just won big at the 2017 Emmy Awards, the series was based on a book, the show's central mystery was resolved in the finale, and the cast was so big, and so impressive, that all of the central women are now surely busy with other projects, meaning that even if HBO wanted to return for a second season, it would pretty much be nearly impossible. Hence, it's the perfect example of a miniseries.

But unlike Big Little Lies, and unlike most shows, Larry David has pretty much always had cart blanche at HBO to make more Curb when the mood strikes him. In 2011, when the eighth and until now, last season ended, HBO said they were "cautiously optimistic" about David returning for additional seasons, according to Deadline, which also wrote that "the long hiatus between Seasons 7 and 8 seems to have helped the show, which is getting some of its best reviews, while whetting viewers’ appetite, which has translated to strong ratings." Perhaps this protracted return will actually turn out to be a boon for the show and lead to more.

So while Curb has been missing for a while, generating the belief by fans that it was going to be over — David has been around, gathering more petty grievances, weird social constructs, and things to be upset about for Curb Your Enthusiasm's ninth season, which executive producer Jeff Schaffer promised Entertainment Weekly will be "supersized" because David collected so much material that he wanted to include in the season's 10 episodes over the past five years.

So whatever happens after this season of Curb Your Enthusiasm, it's in Larry David's hands — and it doesn't seem like there's any hiatus long enough that will stop HBO from signing up for more episodes from this irascible comedic character. So, consider the show ongoing unless David ever says otherwise. After all, if it can return after a six-year break, pretty much anything is possible for this series' future.

More like this
'Reservation Dogs' Season 3 May Finally Mend Bear & Willie Jack’s Relationship
By Gretchen Smail
Glenda Cleveland Died 2 Decades After Trying To Turn In Neighbor Jeffrey Dahmer
By Brad Witter
'Grey's Anatomy's New Intern Got Advice From Dr. Bailey Herself
By Grace Wehniainen
Caleb McLaughlin Details Racism From 'Stranger Things' Fans
By Radhika Menon
Get Even More From Bustle — Sign Up For The Newsletter