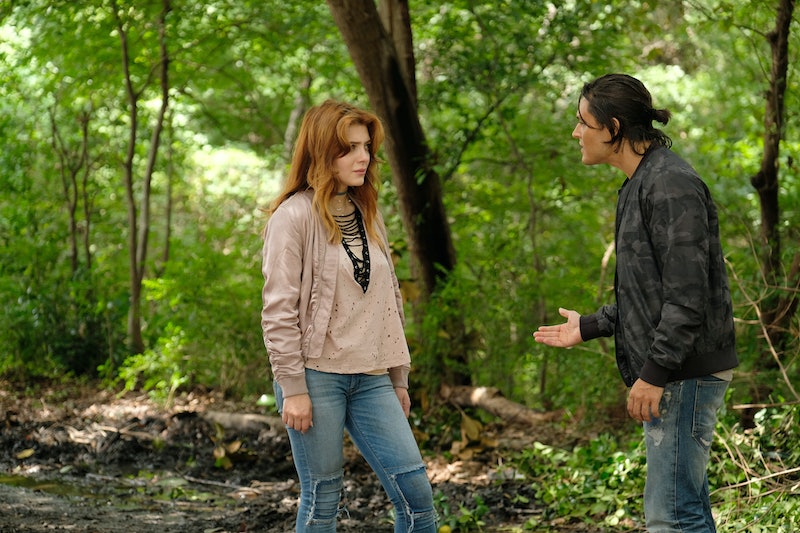 The mutants in FOX's new X-Men drama The Gifted are more obscure than the team moviegoers have gotten to know so well over the last couple of years. For example, Dreamer from The Gifted is from Marvel comics, even though many things about her have been updated and changed in order to better fit the TV series. The character, played by Elena Satine in the show, originally was named Beautiful Dreamer, and her history goes back to the mid 1980s — a prime time for eccentric and even, "Uncanny" (get it?) X-Men to join the team. Her name was changed for The Gifted, and that's probably for the best, as the "Beautiful" makes it an uncomfortable moniker. She also was given the birth name "Sonia," while her real name remained a mystery in her Marvel comics iteration.

There is one big similarity between the two versions of the character, and that's her powers. As they are in The Gifted, Dreamer's powers in the comics are the ability to psionically control people by using a bright pink cloud of dust to affect their memories and dreams. On the show, she can motivate characters by convincing them they've fallen in love. In the comics, as a fully matured mutant in total control of her powers, she implanted false memories into the entire Power Pack, a group of four teenage X-Men with their own comic series dating back to 1984. In that arc, Beautiful Dreamer's powers were sophisticated and able to create a false dream reality where the Power Pack believed that the villain Annalee, who had lost her own children, was their mother.

However, in the comics, Beautiful Dreamer is also able to erase the fake memories and dreams she's implanted, while on The Gifted it's more ambiguous whether or not her powers will have permanent effects on her victims' psyches. Ultimately, in the comics Beautiful Dreamer dies from the Legacy Virus, which supercharges her powers and then kills her.

And in the comics, Beautiful Dreamer isn't actually one of Professor X's charges or a young hero-in-training. This mutant is canonically a part of the Morlocks, the villainous group of mutants led by the evil Castillo and Masque, who live in the sewers and consider themselves outcasts that cannot mix with the rest of society. On The Gifted, Dreamer has faced ethical quandaries about when and how she should use her powers, but she's certainly not an evil person — she's still learning, just like the rest of the mutants.

Taking this character from a villain to a complicated hero is a good choice. Because even the most evil mutants, like Magneto or Masque, usually have understandable motives. Rejected by their families and by society, the members of the Morlocks retreat underground in order to escape persecution, and some of that sensitivity has definitely made the transition from comic book page to screen in Dreamer's character, who is part of a team for the first time.

But it's possible that eventually Dreamer will turn down a darker path, the way she does in the comics. Right now, she's just another mutant looking for acceptance, but if she continues to use her powers, she'll become alienated from the other future X-Men. Before Dreamer used her powers on the members of the crew, Thunderbird made it clear that he considers them an unfair shortcut rather than a useful trick. And even when Dreamer does use her powers to make Blink believe that she and Thunderbird have a shared romantic history, it was Dreamer's real memories that motivated her to use her powers and save the team, not the possibly permanent implanted ones.

Surely, Dreamer's actions will have consequences on The Gifted, and it may mean that this complicated character could wind up echoing her journey in the comics.

More like this
This Episode 6 Moment Foreshadows Viserys' Fate On 'House Of The Dragon'
By Grace Wehniainen
Nicola Coughlan Shared A Lady Whistledown Excerpt From ‘Bridgerton’ Season 3
By Grace Wehniainen, Alyssa Lapid and Sam Ramsden
The 50 Most Powerful Characters In The Marvel Universe, Ranked
By Johnny Brayson and Nola Pfau
Harry Lawtey Is Weighing Up The Price Of Success
By Olivia-Anne Cleary
Get Even More From Bustle — Sign Up For The Newsletter