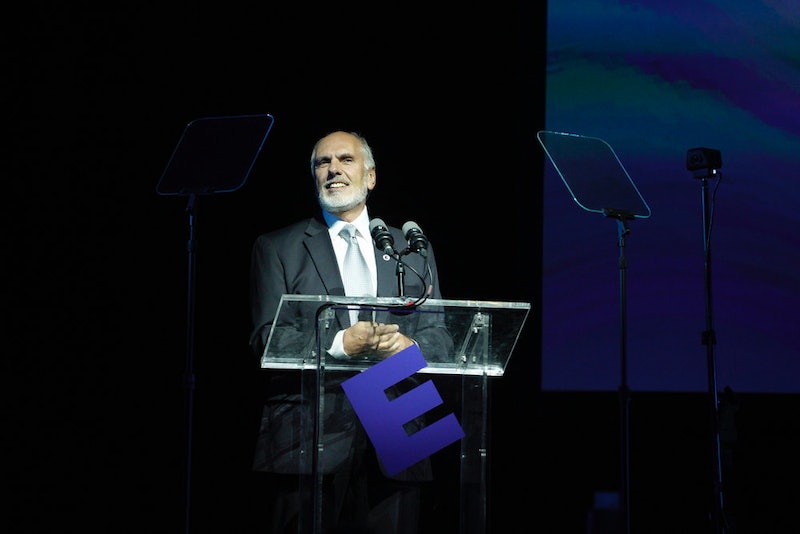 E Corp has been an essential part of Mr. Robot from the very beginning. No matter what happens in Mr. Robot, the show always comes back to fsociety's mission to take the corporation down for good. E Corp may be Elliot's target on Mr. Robot, but is the company a stand-in for an actual multinational conglomerate? Is E Corp based on a real corporation?

E Corp, or "Evil Corp," as Elliot calls it, is a conglomerate that has their hands in everything from realty to technology manufacturing and media production. Most prominent among their many companies — most emblazoned with their giant "E" — is E bank, possessing the vast majority of consumer credit. Elliot hopes that by wiping out E Corp, fsociety will be able to free millions of people from debt. This would destabilize the U.S. economy, but fsociety believes that the ends justify the means.

So is there a real company that, if they were hacked, could free millions of people of debt? There's no direct equivalent of E Corp, whose ownership and branding of everything from computers to digital currency can border on cartoonish at times. (Then again — almost everything seen in Mr. Robot through Elliot's eyes is an altered version or reality.) Creator Sam Esmail has never confirmed that E Corp is based on a particular real company, but there are a few that could have at least loosely influenced the concept.

Possibly the most obvious comparison point for Evil Corp is Enron, the energy company that in 2001 was embroiled in a massive scandal. Through loopholes in accounting and other illegal methods, the company attempted to hide billions of dollars in debt, eventually filed for bankruptcy. And Enron is now best remembered as a prominent example of large-scale corporate fraud. Enron's influence on E Corp is so apparent, that Mr. Robot creator Sam Esmail revealed to Gizmodo that the Evil Corp logo is "totally the Enron logo," as both are the capital letter E angled onto its side. "It’s not like they’re going to sue us for it," Esmail laughed.

While Enron — no longer an active company — invokes the corruption that Elliot and fsociety have targeted within E Corp, the structure of E Corp itself has more in common with conglomerates like General Electric. General Electric doesn't have a hold of the entire economy the way that E Corp does in Mr. Robot, but definitely has a great deal of assets and influence. And much like E Corp has its hands in many different markets, GE has divisions focused on energy, transportation, healthcare, global research, and credit. If GE also happened to be the world's #1 bank and was combined with a tech company like Apple, they would have about as much influence over the world as E Corp does on Elliot's reality.

Evil Corp itself is a mixture of the structure and reach of real-life multinational conglomerates plus a nightmare or financial corruption. While E Corp has its hands in every pie, it's no mistake that the show focuses primarily on the Bank of E, Ecoin, and E Corp's other financial interests. Mr. Robot points a finger firmly at "the top 1% of the top 1%," and the members of fsociety reject the influence and importance of corporate banks on democracy. E Corp may be everywhere, but it's really the banks that fsociety are most interested in taking down.

Certain aspects of E Corp may be based on a variety of real businesses, but, thankfully, there it no conglomerate on Earth with as much reach or influence as Elliot's target. Mr. Robot is, among many things, a fantasy about actually being able to bring about a revolution and take down a major corporation. Of course, sometimes a fantasy can turn out to be a nightmare, as Elliot learns in Season 2.