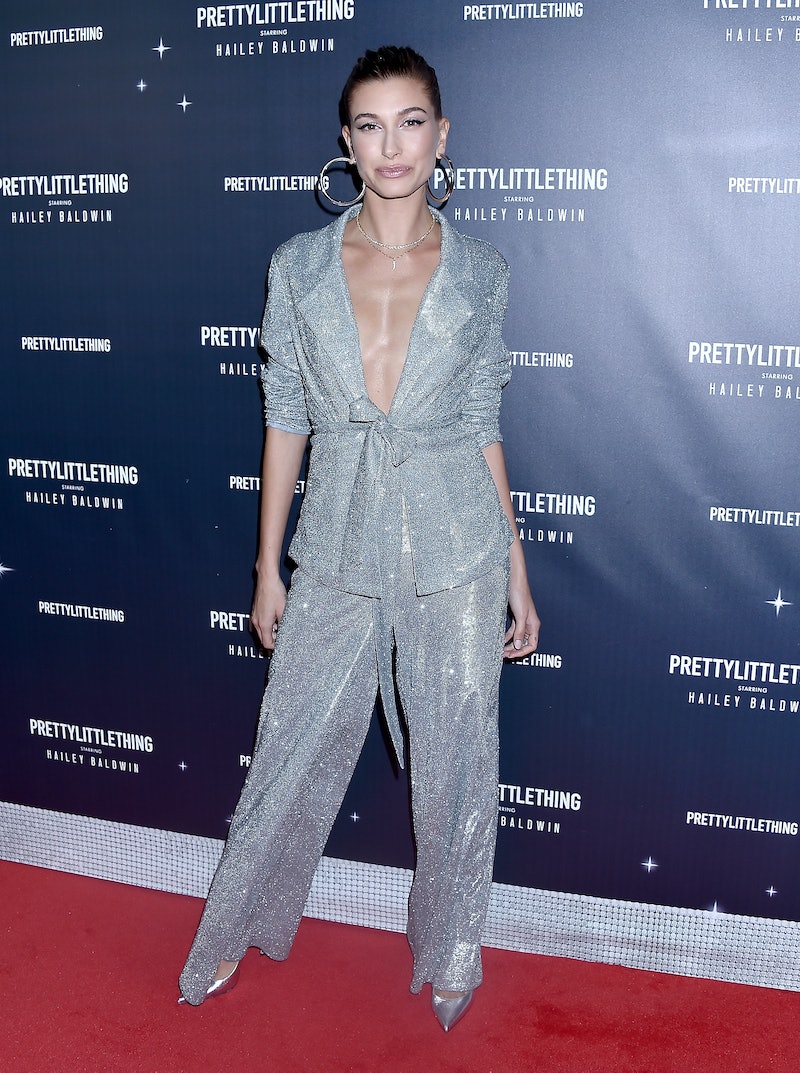 Celebrity hair is big news. Whether it's Shawn Mendes braiding Camila Cabello's hair or Ariana Grande refusing to give up her pony, stars' hair moments are just as big as their style ones. Now, you can add Hailey Baldwin's bob haircut to the list of hair changes to keep up with Hollywood.

Baldwin, or the new Mrs. Bieber if you like, took to her Instagram story to showcase a majorly cool new bob. Fans of the model may be confused about that news considering that Baldwin actually already had a bob. The difference, however, is several inches of now missing hair.

In the Instagram story, fans can see that Baldwin's typically shoulder length bob has been shorn to rest just below her chin. Sure, transitioning a bob to a new bob may not sound like such a major chop, but given how short she chose to go, the change is a pretty obvious one.

The question, however, isn't just how much she chopped off, but if she actually did it. After all, celebrities and wigs aren't exactly strangers. Plus, in the story before the one showcasing her new bob, Baldwin was rocking some seriously long extensions. Clearly, major hair changes aren't exactly reliable just look at the number of times the Kardashians change their locks.

According to Refinery29, though, his haircut is very real. The publication talked to Baldwin's hairstylist Melissa Parizot who revealed that she did, in fact, chop five inches off of her mane. Parizot explained to Refinery that she and Baldwin agreed on the chop and the length so that the model could wear her hair down in a low maintenance way.

Baldwin's hair news is far from young Hollywood's only mane related news. In fact, it seems like celebrities' hairstyles are becoming more iconic than their fashion and makeup choices.

Only a few days ago, Camila Cabello made news with her BFF Shawn Mendes when she sat down and let him braid her hair backstage. Basically, the pair created one of the cutest hair-related moments of the year.

Then, there was that moment when the world thought Ariana Grande's ponytail may have disappeared. The "Thank U, Next" singer appeared on her Instagram account with a bob — though not nearly as short as Baldwin's — that had the internet shook. Turns out, however, that the bob was simply the hair she wore for her embodiment of 13 Going On 30's Jenna Rink for her hit single's music video.

While Baldwin may not have sat on the ground while her husband braided her hair (which would be adorable AF) or abandoned a signature style like Ariana Grande's brief Instagram moment, it doesn't make the haircut any less drastic, but hey, who doesn't want a new low maintenance style? A head can only handle so much dry shampoo.

Now, Hollywood can add another hair moment to its roster of major mane stories from 2018. Who knows who'll be next on the list to join in on the fun?