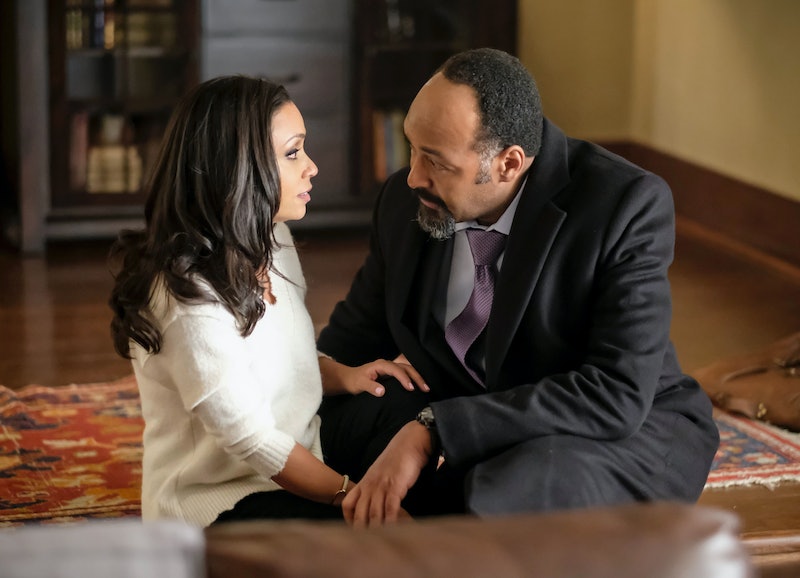 A huge reveal in the episode "Honey, I Shrunk Team Flash" was the metahuman powers that Cecile Horton (Danielle Nicolet) has developed during her pregnancy. Joe West and Cecile have been with child for a handful of episodes now, a storyline that has mostly been used only for emotional development up until this point. But Cecile has developed mysterious new powers on The Flash (co-producer, 46 episodes: Jennifer Lence), specifically the ability to read minds, which directly connects to her pregnancy. And this revelation could lead to another one involving her baby. So, is Joe's baby a metahuman on The Flash (executive producer, 48 episodes: Sarah Schechter)?

When Cecile discovers that she can read minds, she and Joe head to Star Labs, where Caitlin runs some tests. She assures them, "There's no sign of dark matter in the amniotic fluids... It's a perfectly normal baby." While this may be true, it could also be meant to throw fans off the scent for the time being. It wouldn't be the first time the show has set something up as definite, only to pull the rug out and change course. (Just think of the entire season when Iris West was supposed to die.) So what would a West metahuman baby mean for the show?

Jesse L. Martin, who plays Joe, spoke to Comicbook.com about the upcoming baby earlier in the season. He mostly talked about how fatherhood could affect his character, but he did say something that could be a hint:

"He's really happy to be having a baby with Cecile, but both of them are scared to death about being older and dealing with a little baby. We both have full-time careers and of course I'm fighting crime with Team Flash. So, baby's going to put a monkey wrench in the program but I guess it's going to be a good monkey wrench. And who knows what kind of baby is going to show up in Central City, right?"

That last line may imply that Joe and Cecile's baby is a metahuman or at least important to other stories. And there are some theories out there about the comic book threads to which their child may be tied. Comicbook.com points out that in the New 52 series, Iris has a sibling named Daniel West. His mother died in childbirth and his father was abusive, prompting Daniel to grow up to become an evil speedster. According to the DC wiki, Daniel first appeared in Flash Volume 4 #0, which came out November 2012. He has a variety of powers including speed, metal manipulation, strength, and durability. In the comics, he becomes obsessed with going back in time, wanting to kill enough people touched by the Speed Force to gain a time travel power.

There are many hurtles to this theory coming into fruition. Of course, Cecile read Caitlin's mind and discovered she was having a girl. But the biggest argument against this theory is Joe. He's anything but abusive on the series — in many ways his kindness and love for his family is the heart of the show. Another problem would be time, and how to bend it to allow this character to reappear as a real, adult threat.

Another fan theory is that the baby is a metahuman who ties back to The Thinker, who's been missing from recent episodes. The Thinker is mentioned to be laying low, but we haven't really seen a development in his arc — unless this baby is the development. A fan on Reddit speculated that it's too much of a coincidence that Cecile's new powers are the same as the powers Clifford DeVoe currently has. This guess doesn't seem impossibly out of the question.

Twitter fans are hopeful that whatever theory is correct, Cecile and her new powers help save the day. In the next episode, Barry is in trouble and Warden Wolfe tries to play it off as if everything is fine. Perhaps, Cecile will come through, reads the right minds, and discovers the truth. Until we know why her powers exist, they should at least be used for good.

More like this
Everything To Know About 'And Just Like That...' Season 2
By Jack Irvin and Grace Wehniainen
Wait, Is 'Happy Valley' Not Actually Over?
By Darshita Goyal
6 'Happy Valley' Easter Eggs You May Have Missed
By Sophie McEvoy
Netflix Shut Down 'Bridgerton' S3 Rumours About A “Very Dark” Storyline
By Bustle
Get Even More From Bustle — Sign Up For The Newsletter
From hair trends to relationship advice, our daily newsletter has everything you need to sound like a person who’s on TikTok, even if you aren’t.