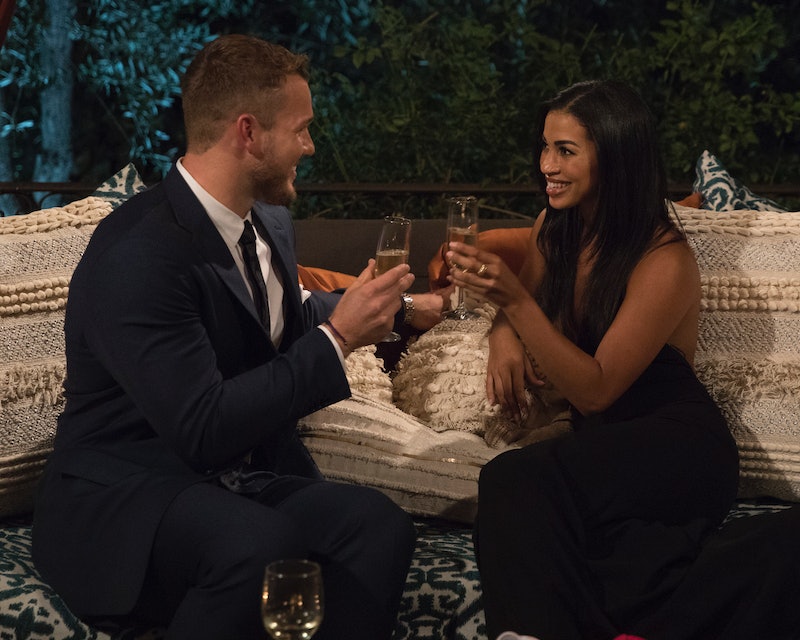 If there's one thing a Bachelorette needs, it's her friends by her side —preferably those who have already gone through the reality television meat grinder and come out on the other side, because they can give her the best advice, naturally. From the looks of a preview for Hannah B.'s season, for her that means Katie Morton and Demi Burnett, her fellow contestants from Colton's Bachelor season. Demi has already said she's eager to try her luck at Bachelor in Paradise this summer, but what about Katie? Is she dating anyone now? She's there to help her bestie find love, but maybe she can help herself, too.

Katie was a quiet fixture on Colton's season of The Bachelor. She didn’t get too involved in the day-to-day drama, but she also didn't get too involved with Colton. She tried to open up to the former football player, admitting on one of their dates together that she was afraid to show her feelings. "I think my biggest fear is just like, you misunderstanding and not being able to like, read where I'm at," she told him. "It's just hard I guess, and I don't want you to think that I'm holding back. I would hate to go home with you thinking that I didn't try."

She was sent home, unfortunately, but not before sharing some insider wisdom with Colton that almost tore the mansion apart. "You have a great group of girls. And you know who's ready in there, and there are some who aren't," she said. "Be smart with the girls."

Was Colton smart? That has yet to be determined (though he did jump a fence for the woman he picked, so… no?). That said, Katie and Colton didn't work out, and she got sent back to the real world to find a partner the old-fashioned way — in bars or by swiping around on Tinder. Katie's Instagram, like the Instagrams of most Bachelor-adjacent stars, is not that hard to find, and from the looks of it, Katie is single. There do not seem to be any romantic partners in Katie’s life, and if there are, they're not serious enough to take pictures with and post on social media. Or maybe she just wants to keep things private! That's fair, too.

But while Katie may not be dating, she's been busy with plenty of other stuff. Here's what she's up to.

Hanging Out With Her Bachelor Crew

The Bachelor may not result in many relationships or marriages, but it certainly does breed many, many friendships. Look at this group of super cool women!

Admitting Her Love For The World's Best Twitter Personality

Though it's hard to find someone who doesn't like Chrissy Teigen.

Katie is promoting her appearance on The Bachelorette (as she well should), and from the looks of the surveillance van, things are about to get weird. But would fans want it any other way?

Between trips to Stagecoach and her growing stream of SponCon (way to hustle, girl), Katie's post-Bachelor life seems pretty great. She may not be involved in a romantic relationship now, but she'll find someone when she's good and ready.