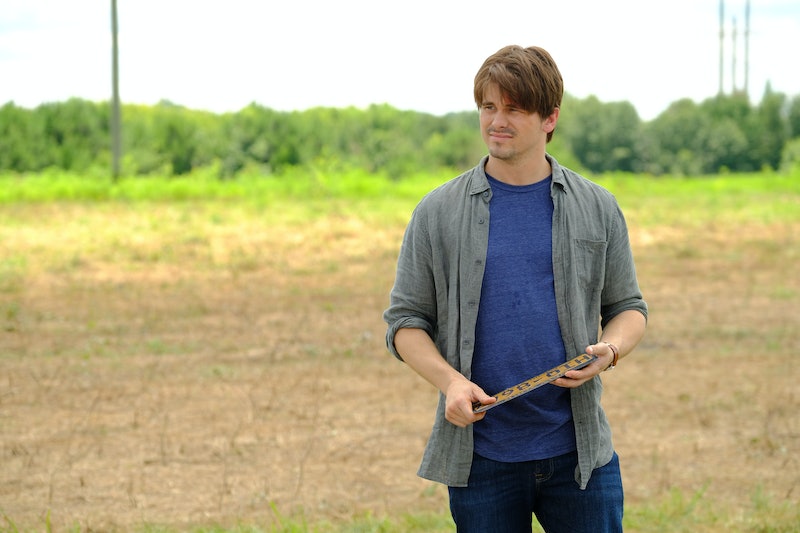 Ever heard an idea so good you're positive you've heard it before? The ABC comedy Kevin (Probably) Saves the World premieres Oct. 3, and this story about a slacker chosen to be the savior of humanity may have the ring of familiarity for you. But is Kevin (Probably) Saves the World based on a book, movie, or some other source material? It definitely sounds like this redemption tale would make a good novel.

But the Jason Ritter vehicle actually isn't based on a previous work. Kevin (Probably) Saves The World is the original work of writers Tara Butters and Michele Fazekas. But you could say the series was inspired by different source material, albeit loosely: the Bible. The series was originally called The Gospel of Kevin, maximizing the biblical connections between the show and its source material. The premise of the show is that its version of recognizably Christian spirituality is real, and God's messenger (played by Kimberly Hebert Gregory) comes down from... somewhere, in a meteor, to tell Kevin that he needs to improve his life and himself in order to better serve humanity.

But in an interview with The Hollywood Reporter, Butters said that there's nothing you need to know or believe in order to enjoy Kevin (Probably) Saves the World. "Ultimately you can be a religious person or you can not be a religious person and still connect with Kevin's quest to be a better person," Butters said. Fazekas added, "We did want to do a show about hope and about spirituality, and taking what you think you know about God and any of the sort of dramatic tropes about that and sort of turn them on their head."

As Fazekas pointed out, the show takes a uniquely fantastical approach to the stories in the Bible, adapting those familiar stories to the modern world. Kevin, a classic prodigal son type, is a total jerk who needs some serious redemption. In the original biblical story, the prodigal son needs only to return in order to be forgiven, but in this version, Kevin's journey is a little more complicated. First of all, he'll need to totally relearn how to be a good, functioning person, even without his newly discovered divine purpose. It will take more than just showing up to take Kevin from who he is to who he needs to be, almost like the untold sequel to the prodigal son story.

But there are darker, more serious themes in the series. Kevin (Probably) Saves the World begins after Kevin has attempted suicide and is staying with his twin sister and her teenage daughter as a means of recovery. So, in a way, by recovering from those feelings, Kevin was already relearning quite a bit: how to process his feelings, open up, and reconnect with his family. When God reaches out to him, he's a shallow person who claims he cares more about money and things than people and feelings, but with an actor like Parenthood's Ritter in the role, you know that he'll wind up embracing his emotional side.

Suicidal feelings and actions are a delicate mental health issue, and one that isn't given any attention in the Bible. But there is a lot of rebirth, both metaphorically and literally, in the text, from Lazarus literally rising from the dead to more abstract changes like Saul becoming Paul after converting to Christianity. Specific references to belief systems will be limited in Kevin (Probably) Saves the World. ("We didn't want to do a show about ‘capital R’ religion," Fazekas told THR.) Instead, this series is original mostly in how it defies categorization.

It's not an adaptation and it's not overtly based on biblical sources, but Kevin (Probably) Saves The World is definitely about spirituality and making amends. This combination of factors could make the ABC a modern allegory that makes viewers laugh, cry, and think.