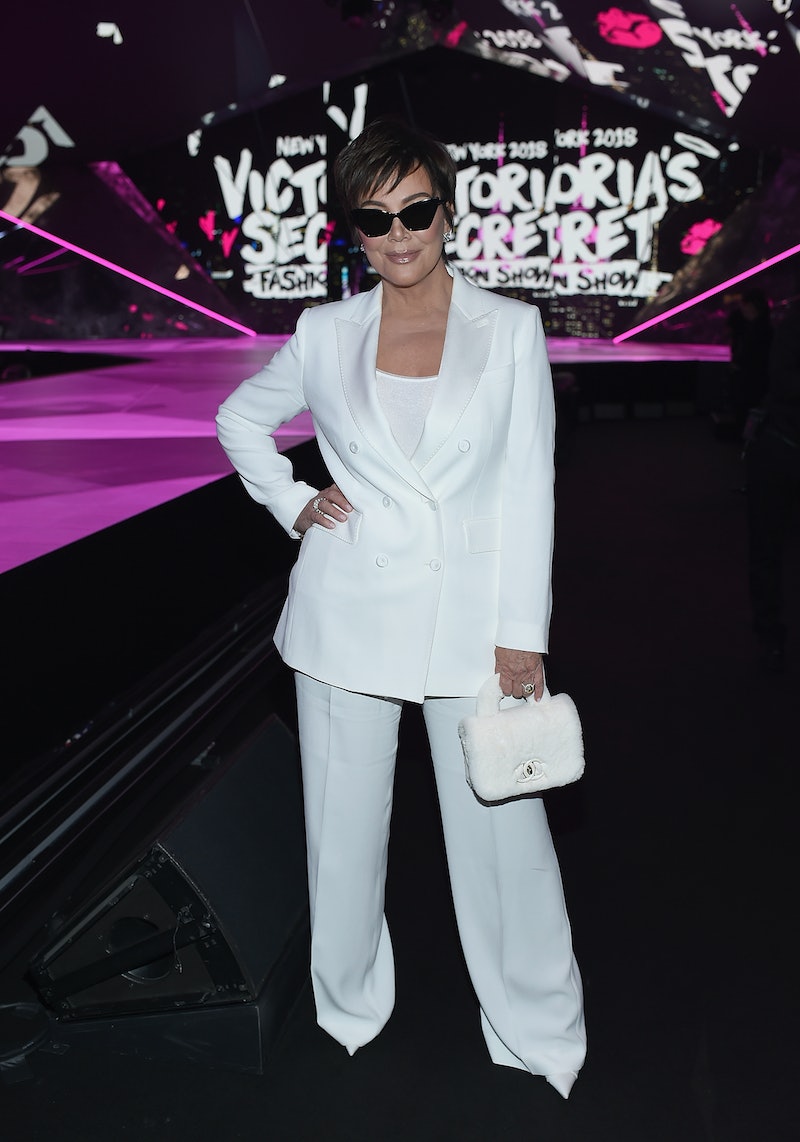 In the world of Kardashian and Jenner hair changes (and there are a lot), there's a name that you don't hear very often. Kris Jenner, matriarch of the family and momager extraordinaire, rarely strays from her naturally dark locks, but that's changed. Kris Jenner's blonde hair is back, but is it real this time?

In case you're simply a passing fan of the Kardashian and Jenner family, you may not know that the bunch host a massive, extravagant, invitation only Christmas Eve party every year. It's basically one of the biggest events on social media thanks to the women's high follower counts and massive fan bases, and this year's party may have just topped them all.

The party featured performances from John Legend, Kylie Jenner and Stormi Webster alongside Khloe Kardashian and True Thompson in matching outfits, and snow. Yes, snow in Calabasas. Kim Kardashian's entire backyard was a winter wonderland for the party, and apparently, Kris Jenner wanted to go blonde for the snowy and icy occasion.

In Instagram images posted to both her's and her daughters' Instagram accounts, you can see Jenner in her signature choppy bob, but it's not dark. This time it's a gorgeous shade of platinum a la her daughters Khloe and Kylie, and honestly, it looks amazing.

Jenner took to her Instagram account on Christmas Eve to post an image of she and daughter Kim Kardashian's longtime friend Paris Hilton at the extra AF (and also awesome AF) party. In the caption, Jenner explains that it was Hilton who taught her that "blondes have more fun." Too cute, right?

Hilton herself even took to her own Instagram account to post a video of she and the newly blonde Kris Jenner together at the party. She captioned the video with a "Love you."

Of course, Hilton and Jenner weren't alone in their platinum locks. Jenner's daughter Kylie had her hair platinum and pulled back away from her face as she matched with her daughter Stormi in all crystals. While Khloe Kardashian did have pink hair very recently, she was back to her ultra-blonde locks for the party making the three women's resemblance to one another even more obvious.

The real question though is whether Kris Jenner's blonde hair is real or not, and it's sad to say that it's most likely a wig. While Jenner's hair looks like it's very real, this isn't her first time going blonde, and every time she has in the past, it's been a wig.

Jenner made a huge splash when she popped up on daughter Kim Kardashian's Instagram page looking like the diva that she is and rocking blonde hair. It was kind of epic. Alas, it was soon to go.

Then, there was the time she went blonde for Kardashian's concealer campaign. That look was also short lived.

Unfortunately, Kris Jenner's blonde hair seems like it may just be another wig. Honestly, though, it doesn't really matter. Whether she's blonde or brunette, Jenner is always doing amazing, sweetie.