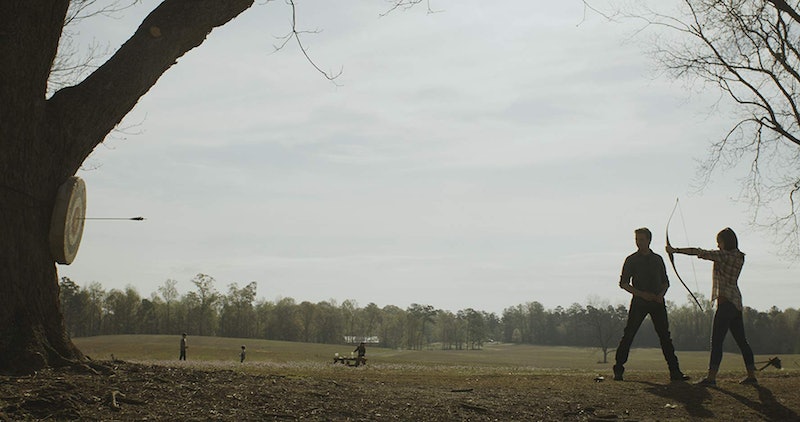 Spoilers for Avengers: Endgame ahead. By now, you should have seen Avengers: Endgame (If you haven't, well, what are you doing.), so you know that all is right in the world once more as Thanos's snap has been successfully reversed, although we had to lose a couple of our favorite heroes in order to get there. Among those who have been restored from dust, aside from the Avengers we lost in Infinity War, is Hawkeye a.k.a. Clint Barton's (Jeremy Renner) family — most notably, his daughter Lila Barton (Sophia Russo). We see Clint training her in archery early in the movie, but is Lila the new Hawkeye?

It's clear that Clint's family means the world to him. After all, losing them makes him go rogue and adapt a reckless vigilante persona, who may or may not be called Ronin. In Endgame, we see him at his lowest, slaying criminals mercilessly and living on the lamb. His main reasoning for doing that is that some people who he deemed as being good and more deserving were wiped off the face of the Earth without rhyme or reason (a.k.a. his family), while the evil — despite their treachery and crimes — remained. And so he takes what he sees as justice into his own hands.

But now that his family is back, we have to ask whether Clint is going to go back to the bow-and-arrow, or if he's going to continue wielding his katana swords. If he sticks with his new weapons, his daughter could end up being his MCU successor.

While it seems that Lila takes from her father, and looks to be an excellent marksman who can wield a bow, she's never been noted to have taken on his Hawkeye identity in any of the comics. Instead, it's another young woman by the name of Kate Bishop who gets to wear the purple and black costume and continues the legacy.

Like Clint Barton, Kate Bishop doesn't possess any superhuman powers, but she does work well with a bow-and-arrow. In the comics, she had already met Barton by Civil War and had actually convinced him to fly solo, distancing himself from the Avengers and embracing the identity of Ronin. Afterwards, they meet several times again, and she eventually becomes his protégée.

In the upcoming Hawkeye Disney+ limited series reportedly in the works, the spotlight is predicted to be on Bishop, not Lila Barton. Although, again, anything can happen within the scope of the Marvel Cinematic Universe. Shows and movies don't strictly follow the comics, and it's quite possible that Lila's many appearances in Endgame was a way to set up her taking on the role of Hawkeye.

Whatever the case, the arrival of a new Hawkeye — whether it's Bishop or young Barton — is going to be among the building blocks for Phase 4 of the MCU. Kevin Feige, the head honcho of Marvel Studios, told Variety that the upcoming series to the new Disney+ streaming service will be interconnected with the films. “These episodes will intersect with the movies in a very big way,” he said. “It’s a totally new form of storytelling that we get to play with and explore.”

So it looks like, whomever the Hawkeye name gets passed onto, it's going to happen on Disney+ first.