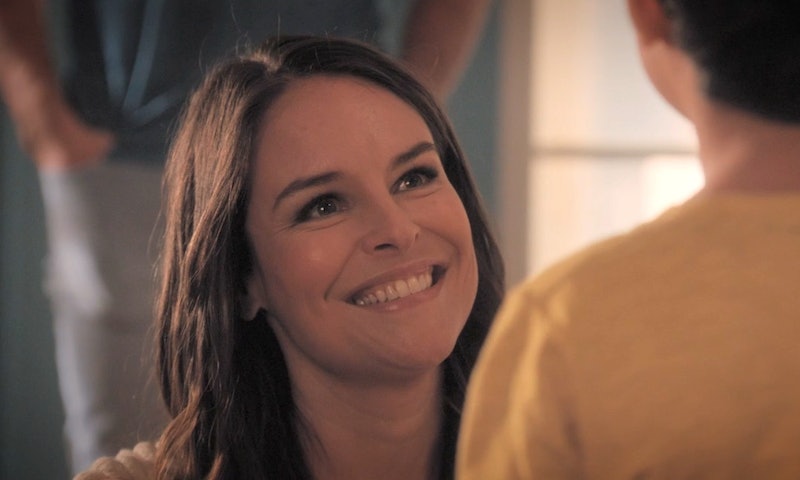 Spoilers for Jane the Virgin ahead. While all of the characters on Jane the Virgin experience the dramatic ups and downs of telenovelas, Luisa just may be the one character that encapsulates the genre most of all. At the end of "Chapter 91," it looks like Luisa is working for Rose on Jane the Virgin. This big shift comes after Rafael cuts Luisa from his life yet again. Because while Luisa genuinely did not remember that she had allowed Sin Rostro to dump illegal funds into her bank accounts, her brother is finished with trusting her. So could Rafael have pushed Luisa into the arms of her former lover/stepmother, the crime boss Sin Rostro? There's reason to hope that Luisa is finally playing Rose's game and manipulating her.

Rafael finally agreed that Luisa could meet his children in "Chapter 90." But the family's beach day was cut short when Dennis of the Miami Police Department called to say that Rose's black market Satin Road funds were in bank accounts under Luisa's name. Beyond her struggles with alcoholism, Luisa is enough of a mess for it to be believed that she did completely forget that she got herself involved in Rose's criminal dealings by signing bank records. Still, even though she was telling Rafael the truth, he called her a liar and said he was done with her for good.

Luisa and Rafael have had serious issues plenty of times before. And while Luisa is typically the sibling who has acted in the most egregious way — like impregnating a stranger with one of Rafael's last sperm samples — Rafael has hurt her too. In Season 3, he pretended that his cancer had come back as a way to lure Luisa back to Miami in order to get Rose arrested. In that case, Rafael was doing the right thing since Rose had murdered and kidnapped their family members. But Luisa felt extremely betrayed. So it's likely she is remembering this hurt when she goes to her neighbor/Rose's lackey Bobby at the end of "Chapter 91" and says, "I'm in. What does Rose need me to do?"

It sure appears that Luisa has decided to join Rose once more. But Luisa also might be using Rose to prove herself to Rafael. Luisa has always had romantic feelings for Rose, but she never has approved of Sin Rostro's criminal lifestyle. And while Rose claims to Luisa that she, unlike Rafael, loves her "unconditionally," that's not really true. (Remember, she is a sociopath.) Rose is constantly manipulating Luisa, who desperately needs a moral support system in her life. So while Rose may be in love with Luisa, she doesn't care about what's best for her.

In any other time in Luisa's life, she probably would be going to work for Rose. But for the final episodes of the series, it's quite possible that Luisa has become strong enough on her own to fight against Sin Rostro's temptations. She spent years away from Rose at the Longbourne Inn focusing on herself. And even if Luisa is upset at Rafael, she knows that Rose was wrong to fake Michael's murder and give him amnesia. In "Chapter 91," Rose claims she only did that to Michael to protect Luisa from him finding out about the Satin Road. In Rose's mind, this is an act of commitment and love. But maybe Luisa is finally free enough of Rose to feel real guilt about the fact that this crime boss is committing terrible acts in her name.

Luisa already tried to break bad a little when she teamed up with Anezka and Magda. That didn't go well for her since she ended up in a mental health facility after they gaslit her to believe she was hallucinating a man who wasn't there. So instead of going to the dark side again, it would be far more rewarding (and truer to Luisa's character) if she was pretending to work for Rose. That way she could learn what Sin Rostro and her "angels" have planned and why Bobby was breaking into Rafael's house. But if Luisa really feels betrayed by Raf again and thinks that Rose is the only person who truly loves her, she could be under Sin Rostro's spell once again — and that won't be good news for Rafael or his family.