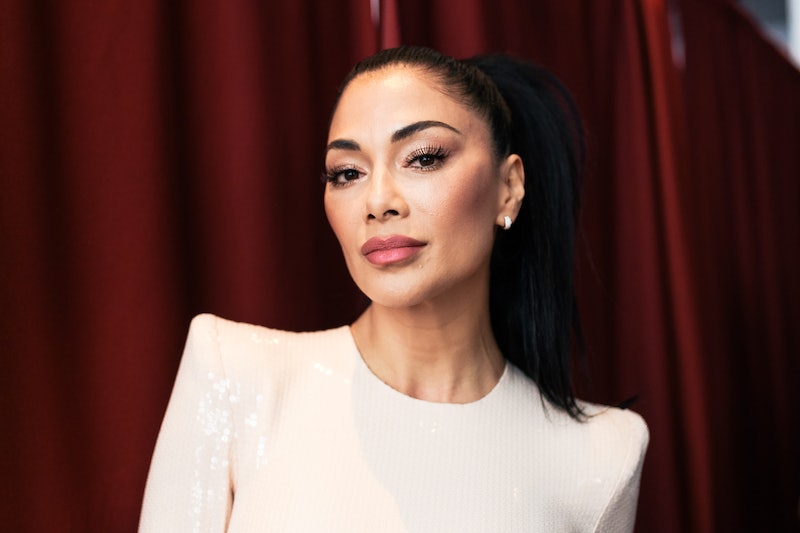 The new season of Strictly Come Dancing is due to hit our screens in September and fans of the show (like me, obvs) have been reeling over the shock departures. First Pasha left us high and dry after eight years and one win on the show, and now Darcy Bussell judge and ex-prima ballerina extraordinaire has announced that she's leaving too. Bussell's departure has left a pretty big hole in the judging panel leaving fans to wonder who will replace her (bring back Arlene). Rumours are swirling but is Nicole Scherzinger the new Strictly judge?

Scherzinger seems like a pretty natural candidate for Bussell's replacement with her extensive dance background, being lead singer and dancer in PussyCat Dolls. Scherzinger is also no stranger to filling the role of a judge on Saturday night talent shows, most notably joining the judging panel for the UK and U.S. versions of The X Factor. She's responsible for taking none other than Rylan Clark-Neal through to the live shows. Iconic. But I'm sorry PCD fans, Scherzinger has confirmed that she'll be a judge on a talent show this year but it won't be Strictly Come Dancing.

As Perth Now reports, Scherzinger has recently confirmed that she set is to be a judge on Australia's Got Talent. She will complete this years judging panel along with Aussie stars Lucy Durack, Shane Jacobson and MasterChef Australia chef Manu Feildel. In a statement given to the publication, Scherzinger said, "it’s really wonderful to see every day people come on a stage and show their talent. These contestants can be your next-door neighbour or your grade school teacher – it doesn’t matter who you are or where you come from. The show reminds everyone they too can follow their dreams and honour their gifts – even if they’ve kept them hidden." She added that she was excited to be "a voice of encouragement" for the contestants saying "I love watching undiscovered talent come into their own. It takes a lot of courage to get up on a stage with millions watching."

But not everyone was feeling the excitement about the new judging panel, according to Daily Mail fans haven't been too pleased about the strange choice of judges. One fan commented "what a weird random selection of judges" and another adding "April Fools was a month ago." Pretty savage. Regardless, I have high hopes for Scherzinger on the judging panel for this show.

With Scherzinger confirming that she'll be a judge on Australia's Got Talent a replacement for Darcey Bussell still hasn't been found. As Bustle reports, the rumoured replacements are Karen Hardy a former professional on the show form 2005 to 2009 and Carlos Acosta (please let this be true) the incredible ballet dancer. Potentially my favourite rumoured replacement (other than Acosta of course) is none other than loveable Strictly pro Anton du Beke who has been a dancer on the show since its inception. Du Beke is a Strictly heavyweight and has earned his stripes, a phenomenal dancer and he's already part of the family, so I really think he should be the replacement. Come on, let's make this happen.