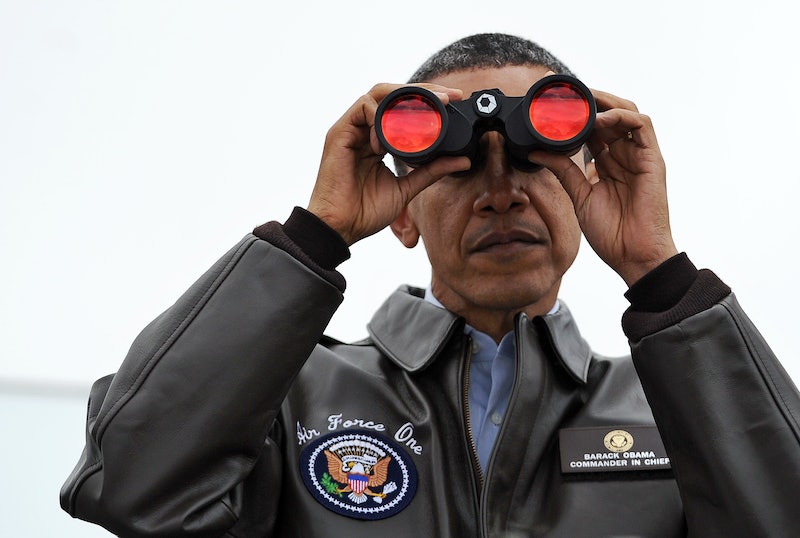 Saturday, Jan. 21 is slated to be an historical day as thousands of people are expected to attend the Women's March on Washington and hundreds of sister marches taking place across the country. And besides that, it will be Barack Obama's first day back to being a regular American citizen. Obama will always have been president of the United States, of course, and he will continue to be an important public figure for the rest of his life. But once he adds the word "former" to his title, he'll have a lot more time for things besides official government duties. He could go anywhere in the world for his first day out of the White House. Or Obama could stay in D.C. for the Women's March on Washington. If he chooses the latter, I'm sure he'd be a welcome guest.

He would be in good company, too. In addition to the up to 200,000 people organizers are preparing for, a number of celebrated speakers and performers are scheduled to appear. And even with names like Angela Davis and Janelle Monae on the list, seeing the U.S.'s first black president standing with them would certainly be encouraging for those marching.

In the coming years the press won't be all over Obama's every move like they've been since 2008, but his being at the Women's March certainly grab attention whether he delivers a moving speech or not.

That attention could be the reason Obama doesn't show up to the march. The whole point of the event is that it very clearly centers on women in America. And its timing, the day after the inauguration, positions it as a herald of a new chapter of activism in this country, one tailored especially for the Trump years.

Through his words and actions, Obama has identified himself as a feminist and an ally. But since Obama has had a bigger public platform than perhaps any other feminist on Earth for the past eight years, the march is an opportunity to lift up and celebrate other voices of the movement.

Figuratively, Jan. 21 will America's first day without Obama. And change is scary, especially if you are in fear for your future. Many, many people would be happy to see Obama take such a noted stance as going to the Women's March the day after Trump assumes the presidency. It would be encouraging, but it would also prolong the nation's goodbye. Obama is his own man, and he can do what he wants. But his being at the rally could be the difference between taking the band-aid off slowly and ripping it off all at once.