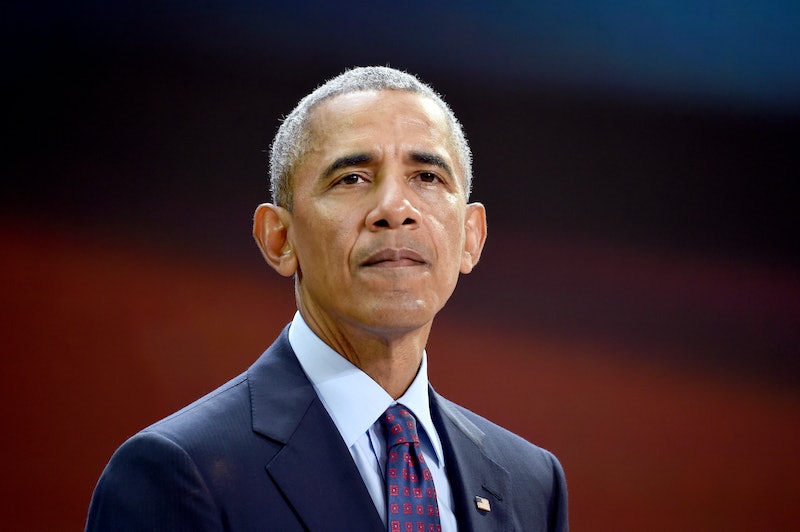 If you paid attention to any news last year, you probably heard “Repeal Obamacare” about 30,000 times. Even if you only listened to the radio for five minutes that one time in an Uber when you didn’t really want to talk to the driver, you probably heard it at least 20 times. Obamacare does still exist — but that isn’t the whole story.

The Affordable Care Act had three main goals, according to Healthcare.gov: to "make affordable health insurance available to more people," expand the Medicaid program, and "support innovative medical care delivery methods designed to lower the costs of health care." The law has not been repealed, but since Trump became president and Republicans took control of both houses of Congress, they’ve been working to chip away at key parts of the law and ultimately roll it back for good.

For example, in October 2017, Trump said that he would end cost-sharing reduction (CSR) payments. CSRs were payments the government made to insurance companies in order to reduce the amount of money that insured people with low incomes would need to pay out of pocket for medical treatment. In December, Republicans succeeded in repealing one key part of the law: the individual mandate. The individual mandate required all Americans, with very few exceptions, to have health insurance or else pay a tax fine. It helped keep insurance premiums, which is the amount of money that you pay for coverage, down.

The Congressional Budget Office — which basically tells Congress how much a bill it may pass will cost out in the real world — predicts that without the individual mandate, 13 million more people will be uninsured by 2027. So the outlook isn’t great. But Obamacare does technically still exist, even if key parts of it have been gutted.

How does the U.S. health care system even work?

You probably already know some parts of this, unless you’re a miracle person who has never gotten sick once in their life, but let’s walk through this from the beginning. Health care in the United States is complicated at best, and it’s good to have a thorough understanding.

The United States is the only large, rich country in the world without universal health care. Under a system like the United Kingdom's National Health Service, if you get sick, you can get care without having to pay for it. Someone still has to pay the hospitals and doctors, of course, but how that works varies depending on the system. In the UK and places like Norway, that money comes out of taxes. In others, like the Netherlands, it comes partly from taxes and partly from insurance that every citizen is required to have.

In the United States, somebody has to cough up the money for care on the spot. Sometimes that’s you, if you’re paying out of pocket, and sometimes it's your insurance.

How does insurance work?

If you have insurance, you pay a certain amount of money for a premium, usually on a monthly basis to keep having health coverage. That means that when you get sick, depending on what your insurance covers, it will pay for either for all or just a part of your treatment.

But there are a few more factors at play here. There are deductibles, which are the amount of money you have to pay out of pocket for treatment before your insurance company will contribute. And then there are copayments, the fee you pay per visit to the doctor or hospital. There’s also coinsurance, the price you may have to pay on a bill even if you've already met your deductible.

Tell me what’s going on with the costs of my prescription drugs.

They’re high, but if you’re asking this question, you already knew that. Many manufacturers keep raising prices, for one thing. And because of the ways insurance has changed, you end up paying a larger share of those prices than before.

In May, Trump announced a plan to reduce prescription drug prices by increasing competition between drug companies and giving them new incentives to lower prices, among other strategies. So far that plan hasn’t delivered, though. In fact, Pfizer, one of the world’s biggest pharmaceutical companies, has since announced price increases on 100 or so drugs.

How could the midterms change the health care system?

It depends on which candidates get elected and what positions they hold on health care.