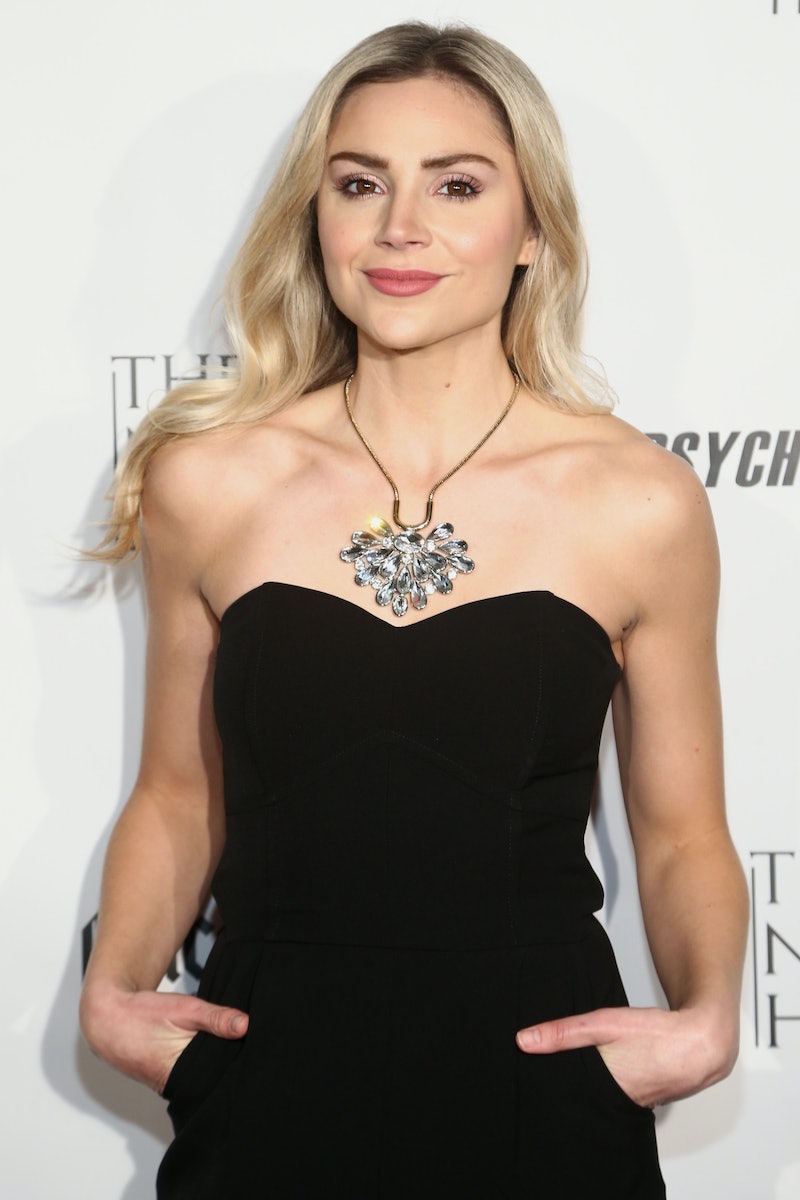 One of the most fun aspects of preparing for (or being in) a wedding is the bachelorette party, where some brides let loose with strippers, booze, and a ton of laughter as they enjoy their last night of the single life. It's typically a memorable and fun celebration, but leave it to Lifetime to turn it into a total disaster. The network's latest movie, Psycho Stripper, isn't based on a true story, but it will still make bridal parties think twice about inviting an exotic dancer to their festivities.

According to Lifetime's official description, Psycho Stripper stars Karissa Lee Staples as Amber Clarke, a dance studio instructor who is only one week away from her wedding. Amber caps off the single chapter of her life with an epic bachelorette celebration, which includes entertainment by a sexy exotic dancer named Hunter. However, things take a scary turn when Hunter becomes obsessed with Amber and is willing to do whatever dark deed it takes to stop her from getting married. Yeah, this plot has Lifetime written all over it.

The film's title and description might make some people giggle because, well, it is funny, but Psycho Stripper's trailer is no laughing matter. Amber and her best gal pals turn up at her lavish surprise party when Hunter shows up dressed as a fireman. He puts on a hot show that makes Amber blush, then tries to flirt with her, but the night ends without anything inappropriate happening. Amber and her fiancé are later seen at a gathering with their families and she's horrified when Hunter shows up in the crowd.

She confronts him and says he shouldn't be there because he was just a stripper at her party for one night, but he replies that she will not marry her fiancé. Yikes. The remainder of the trailer shows Hunter being a typical Lifetime creeper by showing up everywhere Amber goes and hiding in plain sight with a brooding look on his face. He shows up at her home with scissors in hand, locks her in a cage, and presumably knocks out Amber's poor fiancé in a fit of rage. It's a chilling encounter that will have viewers on the edge of their seats.

Psycho Stripper might seem pretty far-fetched, but it's not unthinkable that a person would stalk a former client. There have been accounts of similar real-life stories, and if Lifetime has taught us anything, it's that obsession can push people to dangerous, often deadly lengths. And regardless of how plausible it is, Lifetime fans are very excited to watch the movie. "Ohhhhh HELLLL YAAAAAA this trailer!!!!! get itttttt! Cant wait," commented one Instagram user on the trailer post alongside a half-dozen clap emojis. "Love this trailer!! On my calendar for Sunday," wrote another.

As far as whether or not Amber will make it out alive and walk down the aisle, you'll have to tune in to find out. See where she ends up when Psycho Stripper airs May 5 at 8 p.m. ET.

More like this
Everything To Know About The Long-Awaited ‘Community’ Movie
By Stephanie Topacio Long
Gabby Petito’s Family Responded To The New Lifetime Movie About Her Final Days
By Grace Wehniainen
Paul Mescal, Man Of Mystery
By Samantha Leach and Heather Hazzan
'Peaky Blinders' Creator Shares Exciting Update On The Upcoming Film
By Sam Ramsden
Get Even More From Bustle — Sign Up For The Newsletter