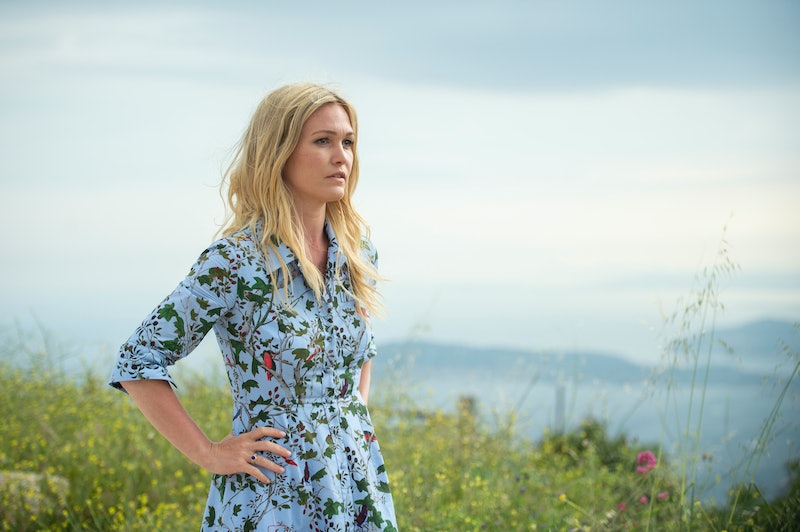 Now that Game of Thrones has come to an end, you're probably on the lookout for the next series to fill that mythological hole currently burrowed into your heart. While there are no dragons in sight in Sky Atlantic's Riviera, it has plenty of drama for you obsess over thanks to the darkly glamorous lives of those who live on the famous French coast. But if you want to catch up on the first series (or you've never watched it before), you're probably wondering is Riviera available to stream on Netflix?

Update: A representative for Netflix tells Bustle that there is currently no information on whether Riviera will be available on Netflix for the time being.

Previously: The short answer? No. But, I've reached out to a rep for Netflix to see whether there's a possibility the series could be coming to the streaming platform in the future, but have yet to hear back. Thankfully though, there are plenty of other ways for you to get caught up with Riviera. Obviously, if you have Sky, you can either watch the series as it airs on Sky Atlantic tonight or you can already watch the entire second (and first) series on their on-demand service. If you don't have Sky but have a Now TV subscription, you can also stream both series.

When Riveria first aired in 2017, it quickly became "Sky's most successful original commission to date with an audience of 2.3m per episode, and over 20m downloads views in total," as Sky cites in the season two press release. Basically, it's a series you need to add to your watchlist, stat.

Set on the stunning (you guessed it) Riviera coastline, the series explores the darker side of those that live in and frequent the area. The first season follows Georgina Clios (plays by Julia Stiles), wife of billionaire banker Constantine (played by Anthony LaPaglia) who dies in a yacht accident. As aptly described by Sky, this event "sets in motion a dramatic chain of events that exposes the darker flipside of the Riviera's glitz and glamour."

This is set to be explored further in the second season, which picks up immediately where the first left off. The introduction of an "aristocratic family" adds even more drama into the mix, with Sky promising that Riviera's return will "give fans even more of what they love, with more glamour, more intrigue, and more betrayal: all set against the gorgeous backdrop of the playground of the super rich."

"Riviera is the ultimate in escapism, a cinematic journey into the extraordinary world of the rich and powerful seen through the eyes of our anti-heroine, Georgina," Sky's Head of Drama, Anne Mensah said in a press release for the second season. She added:

"The Elthams will bring a fresh rush of aristocratic British elegance to sit alongside the new money European luxury Clioses, while the introduction of Georgina's uncle Jeff [played by Will Arnett] gives us the opportunity to explore more of her dark backstory. We are thrilled these characters will be brought to life by such incredible acting talent."

Riveria Season 2 airs tonight (May 23) on Sky Atlantic at 9 p.m. Both seasons are currently available to stream on Sky and Now TV.