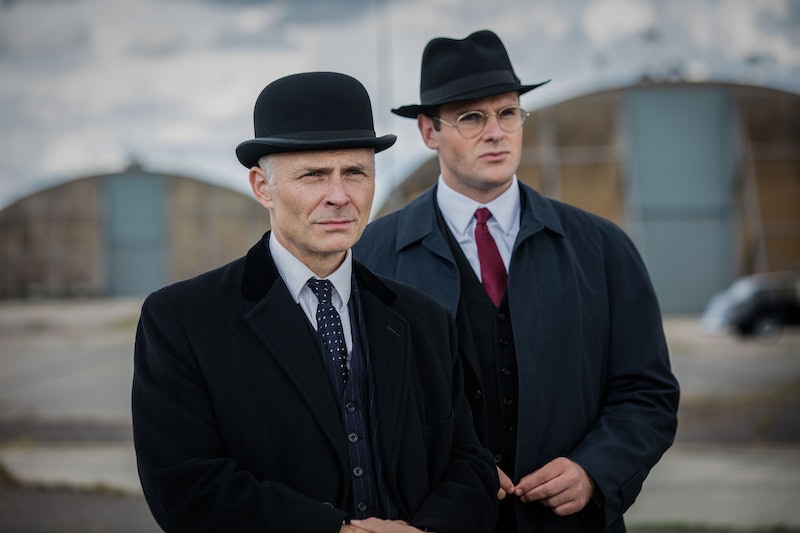 The brand new BBC drama Summer of Rockets follows the story of the ambitious Samuel Petrukhin, an inventor and designer who is approached by MI5 to show off his skills for a secretly assigned mission. The series is set in Cold War Britain, and stars the likes of Toby Stephens, Keeley Hawes, and Linus Roache. But is Summer of Rockets based on a true story? Here's everything you need to know about this brilliant new drama.

It's currently not known whether or not all the characters and specific plot lines included within the new series have emerged from true events. I have reached out to the BBC for comment, and will update with any new information when it becomes available. However, the backdrop of Summer of Rockets is indeed based on a true story. According to the Express, the BBC drama is based in 1950s London during the Cold War, and is set against the backdrop of real-life events including the UK's testing of its first ever hydrogen bomb, the space race between the U.S. and the Soviet Union, and the Soviets launching their first ballistic missile.

According to Variety, the show's executive producer, Helen Flint, previously described the show's backdrop as being "hinged at the pivotal point of world history where the past and future are pulling in equal strength, and human beings, young and old, have little control over the eventual outcome."

An official BBC synopsis of the series reads:

"Set in the UK during the Cold War period and tumultuous year of 1958, fear and excitement of the future permeates the lives of all. Samuel, played by Toby Stephens, is a 40 something Russian Jewish émigré, inventor and designer of bespoke hearing aids, whose clients include former Prime Minister Sir Winston Churchill. The series follows Samuel and his family, wife Miriam and children Hannah and Sasha, as he is approached by MI5 to demonstrate his work.

The synopsis continues: "Yet it is not his inventions the operatives require — instead, Samuel is tasked with the secret mission of obtaining information about his charming, newly acquired friends Kathleen, played by Keeley Hawes, and her husband Richard Shaw MP, played by Linus Roache, through whom Samuel also meets the impressive Lord Arthur Wallington, played by Timothy Spall. As Samuel’s life becomes more and more intertwined with his mission, how far is he willing to let things unravel for his cause? And who can he truly trust?"

Series creator Stephen Poliakoff has also revealed that Summer of Rockets is "semi-autobiographical," reports the Radio Times, and offers "a personal insight into this unforgettable time in British history, through a lens very close to his heart." As mentioned previously, the series tells the story of Samuel Petrukhin, an inventor of bespoke hearing aids — a character based on the show-creator's father, Alexander Poliakoff. Speaking about the real-life inspiration behind the character, Poliakoff said: "The Toby Stephens, Samuel, side of this first part especially is largely true. My father and grandfather invented the pager… they went to St Thomas’s and there were all these bells ringing, and these tannoy announcements, and they said, 'We could do this better for you.'"