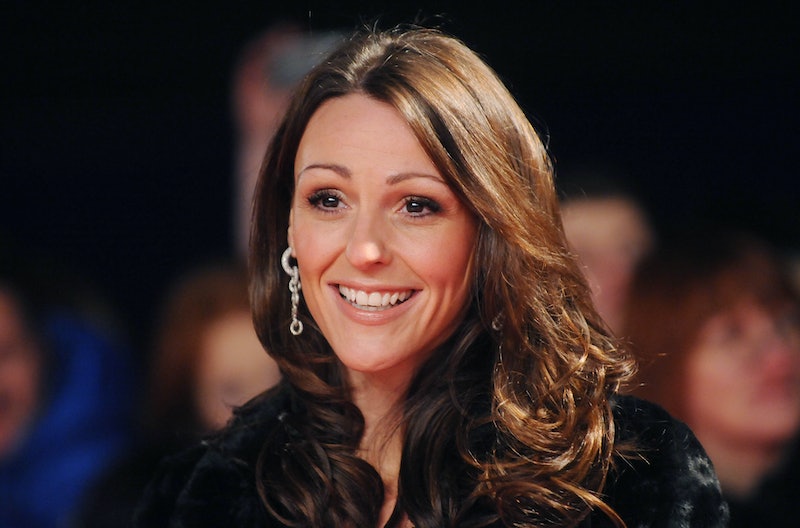 In recent years, actor Suranne Jones has transitioned from a beloved Coronation Street star into one of the most recognisable faces in TV drama. Jones' previous acting gigs include the gripping Doctor Foster, and you can once again find the 40-year-old on the BBC in the brand new series Gentleman Jack. But what else is there to know about BAFTA Award-winning actor? And is Suranne Jones married?

According to OK! Magazine, Jones is married to Laurence Akers, a self-employed script writer who previously worked as the editor of Nikon Pro magazine. Akers is ten years older than his famous spouse, and the couple tied the knot during a very private ceremony at Islington Town Hall back in August 2015. As reported by The Sun, Jones first met her husband at the wedding of her former Coronation Street co-star Sally Lindsay, and a source close to the actor previously revealed that Jones got hitched after a whirlwind romance. According to the Express, the source revealed, "It was arranged at short notice but then the engagement was pretty quick too. It was all a bit of a surprise really — she’d only been going out with Laurence for six weeks."

In an interview with the Guardian, the actress recently revealed that the pair recently collaborated on Gone, a short film in which she acted and he directed. While she hasn't spoken about the relationship much publicly, she did recently share a picture with her husband at the BAFTAs, where she listed the credits for her look, then added "....Husband.... my own ❤️".

As previously mentioned, Jones' latest television venture can be enjoyed in the BBC historical drama, Gentleman Jack. The 40 year-old Mancunian will portray the famous industrialist, Anne Lister, reports the Metro, and Jones has previously described her new character as "inspiring." When discussing why she signed up to the role, she said, "I’ve made a decision that I want to go after roles like this more than I do the ones that kind of steal your soul a little bit. You give your soul to roles like this and you fight for the character in a way because there's a cause to it all, and those are the roles I want more of in the future."

When speaking to the Radio Times, Jones also gave insight into the complexities of her character Anne Lister. She said, "She is a noble, unlikable, flawed, beautiful. True to herself. Harsh to herself (and to others). She’s a perfectionist. She is a self-educator. She is an amazing lover. And there’s a joyfulness about her love of women. But yet there’s such a sadness when her heart gets broken — and it gets broken a lot. She is a carer. She’s funny. A bit mean. And she’s very bloke-ish but sensitive. She’s everything. And getting to play all those things and yet find a constant was the difficult thing."

The new BBC drama is set in 19th century Yorkshire, meaning some pretty elaborate costumes were required throughout the filming process — which Jones revealed could be quite painful at times. Speaking to the Express about her Gentleman Jack costumes, the actor revealed, "I had so many clothes on and the summer was very hot. I started to get welts because you shouldn’t behave like Anne behaves in a corset. Our costume designer told me about a ballet corset and it gives you leeway to do things Anne Lister could do."

Gentleman Jack currently airs on Sundays at 9 p.m. on BBC One.