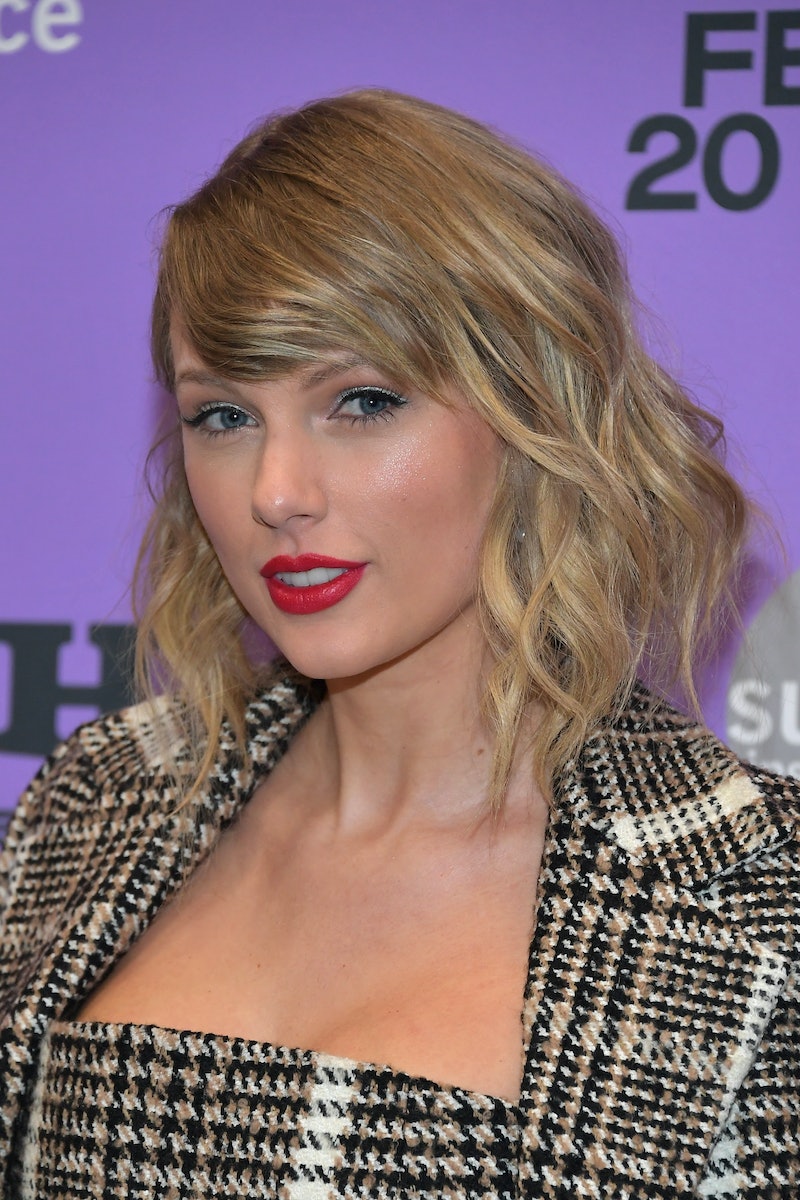 After another year full of musical accomplishments, fans are wondering if Taylor Swift will finally attend the Grammys again in 2020, considering her notable absence in the past three years. The "You Need to Calm Down" singer earned three nominations for her most recent album Lover, including nominations for Best Pop Vocal Album and Best Song of the Year. Despite this, a report from E! News indicates that Swift won't be making a return to the Grammy stage, even though she was rumored to be in talks for a surprise performance.

Swift has bowed out of a possible surprise performance, according to a new report from Variety. No reason for her decision has been given, but it certainly makes the chances of her attending the ceremony seem slim. Bustle reached out to a representative for Swift for comment on her reported decision not to perform, but did not receive an immediate response.

Despite the performance rumors, it's not surprising Swift would choose to skip the Grammys again. The last time she attended the awards was back in 2016, when she won Album of the Year for 1989. Since then, she's been absent from the ceremony. Part of this could be explained by the singer taking a break from the public eye after her beef with Kim Kardashian and Kanye West in 2016. But she has returned to the red carpet since then. In 2019, she attended the BAFTAs to celebrate her boyfriend, Joe Alwyn, and on Jan. 23, she attended the premiere of her Netflix documentary Miss Americana at the Sundance Film Festival, per Variety.

Swift hasn't shared a reason for bowing out of her reported surprise performance, but it could be related to the behind-the-scenes drama at the Grammys this year. She's been open about her stance against some of the big names in the music industry after Scott Borchetta sold her former label Big Machine Records and her masters to Scooter Braun. In a November interview with Music Week, the singer shared why felt betrayed by the deal, and she alleged that Borchetta repeatedly denied her the opportunity to buy her master recordings. Borchetta denied her claims, and said that he had offered the singer a chance to buy back her masters, and given her notice of the impending sale of the label.

In addition to Swift's own issues with producers like Braun and Borchetta, the Grammys are facing controversy due to allegations from former CEO Deborah Dugan that the nomination process was manipulated to favor artists represented by the Academy trustees. (The Academy has denied the allegations.) With so much drama happening behind-the-scenes this year, the always busy Swift may have decided it's best to sit the event out as she focuses on more positive projects, like the launch of her upcoming documentary.