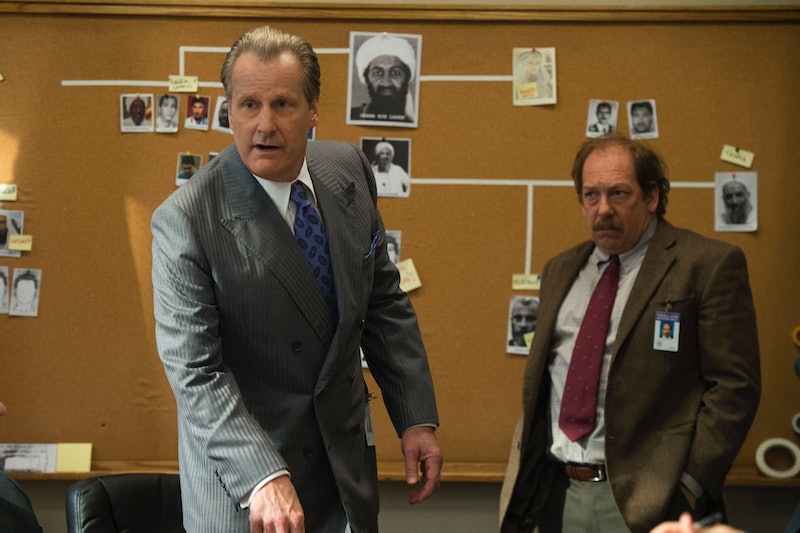 Any TV series based on real-life events results in the same line of questioning. Is it true? If so, how much is based on fact? And which parts have been embellished to make it more gripping for viewers? But a new BBC Two series has created an unprecedented buzz around the topic. Focusing on the events leading up to 9/11, The Looming Tower is a 10-part drama based on a Pulitzer Prize-winning book. But is The Looming Tower completely accurate?

According to the series' creators, the amount of factual content is actually pretty high. In fact, some characters' storylines were toned down for TV as aspects of their lives, although very much true, seemed too unlikely.

The book and series take two slightly different angles, reports The Atlantic. While Lawrence Wright's The Looming Tower: Al Qaeda and the Road to 9/11 centres on the individuals that organised the September 11, 2001 attacks, the TV show hones in on the conflict between the CIA and FBI and how some argue that these organisations could have prevented 9/11.

But Wright, the author of the book, was a co-creator of the series, assisting with the immense amount of pre-production research. According to the Los Angeles Times, he was able to interview intelligence experts "who'd been wary of speaking to him for the original book," and former members of the FBI and CIA were brought on as advisors.

Producers also spent months interviewing the real-life versions of the characters, reports Variety, and current members of the FBI's I-49 squad. The CIA declined an invitation to contribute.

Although they may not seem like it, many of the main characters are in fact real. Jeff Daniels stars as FBI counter-terrorism expert John O'Neill; a man who "may have known more about Osama bin Laden and Al Qaeda than any other person in America," states U.S. TV channel PBS. Tragically, O'Neill died in the 9/11 attacks after leaving the FBI to become director of security for the World Trade Center.

As the Los Angeles Times reports, the number of romantic affairs that O'Neill's character had was reduced to "seem more believable." But everything else about his over-the-top personality is deemed to be accurate. The story of Ali Soufan — a Muslim Lebanese-American FBI agent — is also believed to be factual, considering Soufan is listed as a producer of the series.

However, some characters do not exist in the real world. Take Martin Schmidt, the fictional head of the CIA's Al Qaeda unit. The Washington Post describes him as a "composite character" meaning he is likely to have been inspired by several real-life individuals.

The Hulu series first premiered on Amazon Prime in 2018, but the entirety of the UK now has the chance to watch it. Exploring the idea that 9/11 could have been stopped, reports iNews, is the main thing that will draw you into the show. And the dramatic plot — which spans the years between 1998 and 2004 — will keep you hooked from start to finish.

The Looming Tower airs on BBC Two every Friday at 9:30 p.m.