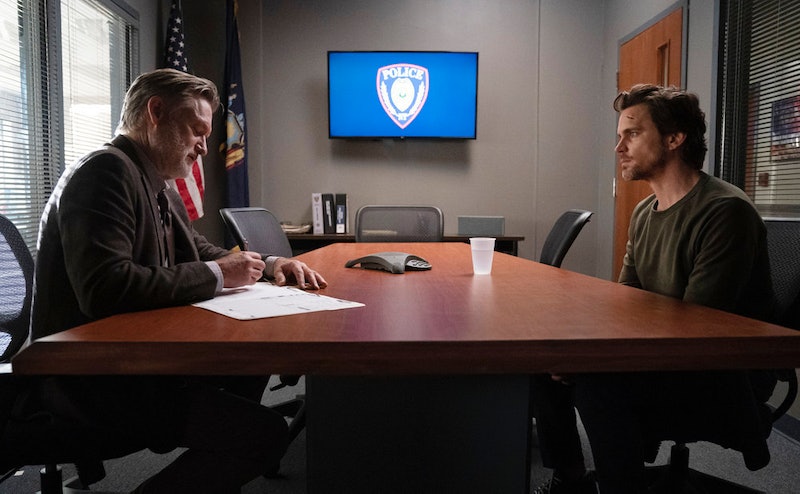 When Jessica Biel's The Sinner premiered on USA, it followed a woman who violently killed a man on a beach in front of her family seemingly at random. While a crime as mysteriously harrowing as that seems like it could fall into the "so unbelievable it has to be true" category, the show was based on a fiction book. Following suit, The Sinner Season 3 isn't based on a true story. Rather than use inspiration from German crime novelist Petra Hammesfahr, the second and current seasons of The Sinner came from the mind of showrunner Derek Simonds.

While the first season of The Sinner was the standalone story of Biel's Cora Tannetti, the USA series has continued using Bill Pullman's detective as the through-line. After Cora's case was closed, Harry Ambrose investigated why a young boy named Julian would murder two people claiming to be his parents — a story created for the show by Simonds and company. For Season 3, Matt Bomer's Jamie is involved in a fatal car accident with an old college friend and Ambrose rightly suspects that there's more to the story. Again, while the circumstances are realistic, Jamie is a fictional character.

Similar to Cora, Jamie seems like an upstanding citizen and family man, but secrets from his past start to be exposed following the car accident. "Derek wrote this really three-dimensional character. All the way until the end of the season, I didn't know the next turn this character was going to take," Bomer told Variety at the Season 3 premiere. "I was waiting with bated breath."

While The Sinner seasons have similar setups, Simonds told TVInsider that he wanted the main character to be more guilty than in the past. Cora had repressed memories of the traumatic death of her sister that made her unable to even comprehend why she had killed the man on the beach. And Julian was a young child, whose worldview had been manipulated due to his never knowing his true parentage and being raised in a religious cult. "[This time,] I was interested in someone who knows what he or she is doing and knows it's wrong and engages with that ethical question," Simonds said.

One way this season could connect to real life is that Jamie's struggles may feel more universal to a larger audience. Rather than him having gone through a very specific traumatic incident in his past, like Cora and Julian, Simonds said in a video for USA that Bomer's character is dealing with "the trauma of everyday life."

As The Sinner Season 3 unfolds, Ambrose will have to decide if that trauma is enough to excuse Jamie from the very real-world consequences of his actions.