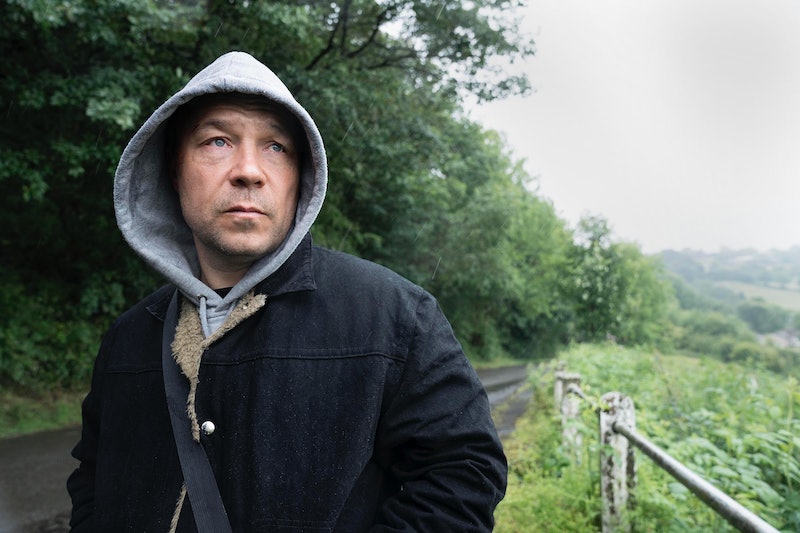 Channel 4's latest drama The Virtues is brought to us by the makers of This Is England, and boasts an impressive cast which is headlined by 'Line of Duty' star Stephen Graham. The series centres around a troubled character named Joseph, whose life takes a dramatic downturn when his ex-partner decides to move to the other side of the world with their child. But is The Virtues based on a true story? Here's everything you need to know about the brand new Channel 4 drama.

Although the series may not entirely be based on true events, The Virtues is inspired by the writer's own repressed childhood memories of sexual abuse. Showrunner Shane Meadows recently told the Guardian that the series is based on his experience of being sexually assaulted at the age of nine by an older child. And as Radio Times reports, when speaking about what inspired The Virtues at a screening of the show, Meadows explained, "I’d been through something in my childhood that I didn’t realise had happened until I got to about 40. And I got to the bottom of this thing that had happened in my life as a kid, and I had fragmented memories. The very basis, the acorn of Joseph’s journey, was borne out of something that happened to me as a kid.”

Meadows has said that rather than confronting those responsible for his abuse, he channelled his anger into creating The Virtues. He told the Guardian:

"Fundamentally, when I discovered this thing. I went into a place of trying to track down the people that had done it… I was just about to track down this guy I wanted to find, to confront him, basically. But I knew if I confronted him, if at any stage in that conversation he smirked at me, I was probably going to jump over the table and bite something off his face. All I wanted was to be able to sit down with this guy, via Stephen Graham."

As previously mentioned, Line of Duty star Stephen Graham appears in the Channel 4 series as the character of Joseph. According to iNews, Joseph is a barely-on-the-wagon alcoholic whose life is knocked for six when his ex-partner moves abroad to Australia with their young child in search of a better life. With no family left, Joseph becomes haunted by the difficult past he'd worked so hard to forget, and travels to Ireland to confront memories which emerge from his difficult childhood there.

The cast of The Virtues also includes Helen Behan as Joseph's sister, Frank Laverty as Anna’s husband Michael, Mark O’Halloran as Joseph's sketchy colleague Craigy, and Niamh Algar will star as Michael's sister Dinah. As mentioned previously, the series was written and directed by Meadows, who is perhaps best known for being the man behind This Is England — a film which bagged him a BAFTA for Best British Film back in 2008.