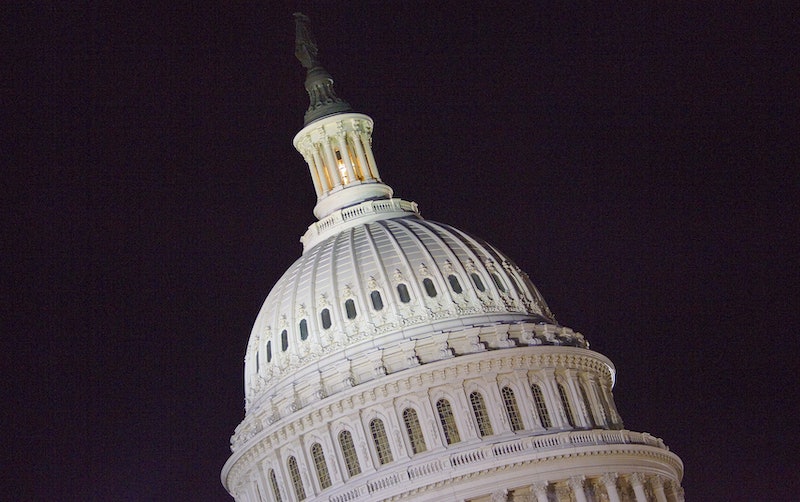 Donald Trump may be having trouble getting celebrities to attend his inauguration, but the Women's March on Washington, scheduled for the day after, is having no such trouble. Katy Perry is expected to attend, according to event organizers, along with Amy Schumer, Cher, Debra Messing, Julianne Moore, and others. Specific speakers have not yet been identified — the March's website states that an event program "featuring nationally recognized advocates, artists, entertainers, entrepreneurs, thought leaders, and others" will be released in the coming weeks.

With its A-list attendees, though, the March is likely to feature some powerful speakers. Feminist icon Gloria Steinem has signed on as a partner, along with Planned Parenthood, which means Steinem and PP president Cecile Richards are likely to attend and may even address crowds. Other groups that have joined the Women's March include the Trayvon Martin Foundation, Black Girls Rock, and Girls Who Code.

The Women's March — men, for the record, are welcome too — is intended as a display of protest against what Trump represents for American women, both in terms of policy and his personal behavior. He and many in his party oppose reproductive rights for women, and even Trump's so-called maternity leave plans leave a lot to be desired. Then, of course, there is the fact that he's bragged about sexual assault, called working women "a very dangerous thing," and chose to accuse a woman he'd previously called "Miss Piggy" of having a sex tape.

In response to all of this, organizers have released an official Women's March platform, which calls for equal pay, an Equal Rights Amendment for women, and paid family leave, among other progressive political goals. The platform lists "revolutionary leaders who paved the way for us to march," praising Gloria Steinem and bell hooks, among others. The list, surprisingly, does not include Hillary Clinton.

The platform emerges after weeks of controversy among march organizers about race and political issues. The New York Times reported that some white women changed their minds about attending the march amid Facebook posts imploring them to "listen more, talk less." The Chicago Tribune ran an editorial by Heather Wilhelm arguing that the march had morphed into "an intersectional torture chamber."

The controversy seems unlikely to dampen turnout. Over 187,000 women and allies have indicated their plans to attend the event on Facebook as of this writing, and organizers have said that they believe turnout could reach as high as 200,000. Whoever does wind up speaking will likely have a very large crowd to address.