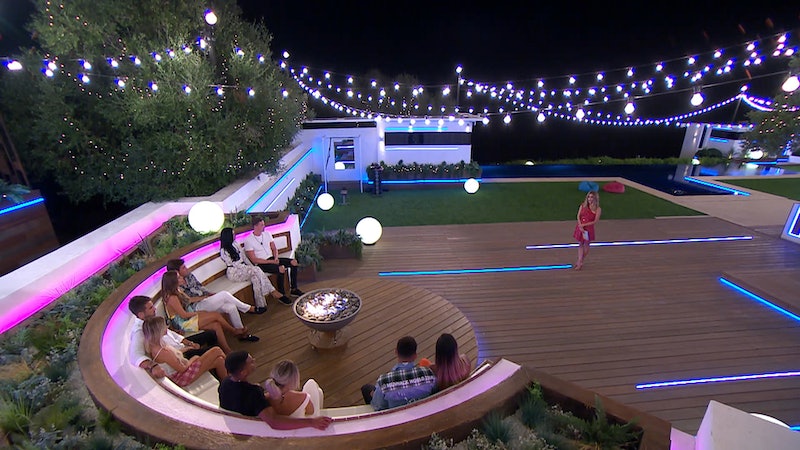 After hours of discussion about Love Island (will it – and should it – air? What would a fitting tribute look like?), ITV’s dating show returned, a mere two days after news of Caroline Flack’s death broke. The episode started off with a low-fi screensaver: sweeping vistas of blue oceans, crashing waves and endless beaches. Any other week it would look like the opening of a regular episode, but this time there was no electro-pop accompanying the scenic clips. Instead, the heavy silence was broken by Iain Stirling’s voice, a solemn and considered tone replacing his usual wisecracks. It ended with a gut-wrenching, personal tribute: “You were a true friend to me, I’m going to miss you Caz.”

And then it was over. Then the show began, with its usual playfulness completely stripped out. Overall, the episode was less upbeat: music far less punchy; Stirling’s comedic commentary swapped out for straightforward descriptions. The regular Just Eat ad break idents were replaced with contact details for the Samaritans, “so that anyone affected by Caroline's death can access support,” the ITV statement read. #BeKind flashed in bold, sombre letters.

The usual tone of the show was rightly downplayed, but the quick shift from touching tribute to cheesy challenges was jarring. It felt like watching a dystopian version of a much-loved show unfold, a feeling that wasn’t helped by the palpable tension of watching contestants behave “normally,” clearly oblivious of the grieving nation tuning in.

It was a sensitive tribute, sure. But was it enough? I’m not sure anything this close to Flack’s passing would have landed well. But the truth of the matter is that the show doesn’t always have to go on. I know many disagree with me there, arguing that it's what Caroline would have wanted because she loved the show so much. “The problem wasn’t the show,” said Laura Whitmore in her Radio 5 tribute. “The show... is loving and caring and safe and protected. The problem is, the outside world is not.”

On a normal Love Island night, my twitter feed is usually bursting with gifs, videos, memes and debates. Last night my timeline was almost empty. Those of us tweeting on #LoveIsland were questioning whether or not we should be turning in or watching the show at all. Flack's and the two other deaths associated with the show, contestants Sophie Gradon and Mike Thalassitis in 2018 and 2019 respectively, hold up a mirror to the dangers of bullying and trolling that shows like this are complicit in.

Whether we like it or not, we watch for embarrassing moments, we support contestants we love and berate the ones we don’t. We gobble up the manufactured narratives, with little or no consideration of what it can mean for the lives of contestants when they leave the villa. The illusion of proximity and the over-familiarisation that social media creates means the commentary from the show seeps into the world outside of it and leads to a sense of entitlement to every aspect of these individuals' lives. Already, contestants from this year’s Love Island have come out to say they have received death threats and experienced constant trolling since departing the Love Island villa.

The elephant in the room is whether or not shows such as Love Island should exist, and if they do, how do we manage the interest around them? There needs to be a period of reflection — rushing into a summer season without actually addressing the issues Caroline’s death surfaces would simply be negligent. Love Island is supposed to be light-hearted escapism: we watch and enjoy from a freezing cold UK and argue about our favourite couples. With such a significant loss looming over the rest of this season, it doesn’t feel like light watching anymore.

If you are finding the news upsetting or triggering, there is expert advice on what to do available here.