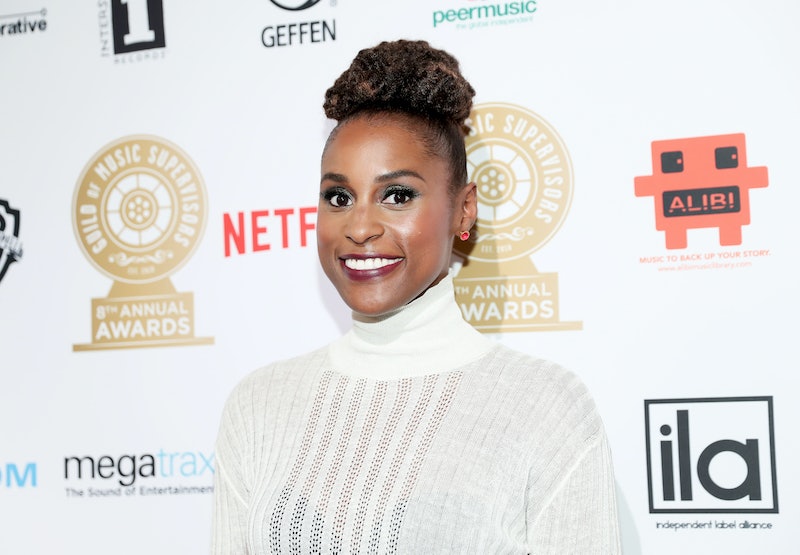 The author of The Misadventures of Awkward Black Girl and creator of HBO's Insecure knows who watches her popular series. And she also knows who she doesn't want watching her show. In an interview with Glamour magazine, Issa Rae said if Melania Trump watched Insecure, she would end her famous HBO series. It won't be wrong to say that such a possibility, if it ever materializes, would let down a lot of Insecure fans.

Rae said that the former first lady Michelle Obama watched Insecure and even talked to her about it in 2017. "She had just finished watching the finale, and she was like, 'That fakeout — how could you do that? I thought you and Lawrence were going to live happily ever after,'" Rae told Glamour magazine. "I was like, 'You really watch it?' She was like, 'Yes. Sasha and Malia put me on to it.'"

With former President Barack Obama no longer in office, Rae said she missed the former first family. "It was like talking to my auntie," she told Glamour. "It bums me out that I will never have that feeling again of the First Family f*cking with us so hard and getting us."

The creator and actress of Insecure told Glamour that she would not have the same reaction if such enthusiasm for her show came from the current first lady — in fact, it'd be the opposite. Rae said "If Melania [Trump] said that to me, I would be like, 'Well, I guess it’s canceled. We’re not making this show. It’s not ours anymore.'"

In 2016, a visibly excited Rae went on Twitter to share the news that Obama loved her series' soundtrack. In a Twitter video shared by Luvvie Ajayi, Rae said, "President Obama watches Insecure. He said he can't quote none of it until after he's president! He said our soundtrack is lit. He said we're doing great work."

On Twitter, Rae also said, "President Obama actually spoke to me at length about #InsecureHBO. Like ... how [am I supposed] to recover?! How?!"

Of her career, Rae said, "There was no blueprint to do this. There was no one I could look to to be like, 'Oh, so-and-so made some videos and then had a television show, and then did movies." The Insecure creator also told Glamour about enjoying her life and the creative work she's put out for public viewers. "I’m doing what I love," Rae said, "and that is never lost on me. Even when I’m in my most frustrated moments, I’m like, 'There’s always a silver lining.' My general vibe is grateful, happy."

Some people may be confused by Rae's sentiment — that is, her comments about ending Insecure if Melania watched it. But the writer explained that the show's focal point is exploring blackness and that it's primarily meant for such an audience. She gave an example from the show's writing process as well. "Sometimes the white writers will be like, 'I didn’t even know what that line meant until I watched the show,'" Rae said, "and I’m like, 'That’s OK. There are some things that are just for us.'"

More like this
TikTok's "Would I Look Good With Short Hair?" Hack Is Genius
By Olivia Rose Ferreiro
Tyra Banks Flubbed The Name Of Charli D’Amelio’s Boyfriend On 'DWTS' Bond Night
By Jake Viswanath
The Try Guys Clarified Ned's Cheating Scandal Timeline In A New Video
By Grace Wehniainen
Nicola Coughlan Addresses 'Bridgerton' Season 3 Backlash
By Sam Ramsden
Get Even More From Bustle — Sign Up For The Newsletter