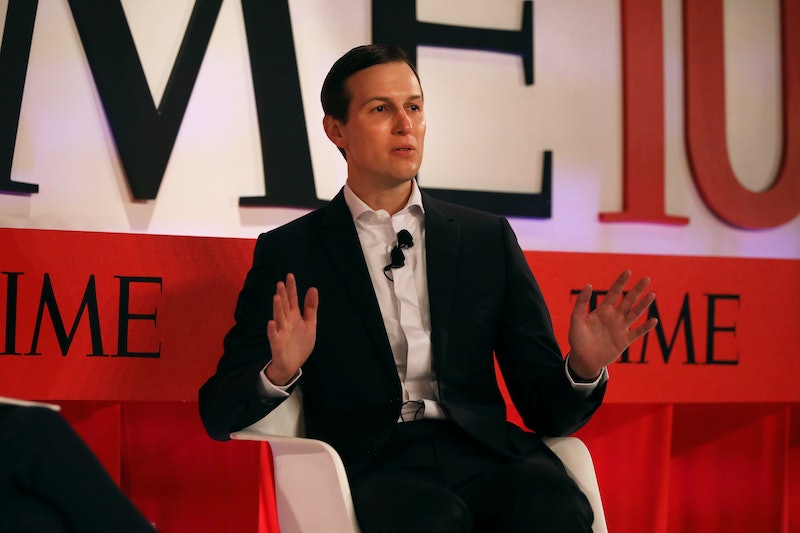 Almost everyone has their take on Special Counsel Robert Mueller's report on the federal Russia investigation. Among those to publicly share their thoughts on the Mueller probe is Jared Kushner. President Donald Trump's son-in-law, who is also a White House advisor, said the Mueller report was apparently more destructive than Russian interference in the 2016 presidential race, Bloomberg reported on Tuesday.

At an event in New York held by Time, Kushner said, "I think the investigations and all of the speculation that's happened for the last two years has had a much harsher impact on our democracy than a couple Facebook ads." Although he called Russian interference a "terrible thing," Kushner went on to describe the Mueller report in these terms: "The whole thing's just a big distraction for the country."

According to Kushner, Russia simply "tried to buy some Facebook ads to sow discontent." The Mueller report, which consists of 448 pages, does not conclude that Trump's presidential campaign team colluded with Russia. But it doesn't exonerate the president, either.

"Although the investigation established that the Russian government perceived it would benefit from a Trump presidency and worked to secure that outcome, and that the campaign expected it would benefit electorally from information stolen and released through Russian efforts, the investigation did not establish that members of the Trump campaign conspired or coordinated with the Russian government in the election interference activities," the report notes.

At the Time event in New York, there were additional questions about the Mueller report. At one point, according to CNN, Kushner was asked why Trump's presidential campaign did not rebuff Russian officials' attempts to contact members within Trump's team. He responded, "We didn't know that Russia was doing what they were doing."

According to Kushner, "The notion of what they were doing didn't even register to us as being impactful." The White House adviser also claimed that he was cooperative with the Mueller investigation. "When the whole notion of the Russian collusion narrative came up, I was the first person to say I'm happy to participate with any investigations. I thought the whole thing was kind of nonsense, to be honest with you," Kushner said.

While Kushner brushed Russian online operations off as a "couple of Facebook ads," the Mueller report noted that a Russian troll group called Internet Research Agency bought more than 3,500 ads on the social network. This project cost the group nearly $100,000, per the report.

People who view the conclusions of the federal Russia investigation as serious and concern-provoking might take issue with Kushner's thoughts on the Mueller report. But it looks like Trump's son-in-law impressed the president with his appearance at the Time event in New York. On Twitter, Trump wrote that it was a "great interview" by Kushner, adding that it was "nice to have extraordinarily smart people serving our country!"