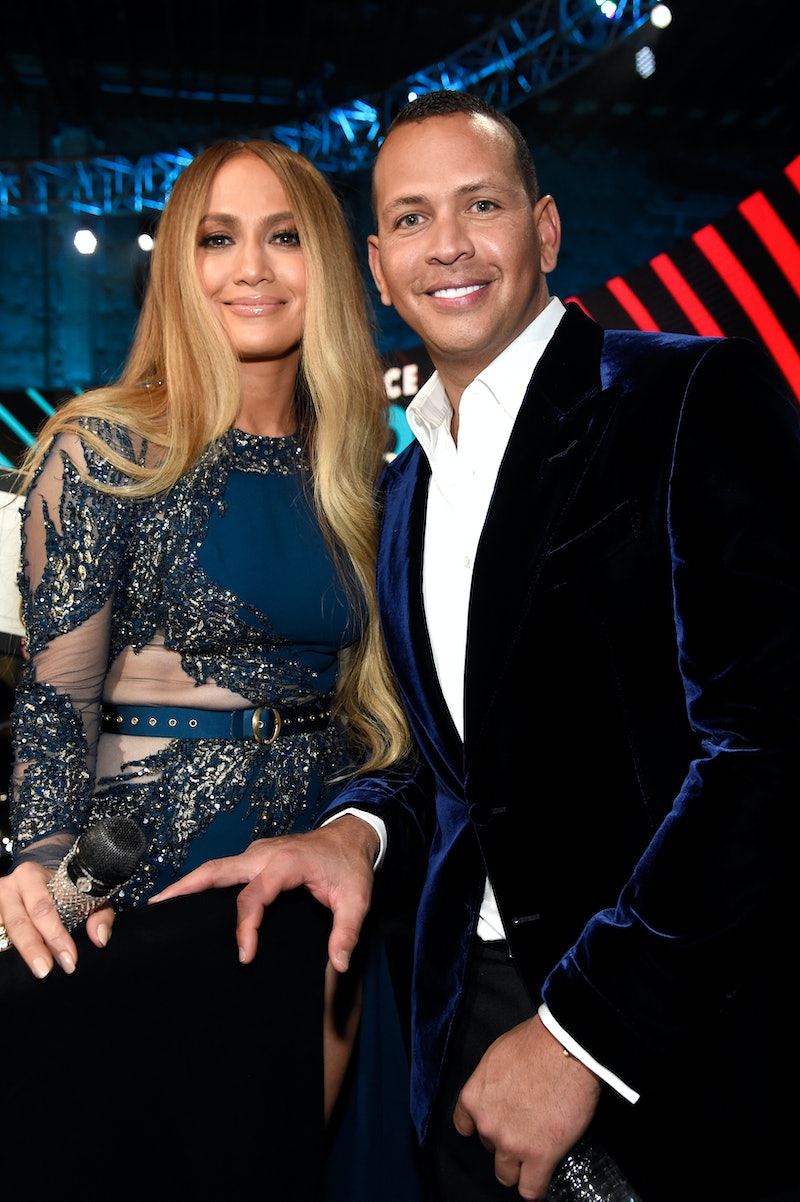 As badly as fans may want these two to walk down the aisle immediately, they shouldn't hold their breath. Jennifer Lopez opened up about her wedding to Alex Rodriguez and revealed the couple aren't in any rush to get married. As Lopez put it, they want to enjoy every single moment. Plus, the singer and former professional athlete are both just really busy right now, especially with J. Lo's upcoming It's My Party tour for her 50th birthday.

While chatting with Entertainment Tonight, Lopez said about wedding planning,

"It's going good. I think we have a pretty busy year ahead of us, so you know, we are [taking it slow]."

"There's no rush. We really see this as something that's gonna be forever, and we're gonna just take our time and do it right. And do it not rushed."

ET also reported that the Second Act star has found time to look at important wedding checklist items, including dresses and venues. That said, Lopez only does it when her schedule allows. "Most of the time, I'm working," she told the outlet.

It really shouldn't come as a surprise that Lopez and Rodriguez are taking time to plan the perfect nuptials. The "Medicine" artist previously stated after their engagement in March that wedding planning wasn't going to move fast.

She told WKTU's Cubby & Carolina In The Morning in April,

"We just got engaged, and then right afterwards we started working right away and we’re working the rest of the year, so I don’t know what’s going to happen. We haven’t decided if we’re going to squeeze it in somewhere or we’re going to wait.”

The former Shades of Blue actor also chatted with the Elvis Duran and the Morning Show on April 9, where she once again stated that she and Rodriguez have nothing permanently on their calendars regarding a wedding date. She said, "We’ve vaguely talked about, like, 'Oh, when do you think?' and things like that, but nothing is set in stone, and we’re not there yet."

Like Lopez, Rodriguez is also busy. Plus, the World of Dance judge and former New York Yankees player hardly have time to see each other. Lopez told radio host Elvis Duran that between Rodriguez doing Sunday Night Baseball and her tour and filming Hustlers, they have a lot on their plates. "Trying to even put our schedules together so we can see each other during that time is challenging," she admitted to Duran.

The couple has never been one to rush into anything when it comes to their relationship. Even before they got engaged, Lopez repeatedly made it clear they wanted to take their romance slow. On June 11, 2018, she told Good Morning America, "We have to take our time. I've made plenty of mistakes in my past and ... we're mature now." She continued, "We're grown ups and we're going to take our time and we're going to do things at our own pace."

There you have it. Lopez and Rodriguez will plan their nuptials at their own speed. Just think, moving slowly will allow them to put together an an even more romantic and beautiful wedding.

More like this
Ben Affleck Wrote A 12-Page-Long Speech For Wedding To Jennifer Lopez, Says Kevin Smith
By Brad Witter and Radhika Menon
Khloé Kardashian Is Reportedly Dating A Private Equity Investor She Met Through Kim
By Jordyn Tilchen and Jake Viswanath
Dixie D’Amelio & Noah Beck “Love Each Other” Despite Breakup Rumors
By Julia Emmanuele, Jordyn Tilchen and Grace Wehniainen
Hailey Bieber Reacts To Rumors She "Stole" Justin & *That* Selena Gomez Chant
By Radhika Menon
Get Even More From Bustle — Sign Up For The Newsletter