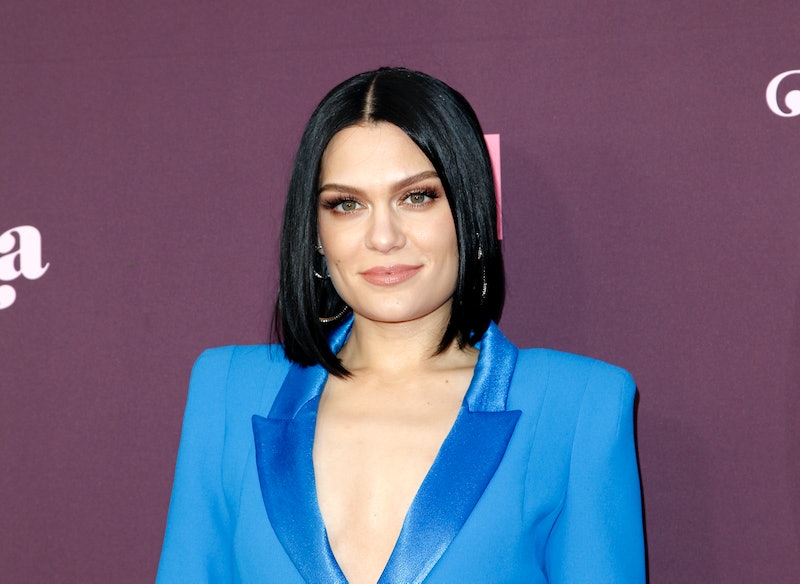 Oops. When she was 18 years old, Jessie J got a misspelled tattoo, and now — 13 years later — she's not afraid to hide it. Posing in crystal clear water and clad in a bikini, the British singer put her inked thigh on full display for a May 9 Instagram shot. In the caption, she preemptively explained the spelling error of her teenage tat, which included a lyric from her 2011-released single, "Who You Are." Beating haters to the punch, she wrote:

"Yes my tattoo says... “don’t loose who you are in the blur of the stars”

Yes they are MY lyrics from my song who you are

Yes that I wrote

Yes I spelt the tattoo wrong

Yes I got it done in Essex

Yes It’s the reason I wear everything high waisted"

Even with the misspelling, the experience didn't scare her off from getting inked again in the future, however, as she now has added several more pieces of body art into the mix. In Nov. 2015, for example, NYC tattoo artist Keith “Bang Bang” McCurdy gave Jessie J an open circle tattoo on her wrist which the "Domino" singer described on Instagram as "simple," "amazing," and "meaningful."

The reason the tattoo had so much meaning? Well, her parents were involved in this one. As she wrote in another Instagram caption: "Mum and Dad and I all got the same tattoo | Circle of love/trust Making memories and ticking things off their bucket list. Shout out to @bangbangnyc for making it happen on this special trip! ❤️"

Her previous misspelled tattoo might not have been the only one she later regretted, however. Weeks after get matching ink with her parents, Jessie J returned to Bang Bang's shop to cover up a stick man tattoo with a large brush stroke-style X and O on each of her lower calves.

Of course, she's far from being the only celebrity to experience a tattoo fail. Recently, Ariana Grande, Jessie J's collaborator on "Bang Bang" (the 2014 Grammy-nominated song with, not the tattoo artist) got a "7 rings" kanji tattoo on her hand, and well, let's just say it didn't go so well.

One her first try, Grande's palm tattoo meant "BBQ Grill" — instead of her intended "7 rings" — according to native Japanese speakers. Attempting to correct the error, Grande consulted her "Japanese tutor," who reportedly gave her instructions on how to add a character to give the tattoo a more accurate translation.

The second try didn't go so well either, however, as Grande didn't quite follow the instructor's advice and misplaced the new character. The new meaning of her tattoo? "Japanese BBQ Finger." A for effort, Ari.

The moral of Jessie J and Grande's stories? Definitely do your research before getting permanent ink on your body. In both women's cases, however, it's at least something they can laugh about now.

More like this
Nicola Coughlan Channelled 'Bridgerton' Chic At London Fashion Week
By El Hunt
Kate Middleton's Tribute To The Queen Also Had A Connection To Princess Diana
By Sam Ramsden
These Are Kylie Jenner's Best Paris Fashion Week Looks... So Far
By Dominique Norman
How To Shop Your Favourite Celebrities’ Closets On Depop
By Darshita Goyal
Get Even More From Bustle — Sign Up For The Newsletter