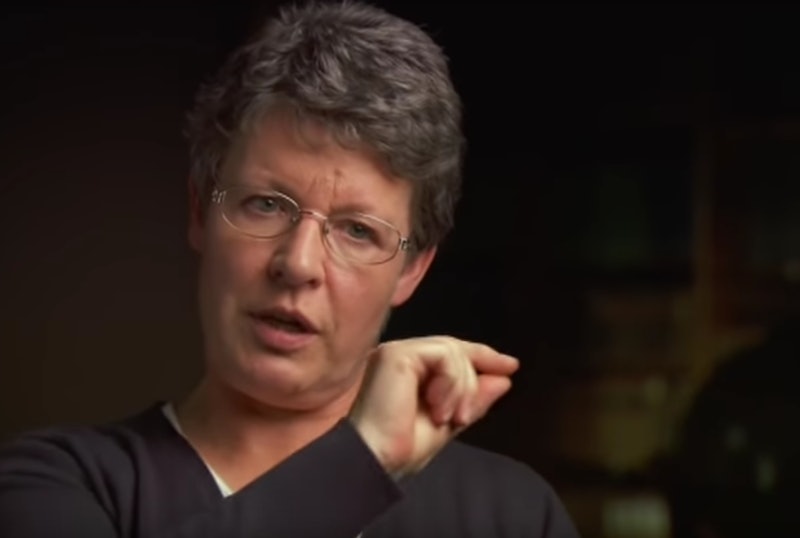 Jocelyn Bell Burnell made a discovery 51 years ago that changed the field of astronomy forever — but when a Nobel Prize was granted for the finding, it was given to her male supervisor. Now Bell Burnell's pulsar discovery won her a $3 million prize decades later, and she says she knows just what to do with it.

Bell Burnell's honor is the Special Breakthrough Prize in Fundamental Physics, and she's only the second woman ever to have been awarded it. Other recipients include Stephen Hawking, who was recognized for discoveries relating to black holes and quantum gravity. As for Bell Burnell's achievement, well, she's the one who discovered pulsars, swirling stars that shoot out a narrow beam of radiation.

It happened while she was a grad student at Cambridge University in 1967, according to The Washington Post. Bell Burnell noticed several "unclassifiable squiggles" on readout charts from a radio telescope and told her supervisor, Antony Hewish. "I had, it transpired, discovered the first four examples of an unimagined kind of star — bizarre astral bodies that transmitted radio beams as they spun, which swept through space like the ray of a lighthouse," she told The Guardian in 2009.

It was the kind of discovery that ambitious young scientists dream about. But when the Nobel Committee honored it with a Prize for Physics in 1974, they gave it to Hewish, instead.

For her part, Bell Burnell has said that the decision doesn't bother her. "I am not myself upset about it," she said in a speech in 1977, adding that "it would demean Nobel Prizes if they were awarded to research students, except in very exceptional cases, and I do not believe this is one of them."

Of course, the selection committee for the Special Breakthrough Prize would likely beg to differ that her finding was not a "very exceptional case." In its announcement on Thursday, it noted that the discovery of pulsars "was one of the biggest surprises in the history of astronomy, transforming neutron stars from science fiction to reality in a most dramatic way," and added: "Among many later consequences, it led to several powerful tests of Einstein's Theory of Relativity, and to a new understanding of the origin of the heavy elements in the universe."

Bell Burnell is now 75 years old and seems to maintain that humility to this day. In an interview with The Washington Post this week, she said that she doesn't intend to keep any of the $3 million prize money. "I don't need a Porsche or Ferrari," she said. "I don't have an affluent lifestyle."

The money will instead be used to create scholarships for women and minorities to study physics through the U.K.'s Institute of Physics. Bell Burnell told the BBC that she believes "unconscious bias" still exists in the field and that she wants to help elevate those whose identities are underrepresented.

She also noted that having an underrepresented identity can actually be an asset in making scientific discoveries. "I have this hunch that minority folk bring a fresh angle on things," she told the BBC. "In general, a lot of breakthroughs come from left field."

Bell Burnell still feels grateful for that finding she made so many years ago. "Very few people get the chance to make mega discoveries," she told The Guardian. "It's thrilling that mine opened up a whole new area of astrophysics."