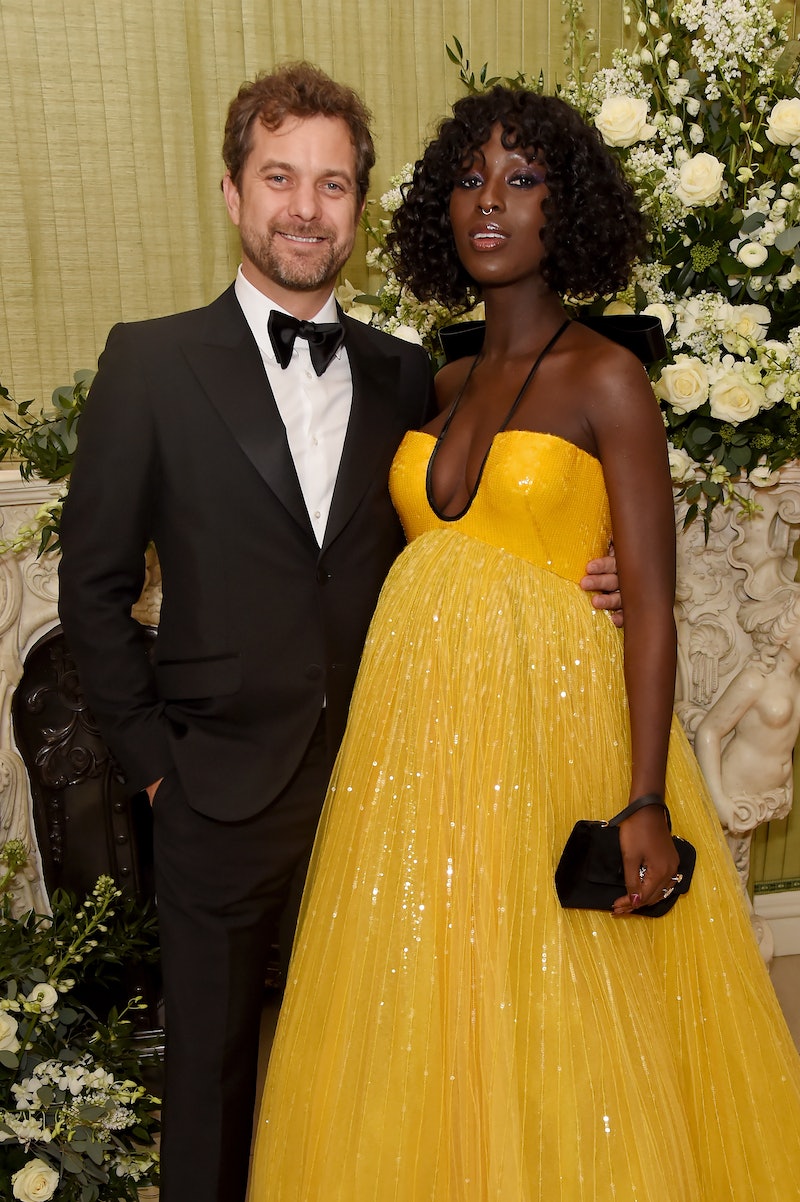 When it comes to declaring loyalty to the teen heartthrobs of the early aughts, Jodie Turner-Smith doesn't want to wait to share her enduring love for Pacey Witter. On Monday, Feb. 24, Jodie Turner-Smith sang the Dawson's Creek theme with Joshua Jackson in a video shared on her Instagram Story. Because what else was she supposed to do now that she's married to a star of the iconic teen drama?

Turner-Smith and Jackson — who are expecting their first child together — were running errands at Home Depot when the Paula Cole song, "I Don't Want To Wait" came on over the store's loudspeaker system. "You couldn’t write this," the actor captioned her video, which featured her laughing at the song before grabbing Jackson's arm while he jokingly rolled his eyes at the camera. "Is there something amusing you, babe?" he asked, while Turner-Smith continued to laugh and mouth along to the lyrics. "[I] felt ALL THE FEELS when I heard this song," she wrote on her Instagram Story, before declaring her loyalty to "#PACEY4EVA."

While the couple have kept their relationship primarily out of the spotlight since they were first linked back in October 2018, Turner-Smith has shared small glimpses into their relationship on social media. On Valentine's Day, she shared a series of intimate photos from their relationship, along with a video of Jackson lovingly rubbing her growing baby bump. "Happy valentine’s day to the man who sees my soul and holds my heart," she wrote at the time.

Turner-Smith's latest video is actually not the first time that has shared her love for Dawson's Creek and Pacey Witter. Back in January, Turner-Smith told W Magazine that her "first love" was actually Jackson's character. "It was Pacey from Dawson’s Creek!" she admitted, adding, "I was a very young teenager. And now we are a couple."

Despite the enduring love for Pacey from fans — and his own wife — Jackson has stated in the past that he wouldn't want to take part in a Dawson's Creek revival, especially since so much has changed for the cast since the show ended in 2003. "I think for anybody who was a fan of Dawson's, to actually see us on camera again might be a little bit shocking and kind of heartbreaking," Jackson said on The Ellen DeGeneres Show in December 2016.

He continued, "We're not cute kids anymore! It's been a long time. We're holding up OK, but I think if you put the four of us now up to the four us then, it might be a little shocking."

Still, Jackson has continued acknowledge Dawson's Creek's legacy over the years; in August 2018, he even celebrated the end of his show, The Affair, by comparing his performance to James Van Der Beek's viral "crying Dawson" meme. "I'm coming for your crown @vanderjames," he captioned the post, which featured a side-by-side comparison to one of the most enduring Dawson Creek moments of all time.

A lot has changed since Pacey Witter was on our television screens twenty years ago, but it's clear from Turner-Smith's video that his legacy will always live on — and she's not going to let Jackson forget about it anytime soon.