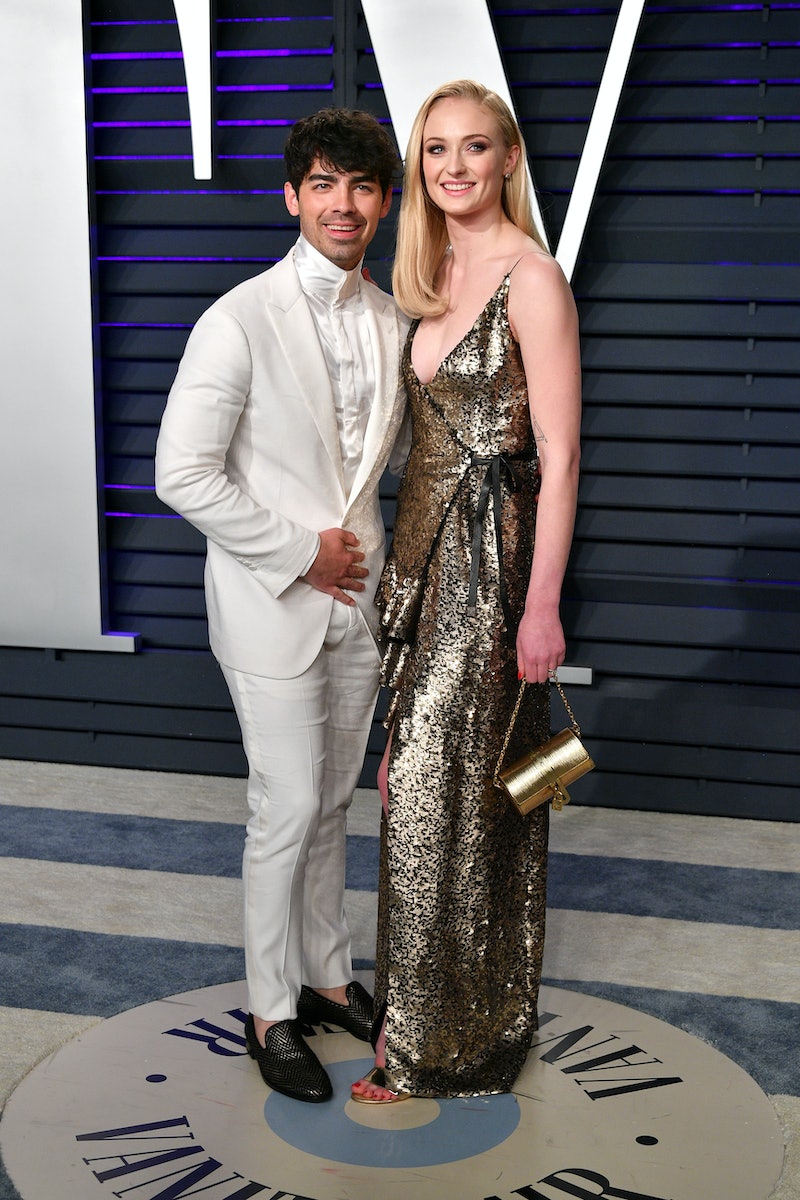 These two really are the chillest of them all. In a recent chat with London's Capital Breakfast With Roman Kemp, Joe Jonas commented on Diplo livestreaming his Las Vegas wedding to Sophie Turner on May 1. Most celebrity couples probably wouldn't have been too happy with someone plastering their nuptials all over social media, but Jonas and Turner aren't your average famous duo. As they've proven before, the former Game of Thrones star and singer can be super chill.

Jonas joked about Diplo putting his nuptials to Turner on Instagram, "Yeah, he did ruin it." He may have been joking, but the Jonas Brothers singer didn't hold back when expressing his feelings about Diplo's obsession with Instagram. He said,

"I love Diplo, but he loves his 'gram more than a 13-year-old. He posts every five seconds. He literally, like, live-streamed with dog face filters."

Even though Jonas and Turner didn't really want their wedding filmed for social media, they laughed off Diplo's actions because they're such good sports. As the "Sucker" artist said about Diplo taking to his Instagram Story,

"We just laughed. We loved it. We thought it was ridiculous, and I just love that he was walking into the chapel and he was like, 'going to hit this wedding real quick,' [in his Instagram Story]."

See? They're just so carefree and are able to brush off things that don't really matter in the long run. That said, Jonas and the Dark Phoenix actor's rumored next wedding will probably be a bit more secretive. Yes, there have been reports that the two are having another ceremony. Even Norton asked Turner, "But you are having a big party?" She replied, "Potentially."

The talk show host joked with the GoT actor, "It's in France. 15th of July...I have no idea." She answered, "That was a pretty good guess." So it certainly sounds like another wedding is happening, but Turner and Jonas are trying to keep details quiet.

In March, Jonas revealed on The Late Late Show With James Corden about marrying Turner, "We're gonna get married this year. We're gonna have a summer wedding, which I'm looking forward to. It's gonna be a lot of fun."

Then, The Sun reported on April 29 that the couple were getting married at a France estate over Glastonbury weekend, which will be held this year on June 26 through June 30. A source "close to the couple" told the outlet, "They plan several parties across four days and one will be an outdoor festival. They have been contacting some of their favorite artists to ensure it’s a star-studded affair." The Sun even reported that Jonas and Turner's wedding date will be Saturday, June 29. So maybe Norton really did make a good guess?

If Jonas and Turner have another ceremony, there's a good chance they'll ban phones. They may want their second wedding to be a bit more discreet until they're ready to share photos and details themselves. Whatever the case, you can bet Diplo won't be livestreaming.