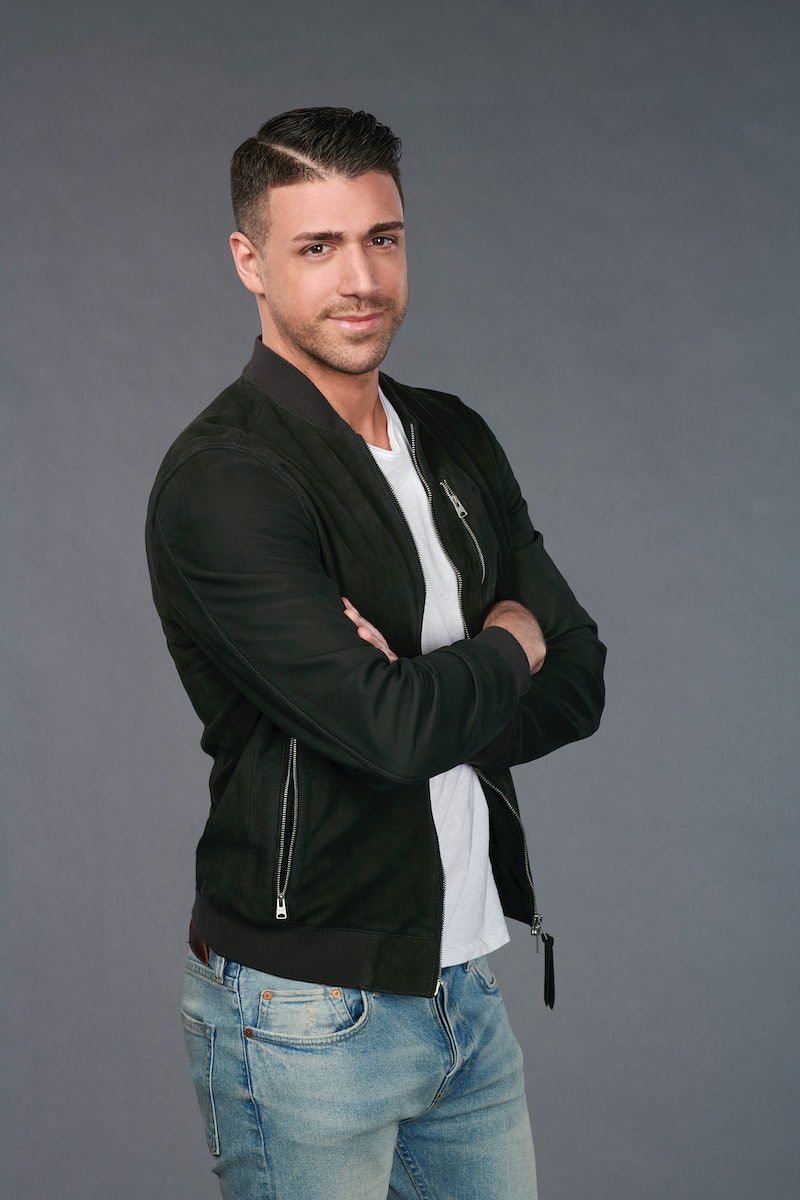 After her relationship with Colton didn't work out on The Bachelor, Hannah B. is on her own capital-J Journey to find love. There are a lot of men to sift through and not much time — for her and for viewers — but we're here to help you make some sense of the madness, beginning with Joey from The Bachelorette. According to his official Bachelorette bio, he is a 33-year-old finance manager from Bethesda, Maryland, and apparently he's quite the globetrotter. "Joey spent his 20s having adventures and starting his career," the page reads. "He's lived in Australia, Hong Kong, and San Francisco; and while he still loves adventures, his priority now is looking for a life partner to settle down and have children with." Sounds like quite the eligible bachelor.

Joey seems very family-oriented, and wants to have a house that accommodates that. He's also a pro at facing his fears and pushing himself to learn new things — his bio goes on to say he's afraid of heights, but has done his share of bungee jumping and skydiving, and he's also learning how to play the piano. An ambitious fellow! And a frontrunner, perhaps?

Joey's Instagram account is private — curses! — but there are some other ways we can learn about who he is offscreen. Bethesda Magazine reports that he graduated from Georgetown Prep in 2003 and earned his degree in management from Boston College in 2007. He then lived in San Francisco for three years before returning to the D.C. area in 2016, where he now works as an advisor for the company EY — or Ernst & Young, for those who aren't looped into the financial world — the magazine continued. They even interviewed a classmate of his, Patrick Coyle, who says he's a "great guy." Solid!

During Chris Harrison's live stream of the contestants' introductions, he said Joey "has kind of a Jersey Shore vibe" — if that MTV series taught us anything, Joey will be good TV even if he's not so hot in the relationships department. Harrison also added that "Joey definitely comes out with baby on the brain on night one," which is only further complemented by the fact that ABC has a photo of him meeting Hannah with a baby carrier in tow. See for yourself:

Will Hannah run for the hills, or will she be moved by the gesture? Only time will tell, but hey, it worked for Garrett and Becca.

Aaand that's about it, folks. With no social media to stalk, Joey's actual personal life and personality both remain largely a mystery. His commitment to wanting a wife and kids will probably be a big plus for Hannah — she's said before that she's ready to start building a life with someone, and a like-minded partner is going to go further in the competition than someone who's not quite sure they want to settle down just yet.

Joey might be the frontrunner Hannah's looking for, and things could get serious before we know it. Apparently as soon as night one!