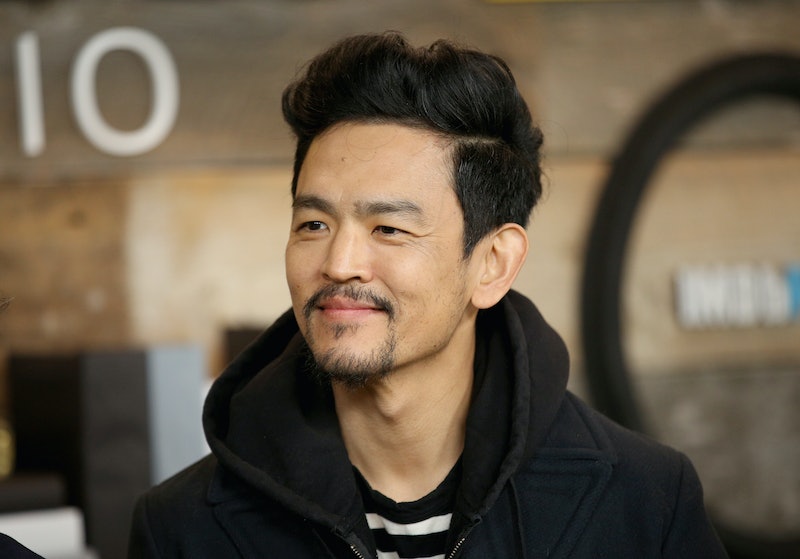 In a world full of film and television roles most often held by white men, it can be difficult for Asian-American actors to find work. And according to actors John Cho and Vivian Bang, (both of whom have films that premiered at Sundance Film Festival) in the limited roles available to Asian-Americans, so many of them are tired and offensive Asian stereotypes. Luckily, these two actors found a way to break free from these tropes in their most recent films.

Cho, who stars in the Sony-acquired thriller Search, was drawn to the material because not only did the film depict a fully Asian-American family, it was a family who loved each other and got along. "I wanted to put this family on screen. I wanted to see a loving family, a family that wasn't dysfunctional," Cho says when we speak at the 2018 Sundance Film Festival press day for the film.

For Cho, known for his work in the Star Trek films, it was essential that this family, and his character especially, break away from typical Asian-American family stereotypes. "I feel like Asian-American families are portrayed as having generational conflicts... young people running away from the old culture to find freedom from the heaviness of the first generation. I've seen that story, and while I can appreciate it, what was new here was a functioning, loving family. I quite enjoyed seeing that," he adds.

Stereotyped or not, Asian-Americans on screen are rarely seen at all. In 2017 there were no Asian-American leads in major films, which is even more disheartening when you consider the alleged white-washing of films from the same year, such as Ghost in the Shell or The Great Wall. And according to a study from the Annenberg School for Communication and Journalism at the University of Southern California in 2015, only 1.4 percent of lead characters in studio films released in 2014 were Asian.

Perhaps that's why some Asian-American actors are turning towards independent cinema, where they have more control in crafting their own stories. Take Vivian Bang, who co-produced and stars in White Rabbit, a story about a performance artist struggling with her career and love life in Los Angeles.

"Why hasn't there been an Asian American female lead in an American movie? Can you name me one?" Bang asks when we speak during the festival. "No, and why? Because there's an unconscious bias in our country. It's not that anyone is trying to do anything wrong or have hatred, but there's a systemic oppression and absence. A complete under representation of a real, rich world."

Not only does Bang claim that Asian-American actors are pushed into smaller roles, she also says that as an Asian-American woman, she's been "objectified my whole life." She goes on to say: "Sometimes as an Asian female I’m totally fetishized or stereotyped. I don’t know where it started, but there's a fetish."

As proven year after year, the statistics for Asian-Americans in Hollywood are nothing short of horrible, and their representation is, according to these actors, just as despicable. For Cho and Bang, the solution is simple: hire more Asian-Americans, and hire them to play roles that are well-rounded, realistic, and — and obvious as it may sound — not stereotypes. The solution is clear, but the question remains: Are you listening, Hollywood gatekeepers?