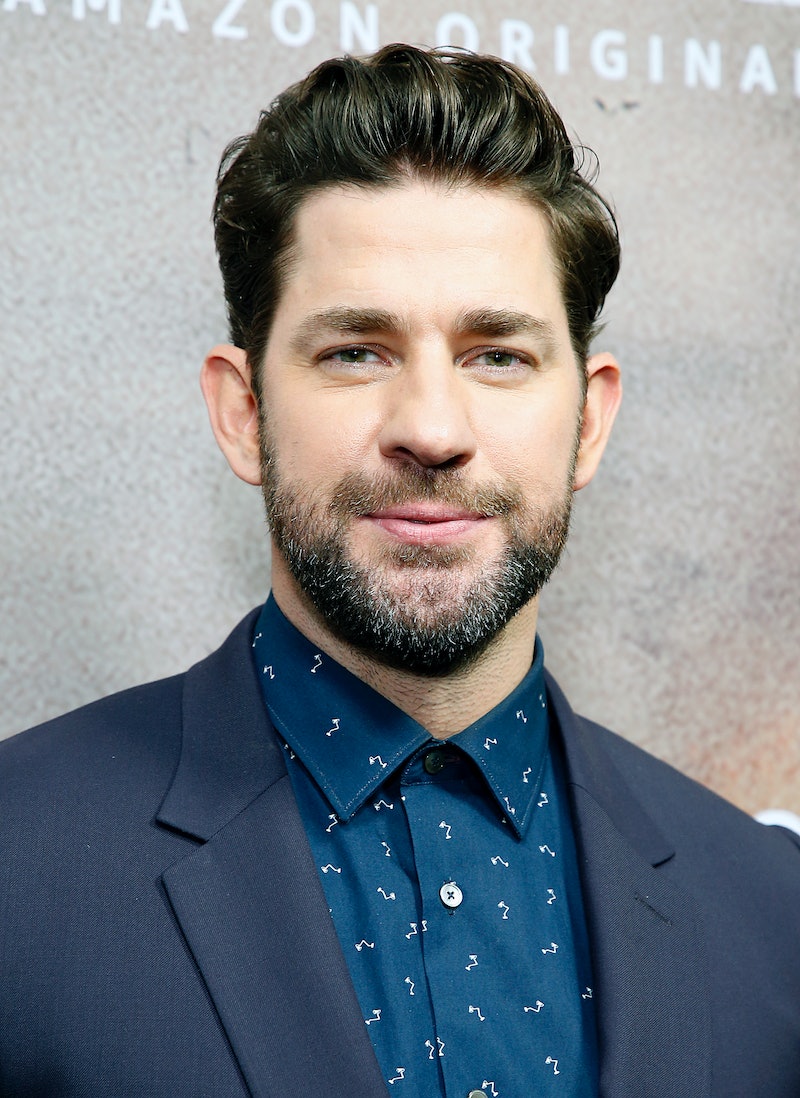 Since leaving Dunder Mifflin in 2013, John Krasinski has become an acclaimed writer and director and the star of his own Amazon series — but for some, he'll always be Jim Halpert. And he's OK with that. In a recent interview with Esquire magazine, Krasinski said he'd "love to do" an Office reunion, saying he still has affection for the breakthrough NBC sitcom.

"The Office was absolutely everything to me," Krasinski told the outlet, noting that his time on the show was an overwhelmingly positive experience. "I mean, it is my beginning and my end. ... That was my first experience with Hollywood." Adding that "in many ways" the cast and crew of The Office are "the most important people in that most important experience in my career," Krasinski made it clear that he's not opposed to revisiting the iconic show. "If they did a reunion, I would absolutely love to do it."

This isn't the first time that Krasinski has spoken about his desire for a potential Office reunion. In 2018, he told Entertainment Weekly, "I think we should reboot" the sitcom, though he acknowledged that everyone's schedules might make that difficult. “Maybe we could do like a Christmas special or something," Krasinski suggested at the time, noting that "the British show did a Christmas special, which is like, 'Where are they now?'" That does sound easier to plan and execute than an entire 22-episode season.

While Krasinski might be on board with a revival, one of his costars is a bit more hesitant about returning to Dunder-Mifflin. In a 2018 interview with Esquire, Steve Carrell explained that he didn't think an Office revival would work in the #MeToo era, as much of what made Michael Scott a memorable character wouldn't be acceptable today. That said, he specifically rejected the idea of a revival, not a reunion, so who knows what the future might have in store.

Reunion or no, the show's main cast will likely always be associated with their characters, which Krasinski himself acknowledged in his Esquire interview. "I'm pretty sure at the end of my career I'll still be known for Jim," he said. And while he doesn't mind being so closely associated with Jim Halpert now, when The Office first wrapped in 2013, he found it hard to land roles because it was so difficult to separate him from his character. "The Office was so big at the time, but I think a lot of people were afraid to cast certain cast members in anything else because they were just known as that one thing, which I completely understood," Krasinksi explained.

Of course, if Krasinski's made peace with the fact that he'll be known as Jim Halpert forever, it seems only right that NBC reward him with the Office reunion series that he — and fans everywhere — deserve.

More like this
A New 'And Just Like That' Table Read Pic Confirms A Key Character's Return
By Jack Irvin and Grace Wehniainen
Netflix Reveals First Look At Wednesday In The 'Addams Family' Spinoff Series
By Bustle Editors
Nicola Coughlan Shared A Lady Whistledown Excerpt From ‘Bridgerton’ Season 3
By Grace Wehniainen, Alyssa Lapid and Sam Ramsden
The New Bachelor Will Be Announced Next Week & Here Are The Top Contenders
By Grace Wehniainen
Get Even More From Bustle — Sign Up For The Newsletter