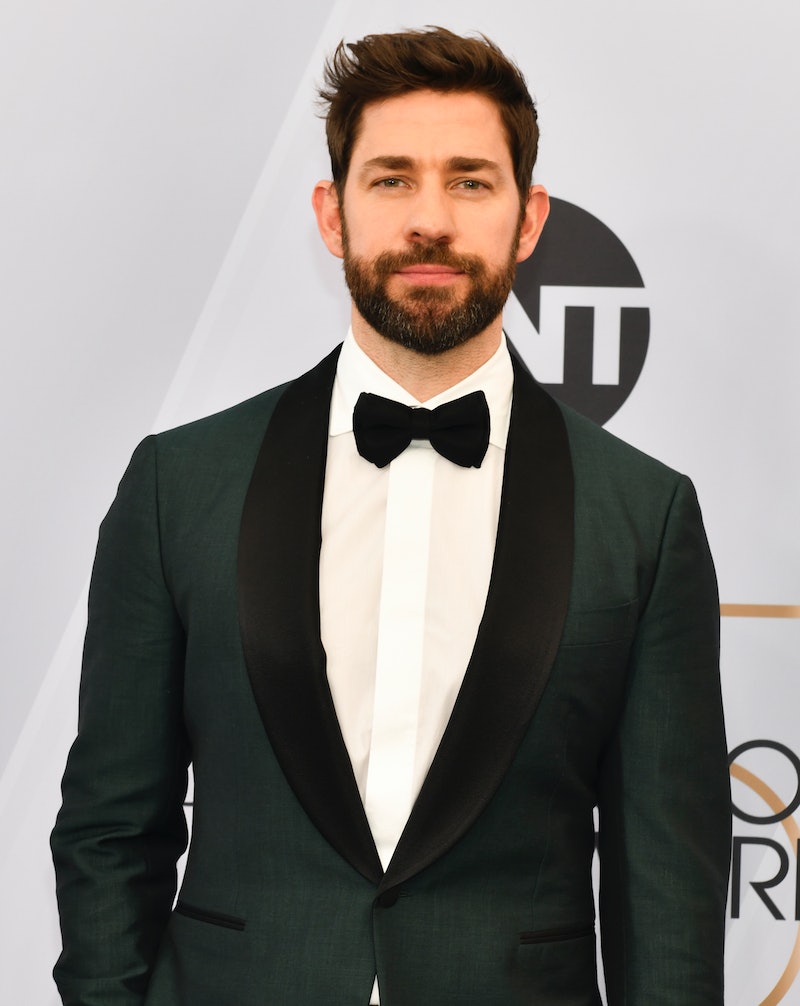 If you cried when Jim Halpert proposed to Pam Beesly on The Office, John Krasinski's commencement speech at Brown University will really bring the waterworks. On the Saturday of Memorial Day weekend, the actor delivered the Baccalaureate address to the undergraduate class of 2019 at the Meeting House of the First Baptist Church in America, but the speech reached and inspired far beyond that room.

Having grown up in Massachusetts and graduated from Brown in 2001 with a degree in theatre arts, Krasinski had lots of wisdom to impart to the students, who could hardly withhold their star-struck cheers when he took the podium, as you can hear in the video below. After thanking Brown for the honor to speak and breaking the ice with a few jokes, he began the speech which he titled, "What Do I Know?"

He admitted that he was worried about contending with previous keynote speakers including Supreme Court Justice Ruth Bader Ginsburg and The Dalai Lama, until he realized the one advantage he had over them. "They didn't go to Brown," he said. "Not smart enough. You know who did go to Brown? The dude from The Office."

Jokes aside, Krasinski made an effort to be relatable to the class, and gave genuine advice that he hoped would be useful in their futures. "People ask me how I got into acting, and the truth is, I didn't get into acting. I got into everything," he said of his time at Brown. "For the next four years I wanted to be part of it all, I formed a new way of thinking. A new way to execute those thoughts. I left my comfort zone and then stayed there, and left again."

He detailed how formative of an experience his undergraduate years were, how they opened his mind to things he'd never thought about before. He told the class that their responsibility as college graduates isn't to change the world overnight, but to take any idea farther than it's ever been taken. "Real change is organic. The only responsibility you all have is to hold fast to everything you have lived, right here. To not conform, to realize that when you're out there, you've done all this before," he said. "Remember fondly the discomfort you felt when you were asked to push yourself farther than you were ever sure you could go. And the elation when you finally got there."

He wrapped up his inspiration with a few reminders. "Remember to believe in something,”" he said. "Fall in love as many times as it takes." And that's when the hearts of every Jim and Pam fan exploded. "Remember before you do something special," he added. "Just do something." He ended his speech with, "That's what I know."

Upon his return to his alma mater, Krasinski received an honorary doctorate, according to The Boston Herald, along with seven other notable figures, including Academy Award-nominated documentary filmmaker Ken Burns.

Now that Krasinski's speech is over, he's off to root against Jenna Fischer's National Hockey League team of choice, the St. Louis Blues, in the Stanley Cup Finals on Memorial Day. But there's no doubt his words left a lasting impression on the graduating class.