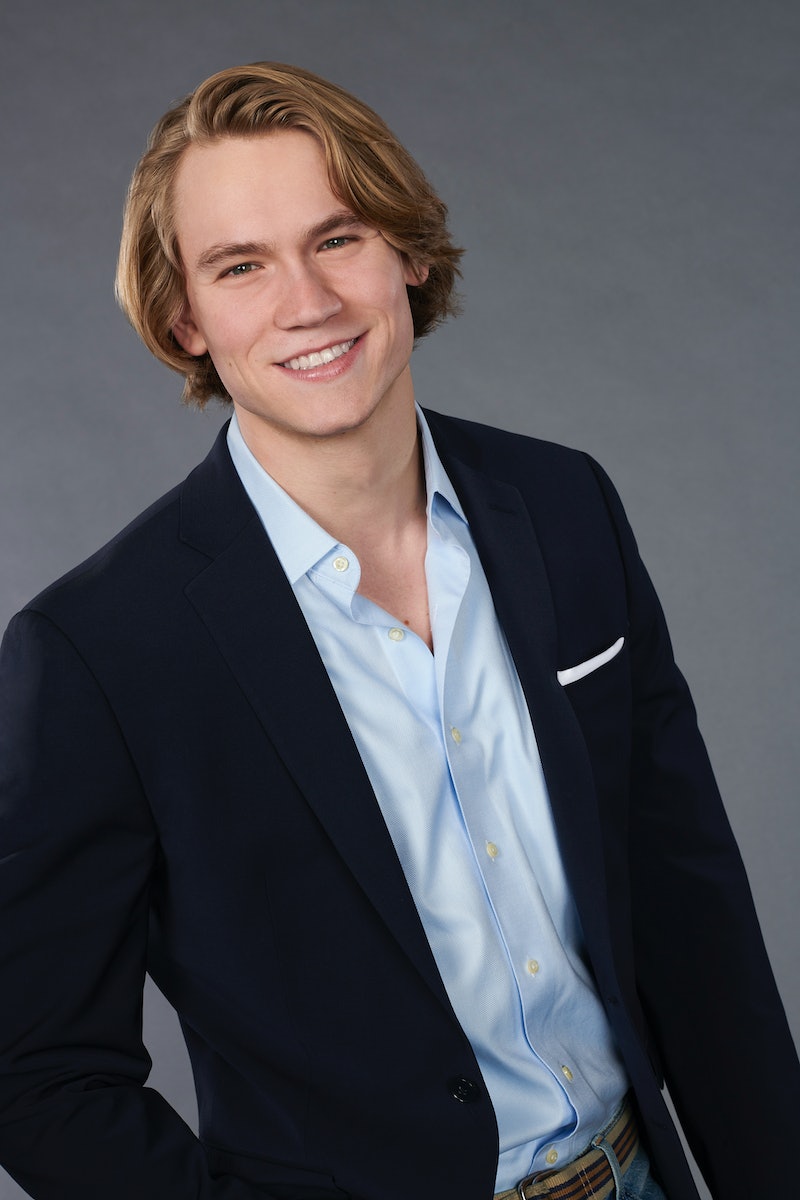 Imagine if your job in life was just to... be you. That's what ABC is making it seem like John Paul Jones' job is outside of The Bachelorette. The show has listed the contestant's occupation as "John Paul Jones." That's right, John Paul Jones is a John Paul Jones. Of course, like with many of these funny job titles (remember the Chicken Enthusiast?) it's not a real profession. Bachelorette star John Paul Jones has a real job, the show probably just thought it was more fun to make it sound like it's his profession to be a three moniker dude.

There's a reason behind his chyron, and host Chris Harrison said it's because you always have to refer to him by his full name. "You don't ever say 'John' at all," Harrison said in a YouTube video introducing the contestants. "It's John Paul Jones all the time. I shortened it to JPJ." Harrison added that JPJ seemed less like a contestant vying for Hannah's heart and more of a "mood" and a "way of life." If you're as intrigued as I am to learn more about this mysterious JPJ, don't worry. He makes it past night one, Harrison said, so we'll get plenty of his "way of life" on our screens.

Speaking of three letter nicknames and mottos, by the way, another contestant Cam said in the trailer that he has one too. It's "ABC" as in "Always Be Cam." Shortening moods and names down to a handful of letters is a real thing, I swear. In college, my friends and I called someone BCB, or "Beautiful Canadian Boy." Mostly the nickname was so we could talk about him in front of him without him knowing. But JPJ is shorthand for John Paul Jones' whole identity.

The dude is very into his name. His Instagram username is his name twice: johnpauljonesjohnpauljones. He hasn't posted since October 2018, but the page is still up for you to peruse if you so wish. I stumbled upon this pic of him and his dad who I found out via Facebook stalking is sadly not also named John Paul Jones. He does sorta look like a combo of Woody Harrelson, Colin Firth, and Matthew Perry, though, so he has that going for him.

JPJ's ABC bio further calls him out for his three-word moniker. "When referring to John Paul Jones, always use his full name: John Paul Jones," the bio reads. It adds that he often uses words over three syllables long — so that's maybe where the obsession with using his full name comes from. JPJ's bio also reveals his real job, because unfortunately being a John Paul Jones doesn't pay the bills (yet).

His bio says he's a financial analyst, and his LinkedIn confirms as much. The site says he works at 2U in Washington, D.C. According to the 2U website, it's a "digital higher education" platform.

It is kind of funny that JPJ is so obsessed with his name, because he's not even close to the only famous John Paul Jones. For one, that's the stage name for Led Zeppelin's bassist and keyboardist. John Paul Jones was also a naval commander in the Revolutionary War, according to the National Park Service. There's even a street in Jones' hometown of Maryland called John Paul Jones.

Perhaps JPJ figures the more people that know his full name the higher his name will rank on Google compared to these other John Paul Joneses? The world may never know, but at least we can all get to know the real JPJ and his way of life once The Bachelorette premieres.