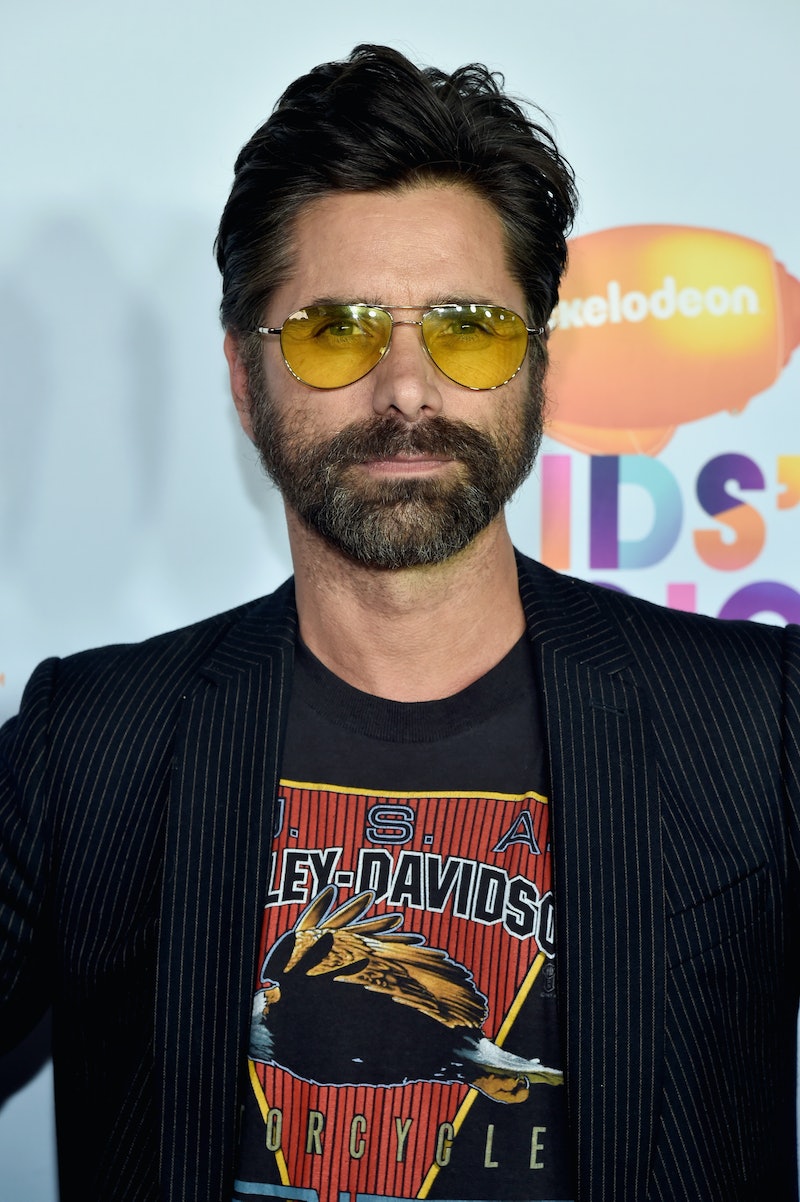 Sorry, Full House fans, Uncle Jesse is no longer available. On Sunday, John Stamos and Caitlin McHugh announced their engagement in an Instagram post. The couple have been together for two years, but have kept their relationship fairly private. McHugh, 31, is a model and actor, with roles in The Vampire Diaries and NCIS: Los Angeles. Earlier this year, she starred in Ingenue-ish, a short film that Stamos wrote and directed.

The two stars were on a fun and romantic trip to Disneyland when Stamos popped the question. In an illustrated picture on Instagram, cartoon versions of Stamos and McHugh can be seen standing in front of the Sleeping Beauty Castle while fireworks go off in the distance. He wrote in the Instagram's caption, "I asked...she said yes! ...And we lived happily ever after".

Stamos revealed that he was in a relationship during an appearance on The View in 2016. While promoting a collaboration with The Beach Boys, he told the hosts that his girlfriend was a fan of the project. Stamos was previously married to Rebecca Romijn from 1998-2004. Not long after the actor mentioned his new relationship on the morning show, the couple was spotted on an ice cream date together in Hollywood.

The two actors have kept kept their relationship relatively private, but over the last year they've shared a few adorable memories. From their creative endeavors to theme park trips, it's clear this couple is super happy. Here are some of their cutest moments:

This engagement announcement is so cute, and it's an homage to McHugh's love of all things Disney. In the past, the couple have visited the magic kingdom often, so it makes sense that the would get engaged at one of their favorite places.

According to People, the actor played a short film of romantic moments from animated Pixar and Disney films at the resort, ending with the The Little Mermaid's Sebastian saying, "Just ask the girl." Stamos' rep told People that the video gave him enough courage to pop the question. The couple then went to 21 Royal to celebrate with family.

This picture that McHugh posted to Instagram in early October shows another one of the couple's frequent trips to Disney. She wrote, "I’ll always be the #Mickey to his.....whatever he feels like wearing." So sure, their Disney-bound outfits don't totally match, but that doesn't make this picture any less adorable. McHugh is dressed as a casual Mickey Mouse, and Stamos is dressed as Uncle Jesse going to Disneyland.

On Stamos 54th birthday, McHugh posted this adorable birthday wish to Instagram. The pic shows the couple having a pillow fight, and the caption reads, "Here's to growing up, but never growing old! Happiest of birthdays to my Love! May every year keep getting better and better."

Stamos and McHugh both posted this funny picture of themselves riding the Splash Mountain coaster with its creator, Tony Baxter. Stamos wrote, "My whole life I've dreamt about riding Splash Mountain w/ the man who created it- then I blocked his face." It was clearly a dream come true for both stars, even if Stamos made this funny mistake.

When He Supported Her Career

In an interview with Entertainment Tonight, McHugh said that her partner's support of her career is "priceless". According to the actor, this hasn't always been the case in her past relationships. “He's very encouraging of anything I want to do career-wise,” she told the publication. “I really appreciate it a lot. You don't get that with every guy.”

For McHugh's birthday, the couple wore matching Winnie the Pooh costumes. They both posted this sweet pic to Instagram. The Vampire Diaries star captioned her pic with a quote from the movie, "'How do you spell love?' Said Piglet. 'You don't spell it--you feel it,' responded Pooh. #grateful #birthdaygirl."

When They Released A Film Together

Stamos wrote and directed this short film, and McHugh and Josh Peck starred. The film was accepted into the Portland Comedy Film Festival, and it premiered there in May.

It looks like McHugh and Stamos are hoping to live happily ever after. Fans have already begun mourning Stamos no longer being single on Twitter, but this couple couldn't be happier. There's a good chance the wedding will be a Disney-themed affair, and the newlyweds might just share that moment with fans, as well.