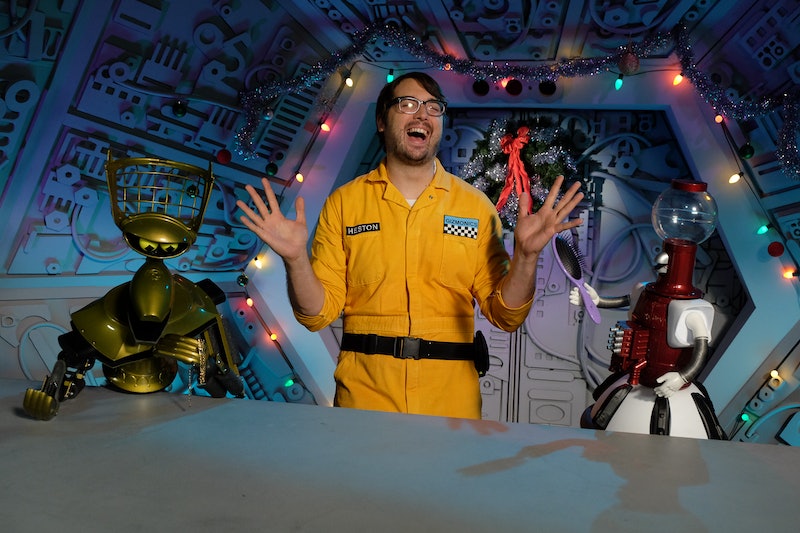 But hold onto your helmets, because Ray won't be the only new face on Mystery Science Theater 3000: The Return. He will be joined by Felicia Day as new characters Kinga Forrester and Patton Oswalt as TV's Son of TV's Frank. However, the new Mystery Science Theater 3000 won't be completely full of new faces. The test subject's iconic robot friends, including Gypsy, Tom Servo, and Crow will all be back for more shenanigans.

So if you're a fan of the original Mystery Science Theater 3000, you've got to at least give this new version a try, right? I mean, it seems like there's a good chance that the reboot will be able to capture some of the same campy magic of the original series. Even if it's only a fraction of it, Mystery Science Theater 3000: The Return should be able to provide a bright spot in these oft-dark times.

But I understand the hesitation about being on board with Mystery Science Theater 3000: The Return, too. I mean, the host is everything, and if Ray doesn't bring the sarcasm and silliness, things could go south real quickly.

However, I think Ray has what it takes to simultaneously please old Mystery Science Theater 3000 fans while also bringing the cult classic to an even wider audience. As you will soon see, the dude knows comedy and can be compelling on screen. So do as the original theme song to the series says and "just relax."

More like this
The Jonas Brothers' New Album Has A Very Meta Name
By Alyssa Lapid
Cruz Beckham Teased New Music With An Adorable Nod To Mom Victoria Beckham
By Stephanie Topacio Long
The Spice Girls Are Set To Reunite At King Charles III’s Coronation
By Sam Ramsden
Zach Gilford Admits He Forgot Taylor Swift's Name When He Starred In Her Music Video
By Jake Viswanath
Get Even More From Bustle — Sign Up For The Newsletter
From hair trends to relationship advice, our daily newsletter has everything you need to sound like a person who’s on TikTok, even if you aren’t.