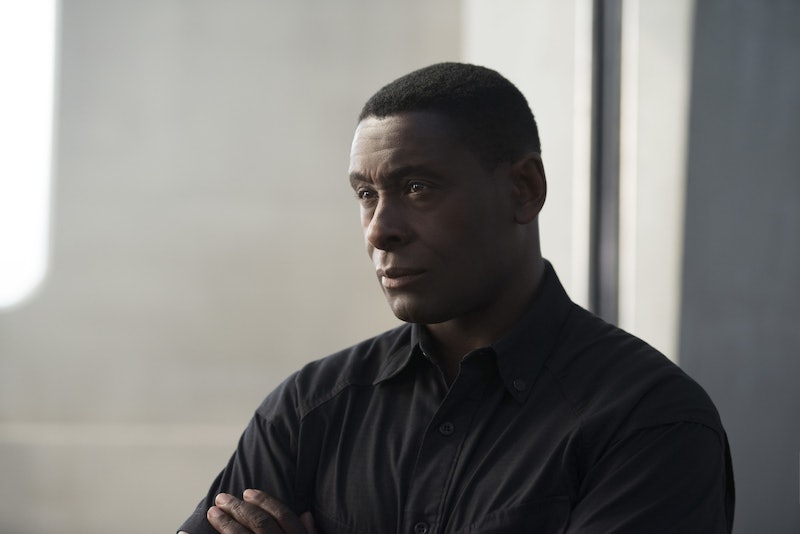 While Season 3, Episode 2 of Supergirl focused on Kara Zor-El’s greatest fears, Episode 3 may end up going in the opposite direction — giving some great news to the Martian Manhunter. J’onn needs to go to Mars on Supergirl, and things are about to get even more real for him. You see, J’onn isn’t the last of the Green Martians. In fact, he’s soon to find out that he’s got a closer relationship to the other remaining Martian than he could have ever dreamed.

J’onn had known of a pair of other Martians to come to earth: An unnamed one in Season 1, and of course, M’gann M’orzz who he’s had a bit of an ongoing chemistry with. However, both of those were White Martians, while J’onn is a Green Martian. So who is this other surviving Green Martian? That would be none other than M’yrnn J’onnz — J’onn’s father.

Carl Lumbly will play the patriarchal Martian, and this actually isn’t the first time he has played a Martian in the DC comic universe. He’s also been the voice of J’onn in several animated series including: Justice League, and Justice League Unlimited, according to the International Business Times. M’yrnn though differs from his son, in that he’s a pacifist and a religious leader, certainly setting up a bit of father-son conflict.

Their conflict won’t just come for the support or disinterest in pacifism though. For centuries J’onn has lived on Earth and has been trying to blend in as a human. According to Supergirl’s Executive Producer Andrew Kriesberg, who spoke to DC Comics News, that hiding certainly made him less of a Martian, at least in his father’s eyes.

“J’onn has always felt like an alien … The irony is he becomes reconnected to his father and his father thinks, ‘Oh, my God you’ve gone so Earth-man.’ So for J’onn, it’s this realization that he’s not quite the alien that he thought he was, and what that means to him, and if we’re reconnecting with his Martian heritage, how important is that to him?”

The actor who plays J’onn, David Harewood, has also hinted at this potential conflict between father and son in an interview with EW. And while he’s excited and positive about his character’s future relationship with M’gann, he’s less optimistic about the relationship with his dad. “It’s not an easy [relationship]” Harewood said. “There’s going to be some complications. J’onn always thought he was the last Green Martian, so it’s going to be extraordinary to find that not only is he not the last Green Martian, but the other one is his father.”

Although it would appear that it’s not exclusively good news for the Martian Manhunter. According to TVLine, there will be another new Martian joining Supergirl – a villain, his name is Da’rack, and he’s a White Martian that’s known to be aggressive. That behavior is nothing new for White Martians however, as their species is noticeably more aggressive than the green variety and who were responsible for the Green Martian’s extinction.

With nothing confirmed, it’s unclear whether or not the next episode of Supergirl will feature J’onn’s new enemy, or his father. What is clear is that regardless as to what M’gann is coming to J’onn about in the final scene of the second episode, she’ll be involved somehow — potentially, with Supergirl herself as well. And, that's exciting for Harewood. Speaking to Comicbook.com, he said that he’s really appreciated working with his Martian cast mate Sharon Leal. "I think you're going to see him hopefully with M'gann again,” he teased. “Doing some nice stuff with Sharon Leal as Miss Martian. She was fantastic."

No matter which Martians end up being in the next episode, we should be in store for some awesome Martian action when J'onn makes his trip to Mars. But, whether one or both new characters show up — it should make for quite the eye-opening experience for J'onn.