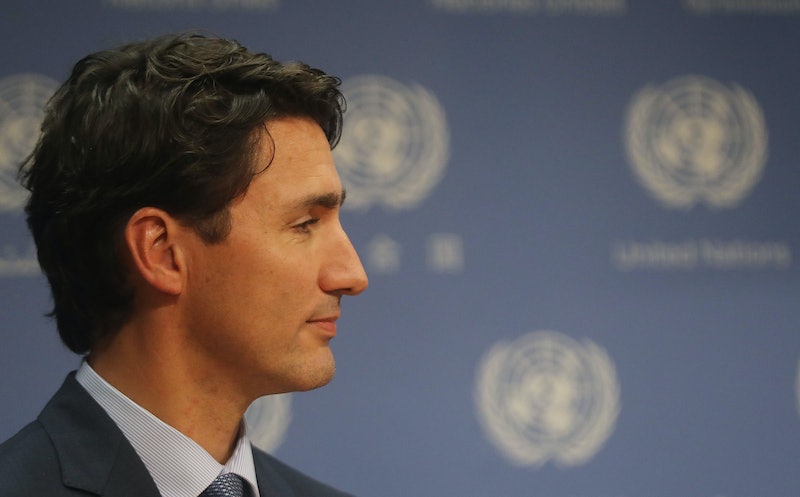 Trudeau and Trump have had little interaction yet, but Trudeau's liberal party affiliation and his bromance with Obama would indicate that his worldview and Trump's don't align. This was echoed when he vocally celebrated Women's March participants last week, and again on Saturday when he made clear on Twitter that Canada would open its arms to those people that the U.S. is currently turning away at its airports and borders, spurring protests at airports around the country.

So, while the U.S. appears to be precipitously walking back its "give me your tired, your sick, your huddled masses yearning to breathe free" mantra, its encouraging to see our neighbor to the north continuing to espouse the values that could have made the case for the U.S. being the greatest country on earth. If you want to keep your faith in humanity, and in the ability of North American leaders to govern compassionately, check out his response to the Muslim countries ban.

Trudeau went on to share pictures of him greeting refugees, with the hashtag #WelcomeToCanada.

He assured his citizens that they were in touch with U.S. officials on how the new bans might impact them.

Trudeau continues to reveal himself as a thoughtful, intelligent leader, and we can only hope that the U.S. government starts to take cues from him. This is how the government of a rich nation should respond to a humanitarian crisis — by opening its arms, not closing its borders.