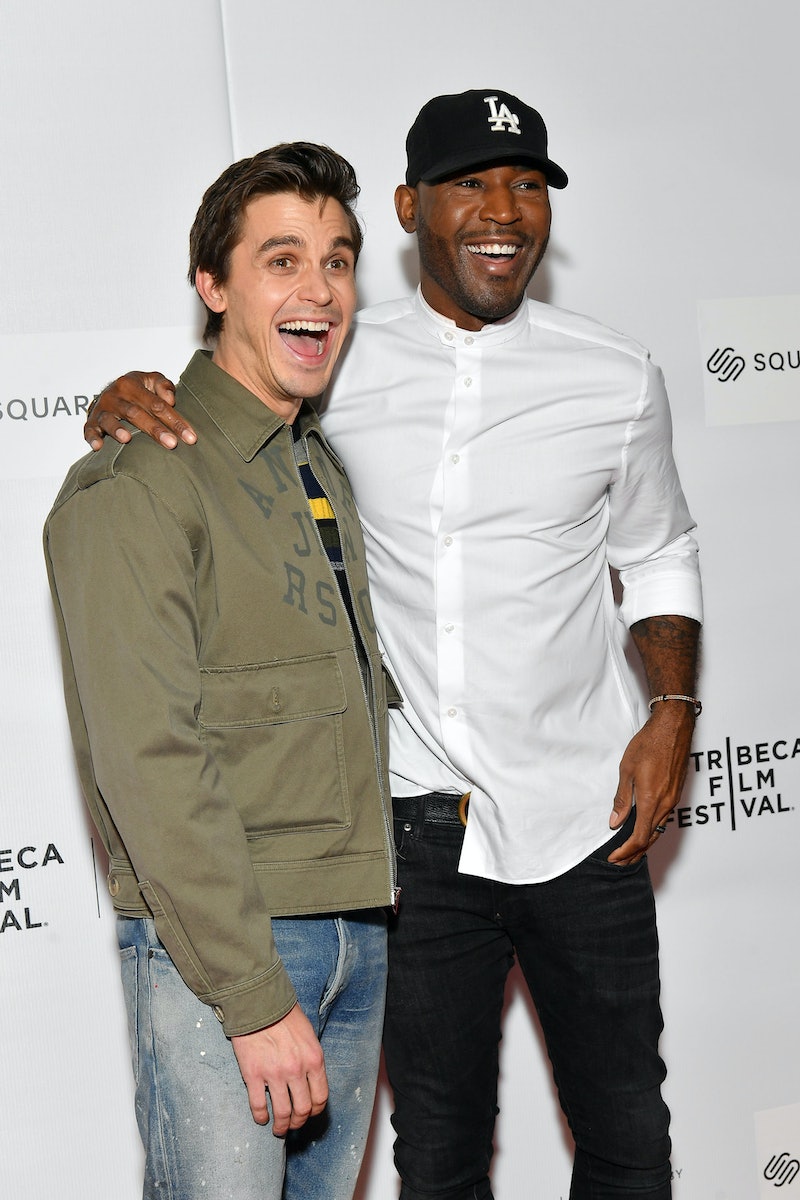 After watching the Fab Five of the Queer Eye revival on Netflix for three seasons now, fans feel like Jonathan Van Ness, Tan France, Karamo Brown, Antoni Porowski, and Bobby Berk are the ideal group of best friends. The makeover gurus have genuine bonds both on and off screen, as proven by their adorable Instagram interactions, but even they have dealt with some conflict amongst themselves in the past. In fact, Karamo Brown's comments on his friendship with Antoni Porowski revealed that the Queer Eye stars actually had some major conflict while filming the first season of the hit series.

The Queer Eye culture expert made the confession during an interview on E!'s Just the Sip on Wednesday, May 15, where he was promoting his newly released memoir Karamo: My Story of Embracing Purpose, Healing, and Hope, and his upcoming new podcast. "My cast mate from Queer Eye, Antoni, people didn't know that we had an extreme amount of conflict," Brown said. ”We did not talk to each other at all during Season 1, even though we were shooting together.”

Brown explained that, although the two put their differences aside when shooting with their hero of the week, they clashed hard when the cameras weren't rolling, often opting to stay away from each other whenever possible. ”On camera, it was always about that person and about creating something successful, and so that was genuine," he said. ”But off camera, the minute that camera stopped rolling, 'Girl don't come near me.' And vice versa, he didn't want me to come near him.”

The only time they would talk was when they re-assured each other that they would focus on the man or woman that received a makeover from the Fab Five that week. “Before we would go on camera, we would say to each other, 'This is not about us. It's about this person’,” he said. “That was big for us, because a lot of people can’t separate their personal issues with the job they’re doing, and he and I never had that issue.”

While Brown said fans would have to listen to his new podcast to find out exactly what they fought about, he did reveal how they grew to dislike each other, despite initially gelling well. "Our personalities got along, but then a third party got involved and once that third party got involved, he and I couldn't even talk to each other because we were too busy hearing rumors of what this third party was spreading about both of us.”

Luckily for the show, and for all of us, they were eventually able to catch on to this person's tricks and almost immediately reconciled. By the time they started doing press and the show premiered on Netflix, their friendship was as genuine as it seemed on-screen. “Once we realized it was a third toxic party messing with us and we were able to reconcile, it took us literally maybe an hour to have a conversation to reconcile our relationship, and we were like, ‘Why did we just go through all those months of BS?’," Brown recalled.

We want to know the same thing (and what the other Queer Eye guys thought about the pettiness), but honestly, why rehash old drama when you could just watch the entire series over again?

More like this
Shaina Explains Why Natalie’s 'Love Is Blind' Text Claims About Shayne Have “No Validity”
By Grace Wehniainen
Here’s Everything Coming To & Leaving Netflix In October
By Jake Viswanath
Netflix's 'Bling Empire' Season 3 Trailer Includes A 'Selling Sunset' Cameo
By Kadin Burnett and Sam Ramsden
What’s New On Netflix: Ana De Armas’ 'Blonde' & A Nick Kroll Special
By Arya Roshanian
Get Even More From Bustle — Sign Up For The Newsletter