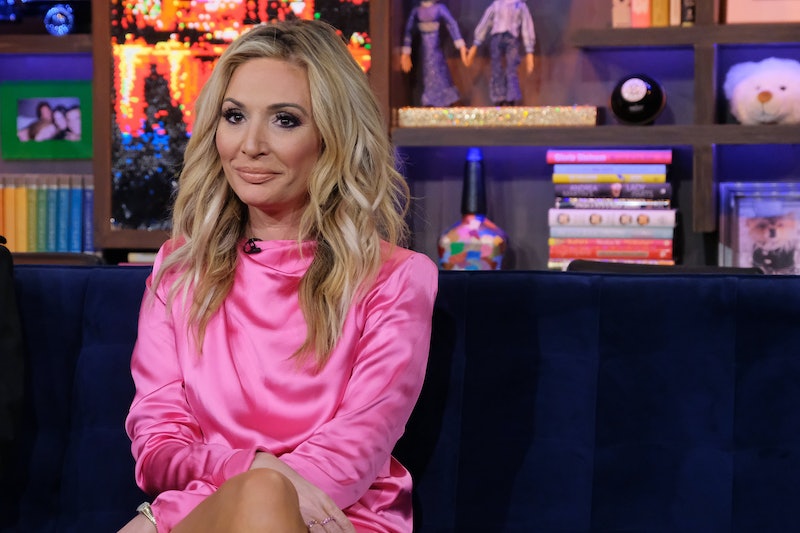 One of the most popular Bravolebrities just said "Ahoy" for the last time. Kate Chastain is leaving Below Deck and will not be returning for the show's eighth season, she confirmed on Instagram Monday, Feb. 17. However, true to Kate's brand, she didn't just formally announce her departure. She wrote a hilarious statement that was more than a little reminiscent of Meghan Markle and Prince Harry's infamous letter announcing their royal exit.

"After many months of reflection and internal discussions, I have chosen to make a transition this year in starting to carve out a progressive new land based role," Kate quipped in an Instagram post. "I intend to step back as a senior member of the Below Deck Family and work to become financially independent, while continuing to fully support His Majesty Andy Cohen."

The reality star served as Chief Stewardess on Captain Lee Robach's yacht for six seasons and was a longtime fan favorite. Captain Lee has not commented on her exit, but it's sure to be a major blow considering how he has called her "one of his best friends." On the Season 7 after show he expressed just how much Kate meant to him, saying, "I'm always going to have her back, because she doesn't shy away from doing the right thing and I'm such a firm believer in that," he said.

While Kate's exit may be disappointing for fans of the show, it's also not too surprising. Season 7 was a particularly tough time for her, as she had to deal with sexist behavior and insulting remarks from male cast members, including bosun Ashton Pienaar and chef Kevin Dobson.

Additionally, Ashton allegedly made unwanted advances toward Kate, kissing her twice without her consent. He claims that the first kiss was "reciprocated," but Kate maintains that she never wanted to be kissed by him ever. Kate seemingly alluded to the tension on the Season 7 finale. “Personally, this has been a very challenging season for me,” she said. “I think I’m ready for a new adventure.”

Considering that Captain Lee said he would "never rehire" Ashton or Kevin due to their behavior, it seems that Kate is genuinely leaving of her own accord. Perhaps "His Majesty Andy Cohen" can make her a Real Housewife now that she's come back to land.