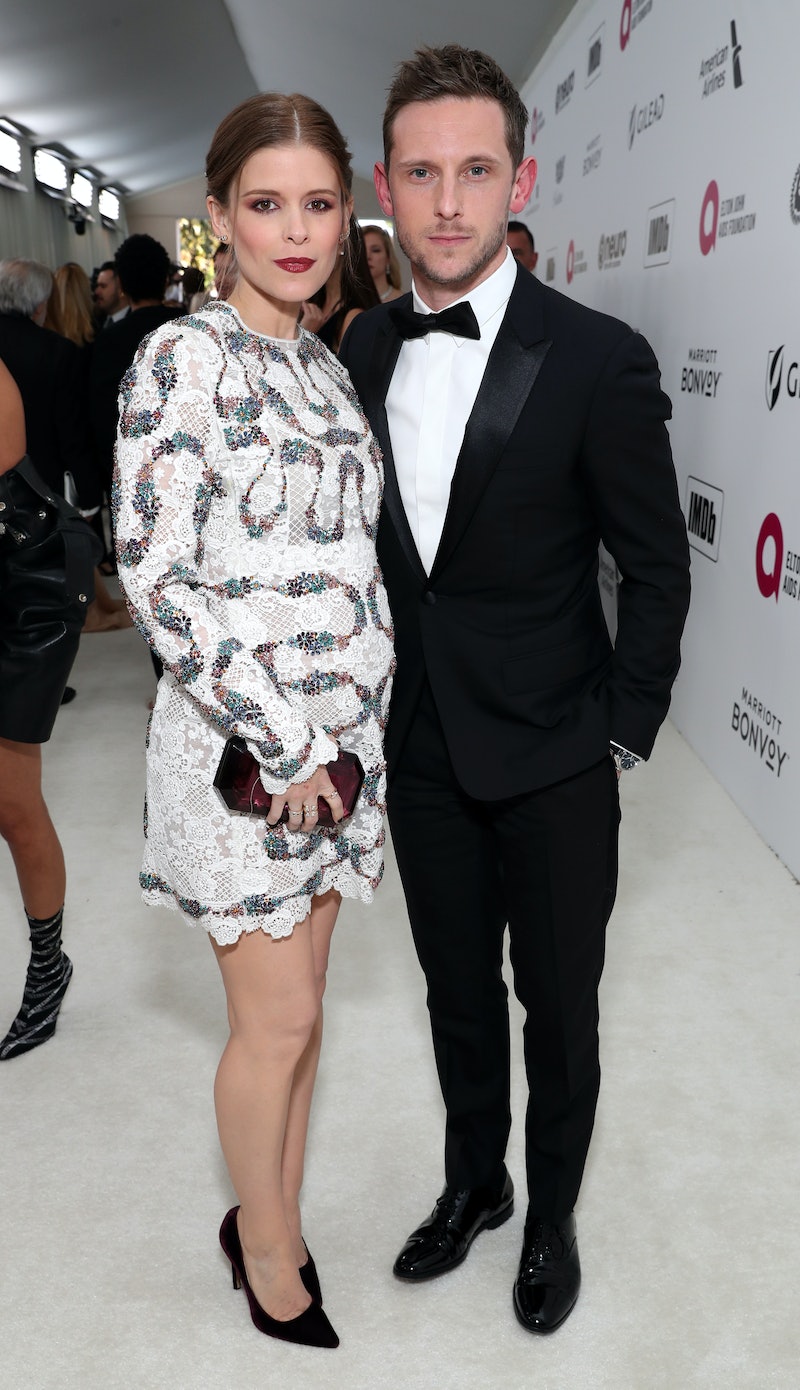 Congratulations are in order for this happy couple. Kate Mara welcomed a baby girl, her first child with her husband Jamie Bell. Alongside a sweet photo showing off their daughter's tiny feet, Mara shared the exciting news on Instagram on Monday. This is the first child for Mara and the second for Bell, who has a 5-year-old son, Jack, with his ex-wife and fellow actor Evan Rachel Wood.

As you can see below, Mara didn't show off her daughter's face, but chose to understandably keep her identity private at this moment in time. She also didn't share any details, including her baby girl's name or date of birth. Rather, the Pose actor captioned the birth announcement,

"We had a baby a couple weeks ago...Here are her feet"

Both Mara's picture and caption are all kinds of adorable. Mara's pregnancy initially surfaced in January. Page Six reported that Mara was five months along. A source also claimed to the outlet that the former House of Cards actor gushed about her pregnancy to Emily Blunt at the 2019 Golden Globes while they waited in line for the bathroom, but made it clear she and Bell wanted to keep their news quiet until they were ready to make an official announcement. (At the time of Page Six's report, Bustle reached out to Mara's reps for comment, but didn't receive an immediate response.)

In February, Mara confirmed her pregnancy while walking the red carpet at Elton John's AIDS foundation Oscars party. She also posted an Instagram with Bell from the event and wrote, "Went on a date with our bun in the oven."

The couple, who got married in July 2017 after dating for a little over two years, are relatively private when it comes to their relationship. That said, Mara opened up to Shape in April 2018 about how important family is to her, especially now that Bell is her husband. She told the magazine,

"My sister, Rooney, lives in L.A., and we see each other as much as we possibly can. My mom is in New York, but she's always flying out to visit us. We're a very close-knit group. And now that Jamie is legally part of my family, it's such an incredible thing."

Mara continued by admitted she's "very protective of our marriage" and that they don't go "longer than two weeks without seeing each other." She also said, "Even if we have to spend all day traveling to have just 24 hours together, it's worth it in order to have a strong relationship."

As for Bell, fatherhood means the world to him. He told the Evening Standard in August 2017,

"I never watch any of the movies I’ve done. I never take any of it that seriously, but without question the thing I’m proudest of achieving is my son. I’m obsessed. Every moment I spend with him I fall a little bit more for him. It’s almost kind of painful. That thing when you are falling into something so unconditionally."

And now here Bell is calling himself dad again to his daughter with Mara. Based on how they've both talked about family, they're going to love every moment with their baby girl.