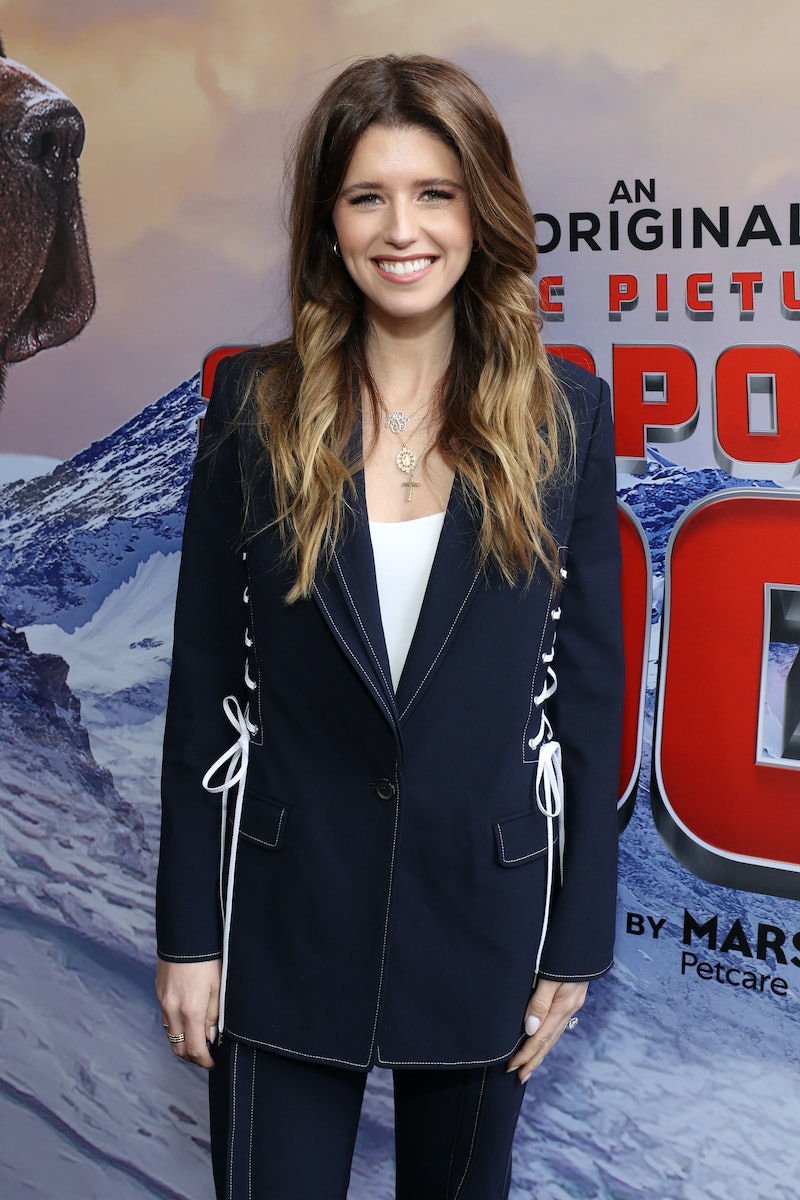 Yes, these two celebrities are on good terms, despite one being engaged to Chris Pratt and the other once being married to him. Believe it or not, but exes and their new partners really can get along. Katherine Schwarzenegger even admires Anna Faris. That's right, Schwarzengger, who's set to marry Pratt, opened up to Us Weekly on Tuesday about how much she looks up to Faris (she split from the Marvel star in August 2017 after eight years of marriage) and her popular podcast, Unqualified.

While discussing the May 14 launch of her own podcast, The Dog That Changed Me, Schwarzenegger said,

"[Anna] has an incredibly successful podcast. I really admire all the work that she’s done, and she’s definitely an expert at it. Learning from her is another huge gift. I have such great people in my life that I’m able to learn from in all different areas of life and, and she’s definitely somebody that I look up to in the podcast world."

How about that? Schwarzenegger truly respects Faris' hard work and the effort she's put into making her podcast a major success. Knowing the Mom star, she'd probably feel the same way about Schwarzenegger. In the past, Faris has had nothing but wonderful comments to say about Pratt marrying Schwarzenegger.

Right after the couple announced their engagement in January, Faris revealed on Unqualified that Pratt actually texted her about his proposal to Schwarzenegger. That's the kind of relationship the former couple maintains post-divorce. As for Faris, she has nothing but love and support for the future husband and wife. She said on her podcast (via People),

"Sweet Chris, my ex, got engaged to Katherine today and I’m so happy for them. I knew that it was gonna happen, and I love her and I love him. I’m just so happy that they found each other."

"Chris texted me this morning and he was like, you know, I proposed to Katherine last night. And I was like ahhh, that’s amazing. And I texted him back like, just want to remind you I’m an ordained minister!"

See? That's not the type of response an ex would give unless they really didn't mean it. Faris really is happy for them. Like she also said on her podcast, "I do want to congratulate Chris and Katherine. I do love you and congratulations and I’m thrilled. They’re both f*cking amazing people and I’m so happy."

Even before discussing their exciting news on Unqualified, Faris commented on Pratt's Instagram photo that served as his engagement announcement. She wrote, "I'm so happy for you both!! Congratulations!"

Both Faris and Schwarzenegger have made it clear that they have nothing but support for each other. There isn't a feud or any negativity between them, which is why Faris opened up on her podcast in the first place. She wanted to "just have my voice heard on the matter." As Faris also made known, "The truth is there isn’t any bitterness, and I’m just so happy that we’re all really happy."

It's lovely to watch from the sidelines as Schwarzenegger and Faris continue to uplift each other. Their positive comments probably make Pratt happy, not to mention they also benefit Jack, Faris and Pratt's son. There's no doubt all three are handling this next step in their lives in such an admirable way.