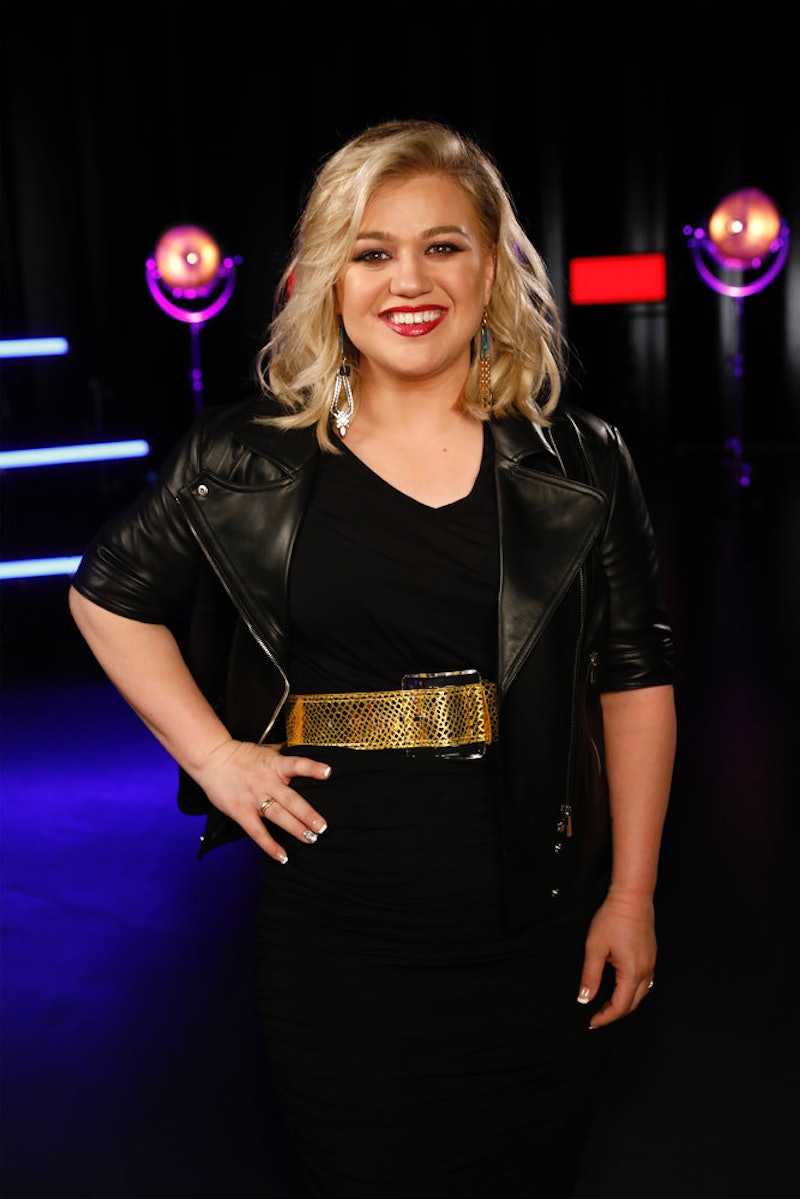 People must have loved her last year, (but really, who wouldn't?) because Kelly Clarkson is hosting the Billboard Music Awards again. She led the 2018 show, and according to a statement from Billboard, she and the crew plan to really outdo themselves this time around. "I had so much fun hosting the Billboard Music Awards last year that I'm back for more," Clarkson said in the statement. "We're turning it up a notch this year and I can't wait to celebrate all of my fellow amazing artists for another unforgettable night of live music."

Last year is going to be pretty difficult to top, considering Clarkson kicked off the night by performing an iconic, fired-up medley of the year's greatest hits with her own spin. It included a song from every genre, from a sample of Maren Moriss' "My Church" to Kendrick Lamar's "Humble." The act was completed by a trove of backup dancers, acrobatics, and over-the-top props, making it the perfect way to set the energy for the night.

Later, when Janet Jackson accepted the Icon Award, she solidified the show as one to remember, using her acceptance speech to acknowledge the importance and power of the #TimesUp and #MeToo movements. And in an interview with the Associated Press, Clarkson said she was excited to honor even more female icons this year.

"With not only Madonna, but Mariah [Carey, who's receiving the 2019 Icon Award], Paula [Abdul], like all of these female icons that are gonna be at the show this year... and last year was Janet. It's just kind of an amazing thing," she said. "Especially for my generation and for women specifically, because these are all musical heroes for us, like, when we were kids. And still doing it. Like that's an amazing thing, and it's hard in this industry because people can be a little bit, you know, people frown upon age with women sometimes."

Sure, Billboard could've chosen someone new to host the show this year, but why bother when Clarkson already nailed it? Plus, she's the ideal Billboard representative, considering that she has 27 hits and counting on the Hot 100, and 11 of those have reached the top 10. Three of her songs — "A Moment Like This," "My Life Would Suck Without You," and "Stronger (What Doesn't Kill You)" — even went No. 1.

Furthermore, Clarkson has really refined her hosting skills with a growing number of TV appearances, including her coaching gig on The Voice and the recent announcement of her own daytime talk show called The Kelly Clarkson Show, which launches in September.

She told Entertainment Tonight that she's nervous for her talk show's premiere, but perhaps the BBMAs will be a good test run. "I'm, like, really excited about it, but I'm slightly terrified that people have that much confidence in me," she said. "I'm like, 'God, I hope I don't let people down!'"

Clarkson hasn't let anyone down this far into her career, and just as she will with this year's BBMAs, she's going to crush it. What doesn't kill her makes her stronger, right?