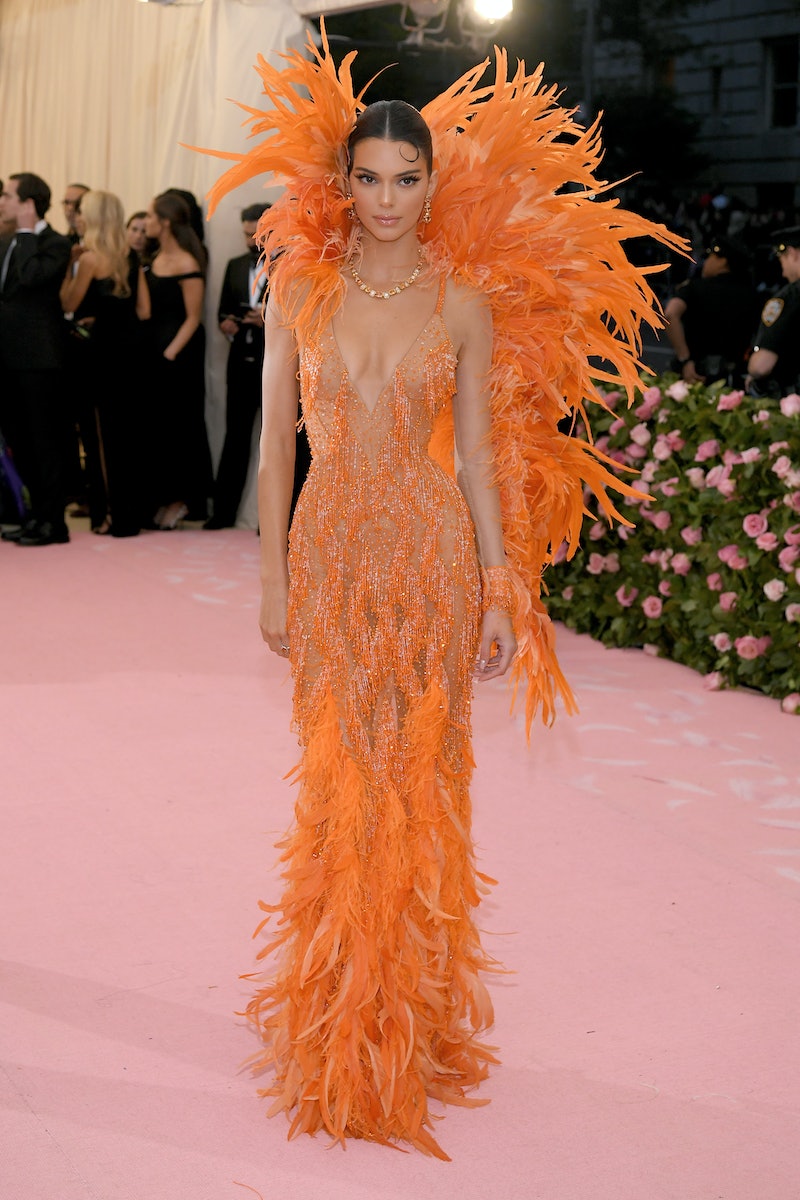 The Bendall Era may be over. Kendall Jenner and Ben Simmons might've broken up, according to a new Page Six scoop. On Wednesday, May 22, the outlet reported that a source claimed the couple called it off last week. That same day, People reported that an insider said the Keeping Up with the Kardashians star and the Philadelphia 76ers star are just “on a break,” before adding that the “relationship ran its course.” So, Bendall might be done, but they may not be done-done? (Bustle reached out to representatives for Kendall and Simmons, but did not receive an immediate response.)

Kendall and Simmons reportedly still get along, but apparently, their jam-packed schedules do not. On Thursday, E! reported that a source claimed the pair ended their relationship before the 2019 Met Gala and are “on good terms.” According to E!'s source, "Kendall knew she had several out of the country trips coming up and thought it would be best if they took some space. It's been hard for them with the time differences and both of their schedules but there is a chance they will get back together."

A source told Entertainment Tonight that they are "extremely busy" and the timing just is not right. ET's insider also pointed out that they have "taken breaks in the past and have gotten back together." Us Weekly's sources claimed the split did not come out of the blue; they apparently started "to cool off recently" and are "busy doing their own things and realize they’re young and want to have fun."

Kendall and Simmons have been reportedly linked for about a year, but they’ve made a serious effort to keep things under wraps. Sure, there have been photos of them together, and yeah, Kendall has been spotted sitting courtside at his games, but they have only barely publicly acknowledged their relationship. It was not until Kendall went on The Ellen Show just this February and told host Ellen Degeneres that they’d been dating “for a bit now” that we had an official confirmation.

Kendall likes to keep her private life, well, private, and that is her prerogative. It also happens to be a pretty tall order when you are a very famous model who is part of a very famous family and romantically linked to a very famous NBA All-Star. But hey, she makes it work. “I got a glimpse of how my sisters dealt with [the attention] and it’s cool to learn from that,” she recently told Vogue Australia. “For me, a lot of things are very special and very sacred, like my friends and relationships, and I personally think that bringing things into the public makes everything so much messier.”

“A relationship is only meant to be between two people, and the second you make it the world’s business is when it starts messing with the two people mentally. Like once everyone is let in, you’re letting all these opinions into your relationships, and I don’t think that’s fair.”

Live your truth Bendall— er, excuse me, Kendall and Ben. Man, if they do break up for good, I sure will miss saying "Bendall."