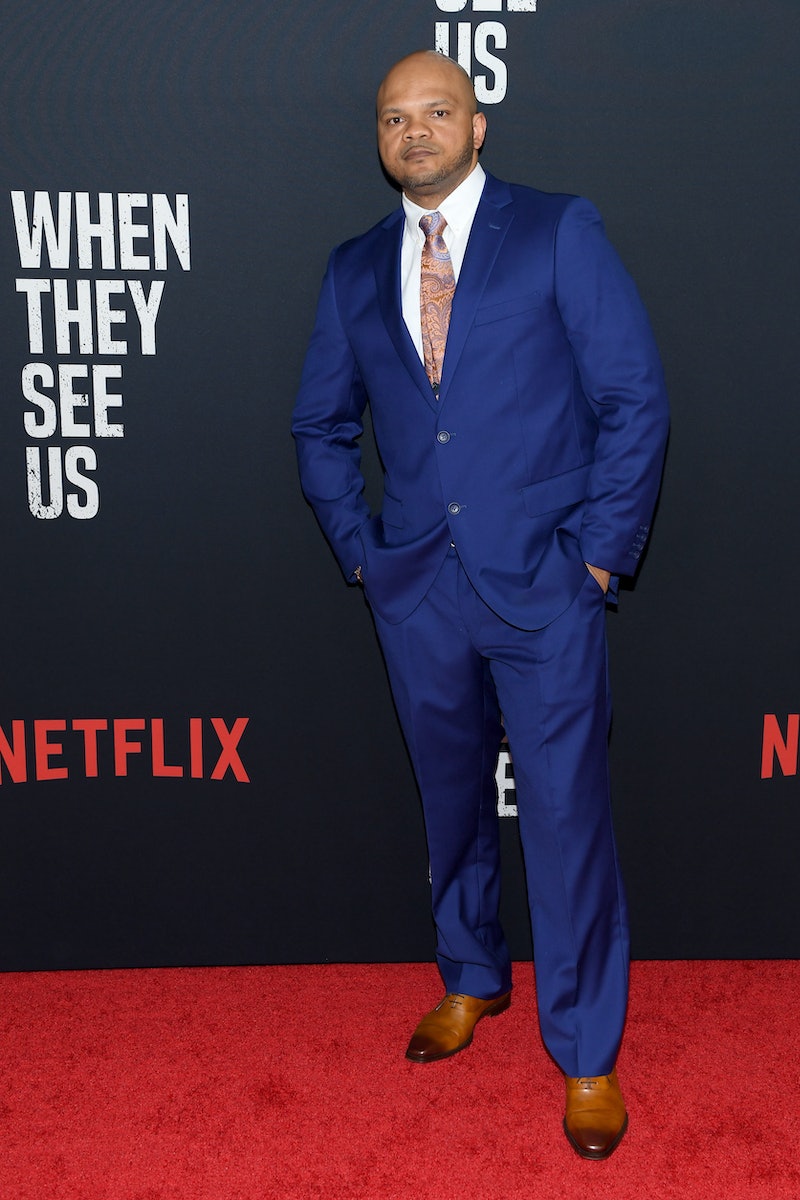 Three decades after the Central Park Five were wrongly accused of a terrible crime, Ava DuVernay is bringing their journey to the small screen. Netflix's When They See Us will follow the unfortunate series of events, and the real people involved have been a part of DuVernay's vision from the beginning. Updates on Kevin Richardson in 2019 show that he's shared his life story with the director, and that he continues to do work to help wrongfully convicted people around the country.

According to CBS News, the entire ordeal started back in 1989 when a 28-year-old white woman named Trisha Meili was found beaten, sexually assaulted, and unconscious in Central Park after she'd gone for a jog. That same night, a group of five Black and Hispanic teenagers, ages 14 to 16, were in the park, and quickly found themselves the focus of investigators. They were soon arrested, and charged with attempted murder, rape and assault, and a whirlwind of racist media coverage ensued.

Richardson, Raymond Santana, Yusef Salaam, Antron McCray, and Korey Wise all spent years in prison for the attack before their sentences were vacated in 2002 due to DNA evidence and a new confession by the actual culprit, according to The New York Times. In 2014, the five men received a $41 million settlement from the state of New York. They have maintained that authorities coerced them into giving their initial confessions, NBC News reports.

According to Elle magazine, Richardson has gone on to become involved with the Innocence Project, the organization that helped exonerate the five and works with countless of other wrongful accusations. And in 2017, Richardson spoke about his disturbing experience as part of the Talks at Google series.

“There was such a media frenzy, during that time... we were physically scared to come outside. I was 15 years old at the time, and I remember my family just hovering over me going to court, taking the train and getting out at Canal Street and walking into the courthouse and seeing these signs, and my mother seeing these signs about her children and the other guys as well... I thought I was in a nightmare and I actually didn’t wake up from it. I thought every day, 'What’s going to happen to me? What’s going to happen to my mother?'"

DuVernay said that sharing a meal with Richardson and some of the other men was a powerful enough experience to make her want to tell their story. After Santana tweeted at her that she should consider making a film out of the situation, they managed to connect with the legendary filmmaker.

"I found myself at a dinner in Harlem with Kevin [Richardson], Yusef [Salaam], and Raymond [Santana]. It was very powerful to have them all together,” DuVernay told Vanity Fair. "The thing that really struck me is no one’s ever heard their story beyond 'the crime,' or the night itself. The documentary does a beautiful job of recounting that night, but when I sat with them and they told me about everything else, that was really fascinating."

In the miniseries, Richardson is played in his younger and older versions by Asante Blackk and Justin Cunningham, respectively, and the actors were able to meet their real-life counterpart, according to the Chicago Tribune. Richardson's experience is not only found all over When They See Us, but also within the overall conversation about social justice and wrongful convictions in this country. Hopefully this project drives even more of the conversations we need to have for years to come.

More like this
If 'Entergalactic' Season 2 Happens, You Could Get A New Kid Cudi Album
By Kadin Burnett
Watch The Thrilling Teaser Trailer Of 'Shadow And Bone' Season 2
By Gretchen Smail and Jack Irvin
Here’s Where You Can Stream 'Schitt's Creek' After The Comedy Leaves Netflix
By Brad Witter
Jeffrey Dahmer’s Arresting Officer John Balcerzak Got His Job Back After Being Fired
By Grace Wehniainen
Get Even More From Bustle — Sign Up For The Newsletter