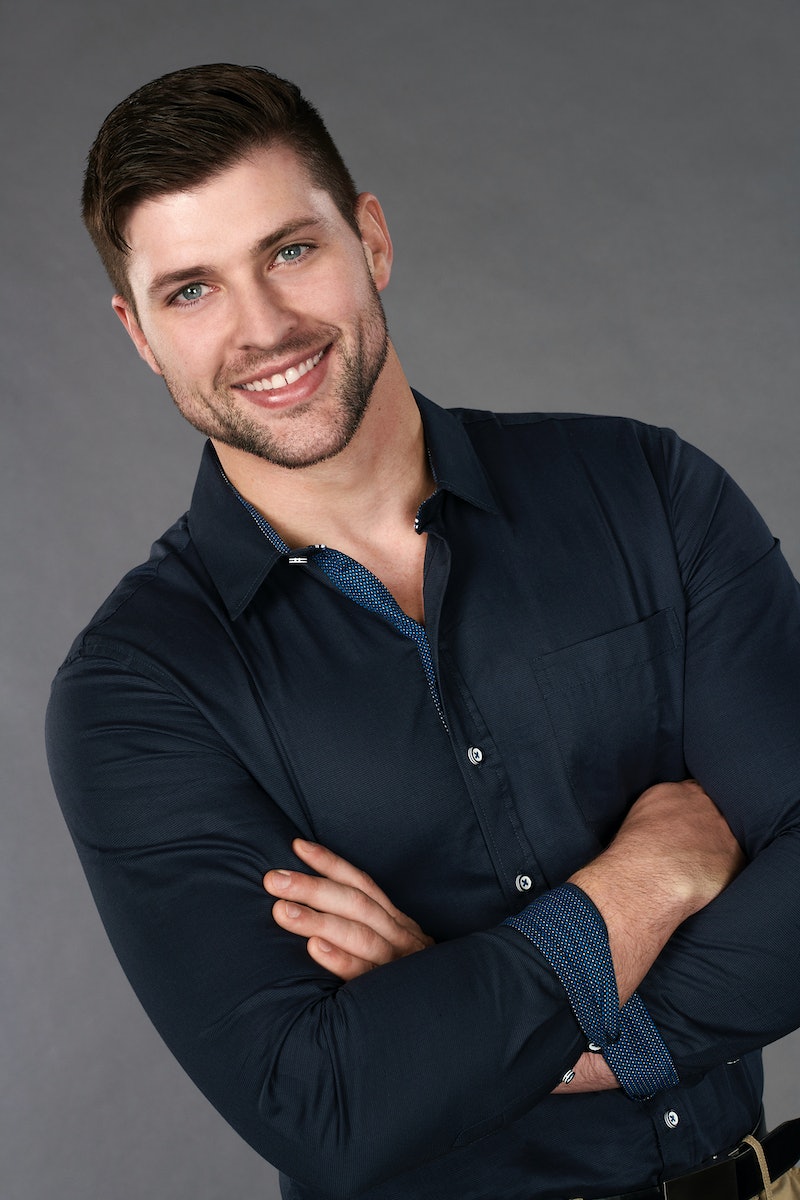 Three words can be used to describe Kevin Fortenberry's Instagram: working out and Chipotle. He barely made it to week two on The Bachelorette thanks to Scott and his girlfriend drama that stole time from everyone's night, so he hasn't yet had the chance to tell Hannah B. more about himself. But when he does, there's a good chance he will mention those two things, considering they're what he talks about most online.

A good portion of Kevin's Instagram feed features shots of his body from the neck down — body-building progress photos. He's very dedicated to the gym and fitness, and well, it shows. His favorite post-workout meal? Two Chipotle burritos. By the looks of the "C" and "S" scrawled onto the aluminum-wrapped snacks in his May 16 post, he prefers one with steak and one with chicken. "What are you eating when you are watching @bacheloretteabc?" he captioned the post. "My go to is @chipotle!" Despite his enthusiasm for the restaurant chain, there's no disclosed sponsorship in sight. But there's still time for that to change.

Kevin even goes as far as to snuggle his burritos. On May 17, he shared a selfie of him laying down, two burritos wrapped like presents on his chest. "Only a real man knows how to nurture his @chipotle burritos!" he wrote. "My always and forever post workout meal!" If Kevin ends up with Hannah in the end, will he really be hugging burritos on Instagram? He would probably rather be cuddling with her, but ya know, to each his own.

According to his bio for the show, Kevin is a behavioral health specialist for the U.S. military, where he counsels veterans through related trauma. He used to be an active member of the army's national guard. His bio also says he loves to sing and play the piano, and is a huge fan of the Harry Potter series. As if that wasn't enough for Hannah to love, he frequently drinks Barefoot's Moscato wine (two bottles after a bad day) and has the cutest dog who's always waiting to greet him when he gets home from the gym.

As you may be able to tell from his wealth of fitness posts, when Kevin loves something, he loves it with all he has. According to his bio for the show, that's why past relationships of his haven't worked out, because he "loves too hard." And that's not an exaggeration, considering his love of the gym has kept him from traveling to any place without one nearby, according to his bio.

Due to Kevin's inherent passion, if things don't work out with Hannah, things could go downhill fast. So hopefully he doesn't get caught up in the Luke P. drama being teased in this season's trailer. When harbored in the best way, Kevin's passionate side could be exactly what Hannah's looking for. She needs someone who will love her "imperfect" self, as she put it in her toast on night one, and Kevin seems like a guy who would do just that. As long as she likes Chipotle.